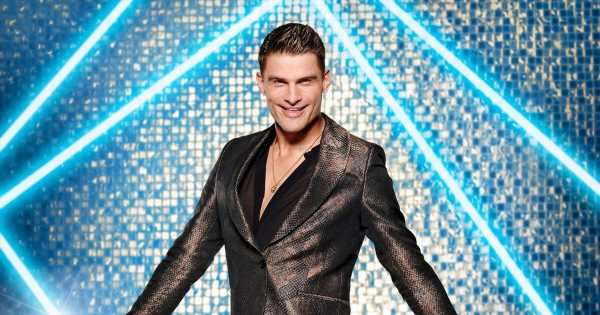 Producers of hit BBC dancing show Strictly Come Dancing have revealed who will replace Aljaž Škorjanec during the next series.

30 year old Aljaž shocked fans as he announced he was leaving the show on Monday 28 March after nine successful years.

He will be replaced by Cameron Lombard who joined Strictly as a professional in 2021, dancing in group numbers. He also appeared on the live tour.

It will be the first year Cameron has been paired with a celebrity partner and he is also the youngest professional to ever be signed on the show at just 21 years old.

A source toldThe Sun: "Cameron is a big character, as well as a hugely talented dancer. He was disappointed not to get a partner for the last series but 2022 is set to be his year.

“He’s already a favourite with hardcore Strictly fans who have seen him on tour, and bosses are confident mainstream audiences will follow suit."

Cameron is the South African Latin Dance Champion and he represented South Africa at the World Latin Championships in 2019. The talented youngster also runs his own dance school.

He will join returning professionals such as Johannes Radebe who won the 2021 series with John Whaite, as well as Nikita Kuzmin and Kai Widdrington.

Aljaž broke the news of his decision to quit to his 543,000 Instagram followers in an emotional post. He wrote: "On a beautiful sunny day in May 2013 one phone call changed my life forever!

"It went like this… We would like to offer you a position on @bbcstrictly as a professional dancer. A dream became a reality and it was the biggest opportunity for a 23 year old boy from Slovenia.

"It didn’t matter how many beautiful ballrooms I performed in during my competitive career, stepping onto the sacred Strictly floor was the most nervous I had ever been.

The popular star – who won the show alongside Abbey Clancy in 2013 – added: "A little while ago I made the tough decision that Strictly 2021 would be my last.

"The show has given me an opportunity and freedom to create and express myself in front of millions of people every weekend for the last 9 years.

"The love and support I got from the team of producers was second to none. @jasongilkison, @sarahjamesface, @kimwinston, @jack.will.g are just a few of the unsung heroes behind the success of the show – I am forever grateful to them!"

The Slovenian star’s wife Janette Manrara also famously quit her role as a professional on the show in 2021 to become a host on the Strictly sister show, It Takes Two.

Janette admitted she had “sadness in her heart” about Aljaž's time on the show coming to an end, but was excited about his new “adventures.”

Stay up to date with all the latest on Strictly Come Dancing by signing up to OK!'s daily celebrity newsletter .