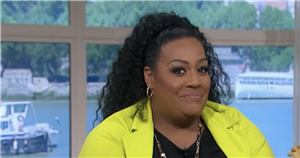 Alison Hammond has confirmed whether or not she'll be returning to I'm a Celebrity… Get Me Out of Here!

It has been reported that an all-star version of the gruelling ITV series is in the works and is set to be filmed in South Africa.

Telly favourite Alison, 47, appeared in the tenth series back in 2010 and came tenth place.

She discussed potential return to the jungle with co-host Dermot O'Leary during Friday's episode of This Morning.

When asked if she'd consider going back, Alison said: "I don't think I would do it."

She added that she "didn't enjoy not being able to have a shower" and was "missing home aswell".

The new stand alone show will reportedly run in addition to the usual annual ITV programme, which is set to return to the Australian jungle this year after two years in Wales.

Channel bosses have reportedly signed up Ant McPartlin and Declan Donnelly to host the show and legendary contestants from the past will allegedly take part in trials while living in camp.

A source told MailOnline: "The team behind I'm A Celebrity are making a brand new spin off of the hit series featuring the most loved, favourite campmates from previous years.

"The campmates will be doing trials and living in the camp environment, but with fresh and exciting new twists, and they will have a hand in their own destiny through a series of internal votes and challenges.

"The new edition is likely to air in 2023 but before that viewers will get to enjoy the show's much anticipated return to Australia in November."

It has been reported that the spin-off show will not have any public vote like the other series.

It's thought the all-star show will be a slightly shorter format of two weeks instead of the usual three.

It was recently reported that this year's planned series in Australia will air three weeks earlier so it doesn't clash with the 2022 FIFA World Cup.

According to reports, ITV bosses have moved the start date for the first time in the show's history to October 30.