Alison Hammond and Dermot O’Leary were treated to a special live performance by the West End cast of My Fair Lady on Friday’s episode of This Morning. Alison broke down in tears following Amara Okereke’s rendition of Wouldn’t It Be Loverly as leading lady Eliza Doolittle. The ITV presenter revealed she was emotional “seeing a black woman in that role”.

Amara, 25, has starred in the likes of Les Miserables and has more recently been the star of My Fair Lady.

The singer and her West End co-stars performed Wouldn’t It Be Loverly to This Morning viewers outside the ITV studio dressed in costume.

Alison was touched by the beautiful rendition of the iconic song and came over to Amara with Dermot to congratulate her.

But the presenter was visibly emotional as she was walking over to Amara and ended up crying as she spoke to her. 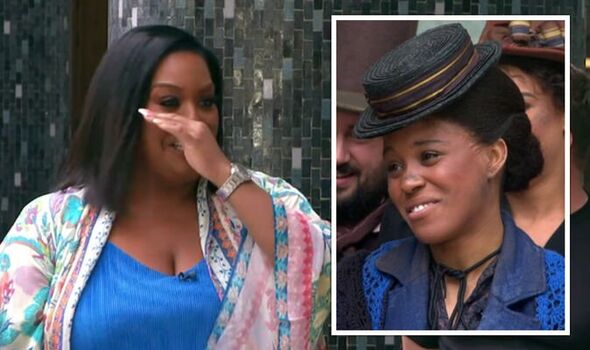 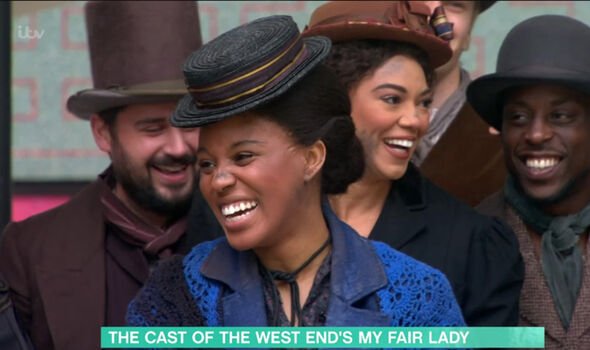 “I’m so emotional,” Alison began. “I can’t believe how emotional I am just watching that.”

She tearfully said: “Seeing a Black woman in that role, which I’ve watched since I was a child – I never thought I would ever see anything like that.”

The host went on to tell the West End performer: “Doing that role, the representation, what it means to people like me, honestly it’s wonderful.” 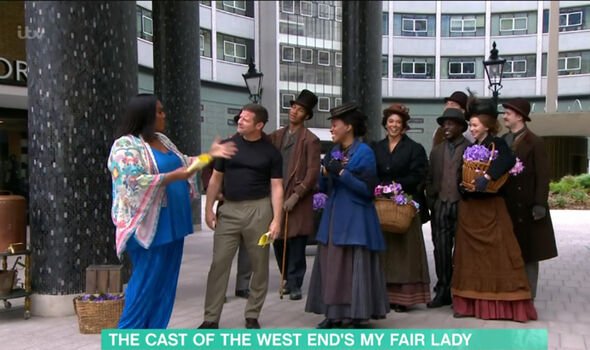 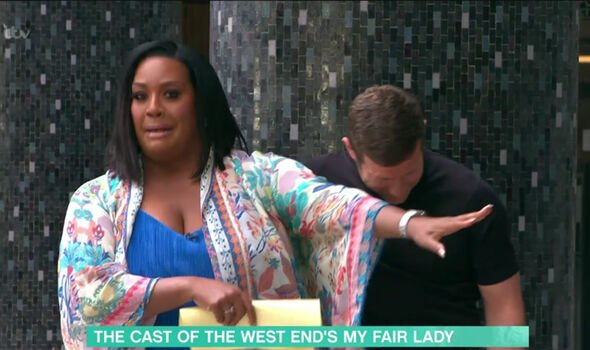 “It was such a beautiful performance,” Alison gushed as she tried to fight back tears.

Struggling to speak, Alison passed the interviewing on to Dermot who asked her about playing the leading role.

Amara said it felt “amazing” to be playing Eliza on the stage to crowds.

However, she admitted: “I can’t lie, it’s intimidating to follow in the footsteps of so many iconic women that have played the role.”

Actresses such as Dame Julie Andrews and the late Audrey Hepburn have played the role of the Cockney flower seller over the years.

“I feel honoured to even have my name in the same sentence as Julie Andrews, to be honest,” Amara added.

The actress revealed she was emotional when she landed the role after auditioning.

She told Alison she “pretty much” had the same reaction as the ITV host had watching her perform.