The One Show: Ian McKellen asks if 'nobody is watching'

Alex Jones and Ronan Keating presented The One Show on Monday (June 14) night, but they weren’t on their usual channel of BBC One. Viewers instead found the pair hosting the show on BBC Two while coverage of The UEFA European Football Championship aired during their usual slot. But, one guest couldn’t help but tease presenters Alex and Ronan about the scheduling change.

Alex and Ronan presented The One Show from BBC Two on Monday night, while football fans watched Spain vs Sweden on BBC One.

The pair welcomed Sir Ian McKellen onto the program to speak about his latest theatre production, but the actor couldn’t help but highlight the channel change.

Ronan began the show by introducing Ian as the special guest for the episode.

He said: “Here with us is one of our biggest acting stars, whose one-man show recently raised millions for struggling theatres up and down the country, it’s Sir Ian McKellen.” 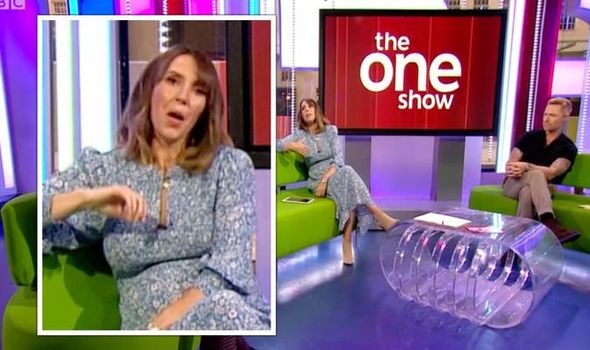 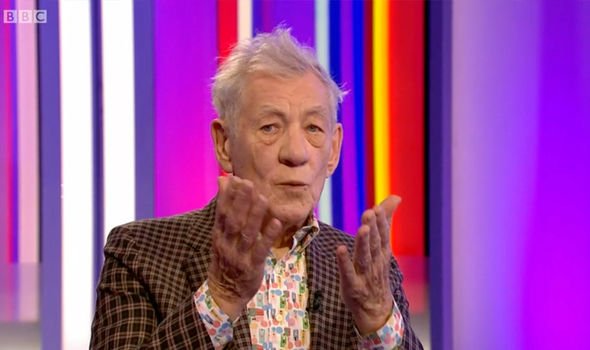 “Always a pleasure to have you with us and so nice that you’re here in the studio,” Alex remarked.

Ian replied to the warm welcome, saying: “Thank you it’s very nice to be here.”

But, he then began teasing the hosts about the scheduling change, asking: “Are we on BBC Two or BBC One?” 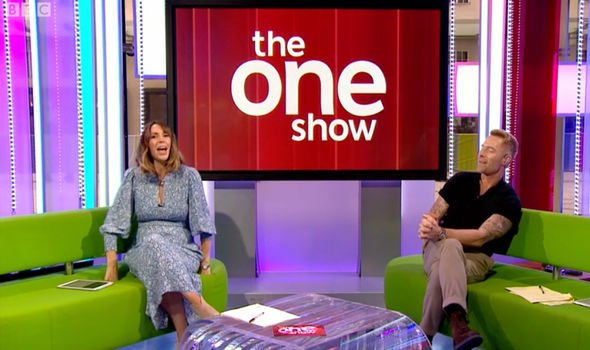 “Oh no, everyone’s watching,” Ronan joked, causing the actor to burst out laughing.

One puzzled viewer wrote: “‘the one show is starting now on BBC 2’ what”

“I see ‘The One Show’ has been shunted into the sidings of BBC 2, about time too!” Another commented.

Meanwhile, other viewers reassured The One Show team that they were still in fact watching the show, even though it wasn’t in its usual place.

“We are still watching on BBC 2, great show! Thanks Steph and Ian x” another viewer wrote.

However, Alex and Ronan informed fans that the show would soon be back in its regular home on BBC One.

“That’s it for us tonight, thanks to our guests Sir Ian McKellen and HRVY,” Ronan said.

“We will be back tomorrow with singer Noel Gallagher and actors James McAvoy and Sharon Horgan,” Alex revealed.

She added: “Have a lovely evening and we will see you tomorrow back on BBC One.”

The One Show airs weeknights at 7pm on BBC One.