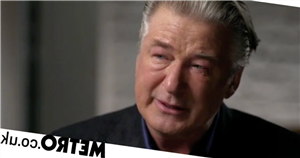 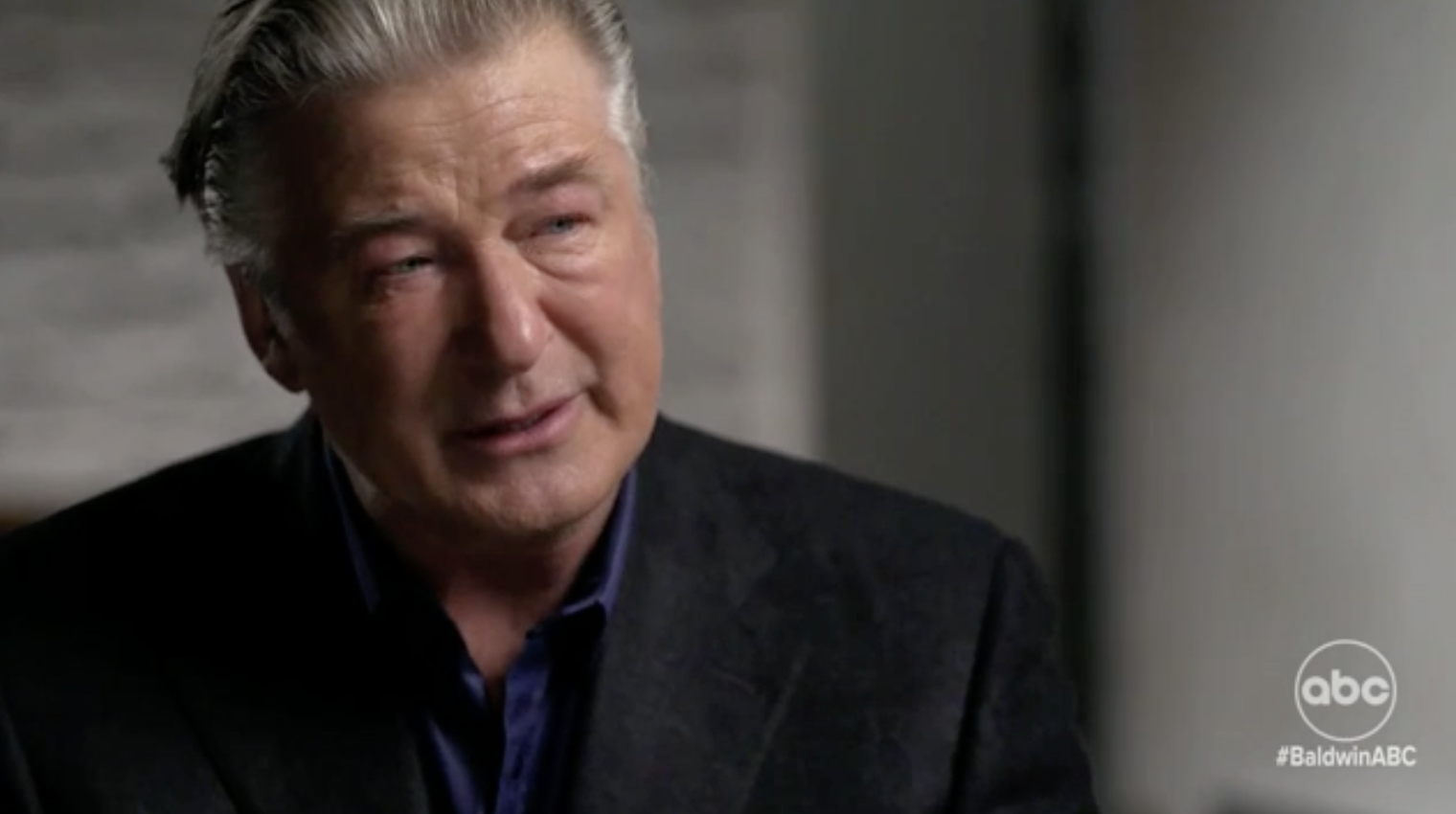 Alec Baldwin said he feels ‘no guilt’ over Halyna Hutchins’ death, because ‘someone else is responsible’ for the shooting.

The 63-year-old had been holding a gun on set of Rust which discharged, fatally shooting the cinematographer, 42, and injuring director Joel Souza.

Appearing in a sit-down interview on ABC, he detailed the moment of her death to George Stephanopoulos, insisting he didn’t pull the trigger.

The host asked: ‘You felt shock, you felt anger, you felt sadness. Do you feel guilt?’

‘No, no,’ he replied. ‘I feel that there is… Someone is responsible for what happened and I can’t say who that is, but I know it’s not me.

Baldwin discussed the moment that Hutchins was shot, and revealed that he initially didn’t understand what had happened, believing that she had fainted at first.

‘Halyna and I had something profound in common – we both presumed the gun was empty,’ he told the ABC host, explaining that they were in a ‘marking rehearsal’ at the time of the tragedy.

He said she told him to point the gun in her direction, and aimed it ‘below her armpit’.

‘So I take the gun and I start to cock the gun. I’m not going to pull the trigger,’ he continued.

‘I’m holding the gun where she told me to hold it.’

It was then he released the ‘hammer’, and the fatal shot rang out.

‘The gun was supposed to be empty, she goes down. I thought to myself, “Did she faint?”

Baldwin said he learnt of her death at the end of an interview with officers.

Baldwin broke down in tears as he spoke of meeting Hutchins’ husband Matthew and their son, after the ordeal.

‘Even now, I find it hard to believe that, it just doesn’t seem real to me.’

Baldwin said Matthew was ‘as kind as you could be’ when they met.

’I didn’t know what to say. He hugged me and he goes, “I suppose you and I are going to go through this together” And I thought, well, not as much as you are,’ he said. ‘His little boy is there, who is nine years old.

‘Of the six kids that Hilaria and I have, my oldest is eight. I have a nine-month-old baby. And I think to myself, this little boy doesn’t have a mother anymore.

‘There’s nothing we can do to bring her back.

‘I told him, “I don’t know what to say, I don’t know how to convey to you how sorry I am, and how I’m willing to do anything I can to cooperate.’

Telling his family about what happened

Baldwin explained that he doesn’t make many movies anymore because he doesn’t like to travel and be away from his family for long periods of time, meaning that his work on Rust was ‘a big deal’.

He said that the first member of the family that he spoke to about Hutchins’ death was wife Hilaria, and then he discussed everything with his children.

‘I had to tell my two older kids what happened, my wife and I told them what happened, because they’re gonna go to school… It’s less about what kids say in school than what the parents say at school,’ he said.

‘I don’t want to sound like I’m a victim. We have two clear victims here.’

Stephanopoulos questioned: ‘Is this the worst thing that’s ever happened to you?’

‘Yes. Yeah,’ he responded. ‘Because I think back, and I think of what could I have done?’

Hitting back at Hollywood criticism

In the wake of the incident, many other Hollywood stars spoke out over safety protocols on set, sharing their own experiences and calling for stricter policies surrounding live guns and ammunition.

Addressing comments made by George Clooney and others, he confessed that their input ‘didn’t help’ the situation.

‘There were a lot of people who felt it necessary to contribute some comment to the situation, which really didn’t help the situation at all,’ he told Stephanopoulos.

‘You have your protocols, you’re checking the gun every time… Good for you.

‘I’ve probably handled weapons as much as any other actor in films with with an average career, again shooting or being shot by someone. In that time I had a protocol, and it never let me down.’

Baldwin recounted how much the shooting has had an impact on him, but insisted that he didn’t see himself as a victim in the situation.

After Hilaria previously shared her worries that he was struggling, he revealed: ‘I have dreams about this constantly now. I wake up constantly where guns are going off.

‘I haven’t slept for weeks. I’ve really been struggling physically. I’m exhausted from this.’

He has been cooperating with detectives amid a police investigation into the incident, and has kept a low profile following the tragedy.

The 30 Rock star spoke out in the days after the tragedy, expressing his sadness at the incident in a statement on social media.

‘There are no words to convey my shock and sadness regarding the tragic accident that took the life of Halyna Hutchins, a wife, mother and deeply admired colleague of ours,’ he tweeted at the time.

‘I’m fully cooperating with the police investigation to address how this tragedy occurred and I am in touch with her husband, offering my support to him and his family.

‘My heart is broken for her husband, their son, and all who knew and loved Halyna.’