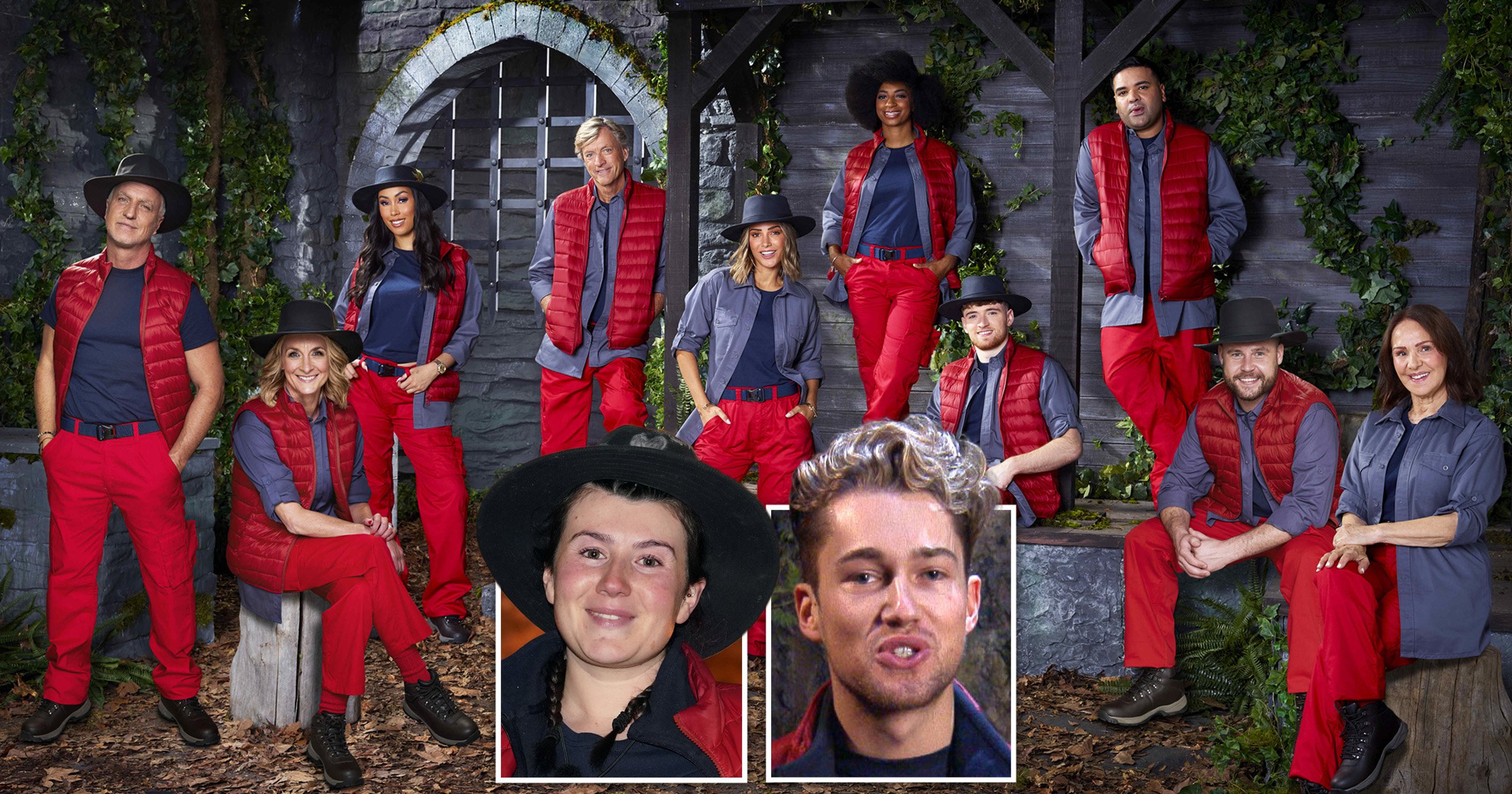 I’m A Celebrity… Get Me Out Of Here! 2021 has finally arrived, with viewers eager to watch the new line-up including Louise Minchin, David Ginola, Frankie Bridge and Richard Madeley take on an assortment of terrifying Bushtucker Trials inside Gwrych Castle.

Last year, the cast of the ITV series became the first to enjoy the experience of the show in Wales, as Covid-19 restrictions prevented the crew from returning to the camp in Australia.

Former Strictly Come Dancing pro AJ Pritchard and Paralympic athlete Hollie Arnold MBE were able to experience the castle for the first time in 2020, embracing the colder temperatures and medieval-inspired challenges as they watched Giovanna Fletcher win the crown.

Ahead of the new series, Metro.co.uk spoke to AJ and Hollie about their time on programme, asking for any pearls of wisdom they have for stars such as Kadeena Cox, Matty Lee, Danny Miller and Arlene Phillips as they don the iconic I’m A Celeb outfits.

From getting hangry to embracing the gross moments, here’s what they had to say!

The cold always bothered me anyway

Some might think that this year’s cast had a bit of an advantage, having seen what it was like to be in the castle while watching the series in 2020.

Nonetheless, the cold will be something they have to get used to, with AJ remarking that perhaps they were able to prepare for it by doing things such as turning their heating off in advance and knowing to wear two pairs of socks.

So what can the campmates do to handle the freezing temperatures? In AJ’s opinion, keeping moving is essential to keeping that body temperature up as much as possible.

‘I think the one thing that kept me going when it got cold was keep moving. Go get the logs, chop the logs, get the fire going, sit by that furnace – keep moving is key,’ said AJ, who’s starring in a pantomime of Cinderella with his brother Curtis Pritchard at Wolverhampton Grand Theatre this festive season.

‘The more you sit down and lie down and think I’m going to conserve my energy, honestly, it backfires on you, cause then you just can’t get warm.’

Be smart with portion size

Everyone knows that one of the hardest parts of I’m A Celeb is dealing with the hunger, especially if people are used to eating larger portions on a more regular basis in the real world.

As an athlete, Hollie was not pleased with having to get used to a diet of beans and rice, admitting that she couldn’t eat rice for three months after she exited the castle.

She explained that the 2020 class cleverly ensured when measuring out their equal portions that there would be enough left over for meals just in case they didn’t win enough stars in trials for more food.

‘I think that would be number one – be really careful with portions, do something clever like that to make sure you have got something for the evening to eat, otherwise you’re cold and you’re hungry and it’s not a good combination whatsoever,’ she said.

Enjoy every moment – even the gross parts

Despite all the challenges that they face on the show, critters and all, the stars who take part on I’m A Celeb always tend to come away from the series basking in the positive experience.

They might have to take on toilet duty – a far cry from their usual luxurious lives – but AJ feels that the celebrities need to ensure that they cherish every moment of the show, even the gruesome parts.

‘The best advice for all TV shows which I always give is really make the most of it and enjoy everything about it, even the awful things, like having to change the toilet,’ he remarked.

‘All the awful memories that you’ll never forget – really hold onto them.’

Face challenges with the right mindset

While the stars in the castle may be worrying about their own personal wellbeing as they acclimatise to their new surroundings, one of the priorities at the forefront of their mind will be the pressure of feeding their co-stars when they’re called on to do trials.

Hollie channelled her ‘competitive side’ when it was her go, as she ‘never wanted to let anybody down’.

‘I wanted to try and finish everything or do as much as I can do to get those stars for the guys’ she said.

‘As I say, they are like my family, so I wanted to make sure that they were fed. I think the advice is you’ve just got to channel that energy and then the nervousness and emotions and just get it done, whatever it is. Don’t go in thinking I can’t do it, because then it doesn’t work.’

AJ added that ‘knowing that you’re feeding people’ puts ‘a lot of weight on your shoulders’ during the trials, adding even more motivation to do as good a job as possible.

Communication is key to win stars

Sometimes, the celebrities are forced to do challenges all on their own, with only Ant and Dec on hand to give them support from the sidelines.

At other points, they embark on trials and challenges in groups, which is when communication is key to ensure that meals are won for camp.

Last year, AJ and EastEnders star Jessica Plummer were plunged into darkness during a trial, with the dancer emphasising just how important it was to keep that channel of communication open.

‘There was one that I did with Jessica and we were in the dark, pigeons flying around and flapping, you didn’t know what the hell was happening to your left, right and centre, it was so dark, you couldn’t see your hand in front of your face,’ he recalled.

‘The communication of talking together is what makes it possible to get more stars in that case, get as many as you could get. We didn’t get them all, but communication as a group is definitely what gets you through it.’

He also realised the importance of communication in the very first trial of the series, when all of the celebrities took part in The Gates of Hell.

‘So I remember our first trial when we had to get the stars across each of the jail cells, talking to each other, knowing what was happening was the one thing that [made us go], “Come on guys, we’ve got to make this happen”,’ he said.