90 Day Fiancé fans are eager to find out if season 9 couple Kara Bass and Guillermo Rojer will have a happily ever after ending. Do Kara and Guillermo get married? Here’s everything we know.

29-year-old Kara and 23-year-old Guillermo fell in love in the Dominican Republic during Kara’s work trips. After she returned home, the two kept in contact but didn’t think they could maintain a long-distance relationship. As luck would have it, Kara’s job relocated her to the Dominican Republic. That’s when the two really got serious about each other. 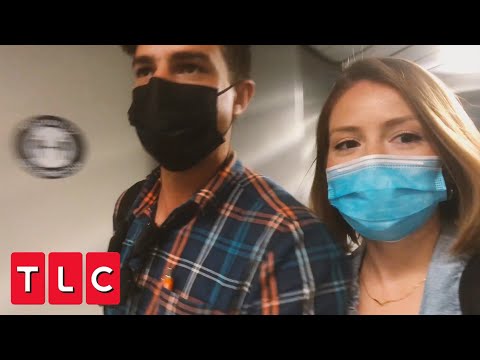 After Kara moved in with Guillermo in the Dominican Republic, they got engaged. But due to the coronavirus (COVID-19) pandemic, Kara had to move back home to Charlottesville, Va. Nine months later, Guillermo’s K-1 visa was approved. At the start of 90 Day Fiancé Season 9, Guillermo moves to the United States and is ready to start his new life with his fiancée.

Do Kara and Guillermo get married in season 9?

On May 28, Guillermo posted a series of photos on his Instagram. In the pictures, Guillermo is clearly wearing a wedding ring on his left hand. He also tagged his location as Charlottesville, Va, which means he’s likely still in the US with Kara. Check out the post below:

Other evidence includes an ad for a car that a 90 Day Fiancé fan spotted on Kara’s social media, where she refers to Guillermo as her husband. The post (via Reddit) reads: “Selling my husband’s car because he wants a truck! It has been a joy to have. Please share!” Kara posted the ad on Nov. 1, 2021, which was after the show completed filming.

So it’s safe to say that with all of this information combined, Guillermo and Kara definitely get married in season 9. But will the marriage last? It’s clear that this couple loves each other. However, some differences in personality, culture, and lifestyle could become deal-breakers for this couple.

The many red flags in Kara and Guillermo’s relationship

So far, on 90 Day Fiancé Season 9, Guillermo is dealing with difficulties adjusting to his new life in Virginia. Away from his entire support system, he’s relying heavily on Kara to help him settle into his new life. However, with Kara’s self-professed controlling personality, Guillermo feels like he doesn’t have a say in his life in the US. Figuring out the power dynamic is just one of the many hurdles that this couple will face before they decide to say ‘I do.’

More hurdles include the couple’s differing lifestyles. Kara enjoys socializing and drinking, while Guillermo isn’t interested in staying hours and hours at a party. Kara doesn’t feel the need to lighten up on her party-girl lifestyle, and Guillermo is concerned it will become a point of contention in their relationship.

In the May 29 episode, Kara’s cheating history was brought to light by her ex-boyfriend. While there were already trust issues on both sides, Kara’s ex has now given Guillermo extra reason to check her phone and doubt her.

So while we know that Kara and Guillermo manage to make it down the aisle, there’s still the question of how long this marriage can last, considering how many issues they’ve yet to sort out. Fans will have to wait and see how the rest of their 90 Day Fiancé journey plays out.