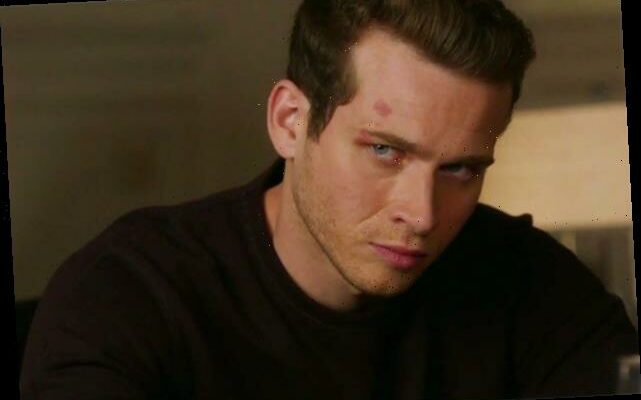 Next to 9-1-1‘s three-part tidal wave extravaganza, the reveal of Buck’s mysterious family secret feels like one of the Fox drama’s most highly anticipated events — and it finally happened this week.

Monday’s episode (appropriately titled “9-1-1, What’s Your Grievance?”) featured the arrival of Maddie and Buck’s oft-mentioned parents. She apparently invited them to town out of concern for her brother, conveniently waiting to tell him about their visit until after he returned from Texas. So thoughtful. Now, we’ve heard a lot of vague, terrible things about the Buckleys over the years, so we were expecting a pair of literal monsters to appear on Maddie’s doorstep. Plot twist: They both seemed totally normal!

Sure, the Buckleys speak almost exclusively in microaggressions — from belittling their son’s nickname to telling their daughter that she has a “high-risk” pregnancy — but a lot of parents try to pull crap like that. The longer the Buckleys stuck around, though, the cracks in their relationship with Maddie and Buck began to show. And while Maddie was able to maintain her composure, Mt. Buck was unable to keep itself from erupting.

He berated his parents for never visiting him in the hospital, disregarding his mother’s apparent phobia of seeing her children in pain. He also scolded them for skipping Maddie’s wedding, cutting her off, and not having any idea that Doug was abusive with her. (Doug’s name was brought up a lot this week, may he rest in agony in the deepest, most handsome bowels of hell.) Buck also accused his parents of giving up on their children, adding, “You want to know why I’m really in therapy? It’s because I have spent my entire life feeling like a constant disappointment.” Oof.

Maddie later sat her brother down to assure him that he’s not a disappointment, giving us another lovely moment of bonding for the Buckley siblings. And speaking of siblings, Buck discovered a curious photo of “himself” in Maddie’s baby box. But how could his parents have taken a picture of him in 1988, before he was even born? “That’s Daniel,” Maddie told him. “He died. He was our brother.”

Speaking with TVLine earlier this season, showrunner Tim Minear referred to Buck’s discovery as being “something about his existence that will be the missing piece to explain who Buck is and why Buck is Buck.” This will be further explored in next week’s episode “Buck Begins.”

Did you correctly guess the big Buckley family secret, or are you still picking your jaw up off the floor? Drop a comment with your thoughts on the tragic twist below.