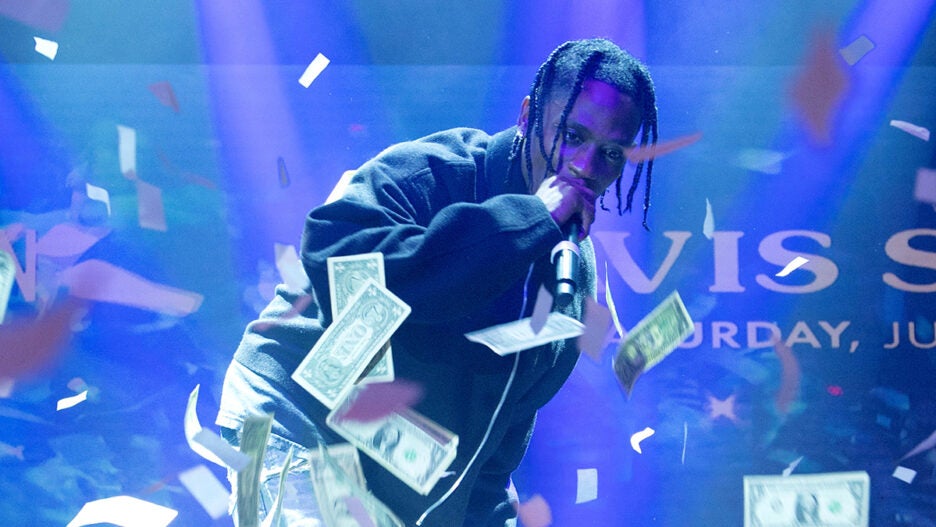 Travis Scott performs at at a July 2021 concert in Miami, Florida. (Photo by Jason Koerner/Getty Images for E11EVEN)

A crowd surge during a Travis Scott concert at Houston’s NRG Park Friday night resulted in at least eight deaths and “scores” of other injuries, according to local officials.

“The crowd began to compress towards the front of the stage, and that caused some panic, and it started causing some injuries,” Houston Fire Chief Samuel Peña told reporters of the incident, which happened just after 9 p.m. on the first night of the two-day Astroworld music festival. “People began to fall out, become unconscious, and it created additional panic.”

The show, which featured Drake performing on stage with Houston native Travis Scott, was ended shortly after the incident, according to the Associated Press. Saturday’s performances at the sold-out festival have been canceled.

At least 17 people were rushed to local hospitals, including 11 who were in cardiac arrest, Peña said. Dozens of people were also treated at the scene, where a field hospital had been set up. About 300 people were examined at that site throughout the day, he said. Officials are continuing to investigate the tragedy to determine the exact causes of the surge.

Houston Police Executive Assistant Chief Larry Satterwhite, who was near the front of the crowd of 50,000, said the surge appeared to “happened all at once.” “Suddenly we had several people down on the ground, experiencing some type of cardiac arrest or some type of medical episode,” Satterwhite said, according to the AP. “And so we immediately started doing CPR, and moving people right then, and that’s when I went and met with the promoters, and Live Nation, and they agreed to end early in the interest of public safety.”

Scott had founded the Astroworld festival in 2018, naming it after his own best-selling album from that year. This year’s event, which was to be livestreamed via Apple Music, featured a lineup that included Roddy Ricch, Tame Impala, SZA, Lil Baby and Earth Wind & Fire.