June is Pride Month, and thank goodness there is so much media for people to consume that represent the different facets of the LGBTQ community. In tough times, it’s hard to find things that make you feel good, but television is a great way to escape and celebrate Pride. These seven television shows highlight same-sex couples and are absolutely perfect for this time of year. So while you’re quarantining, chill out and get ready to become obsessed with these series. 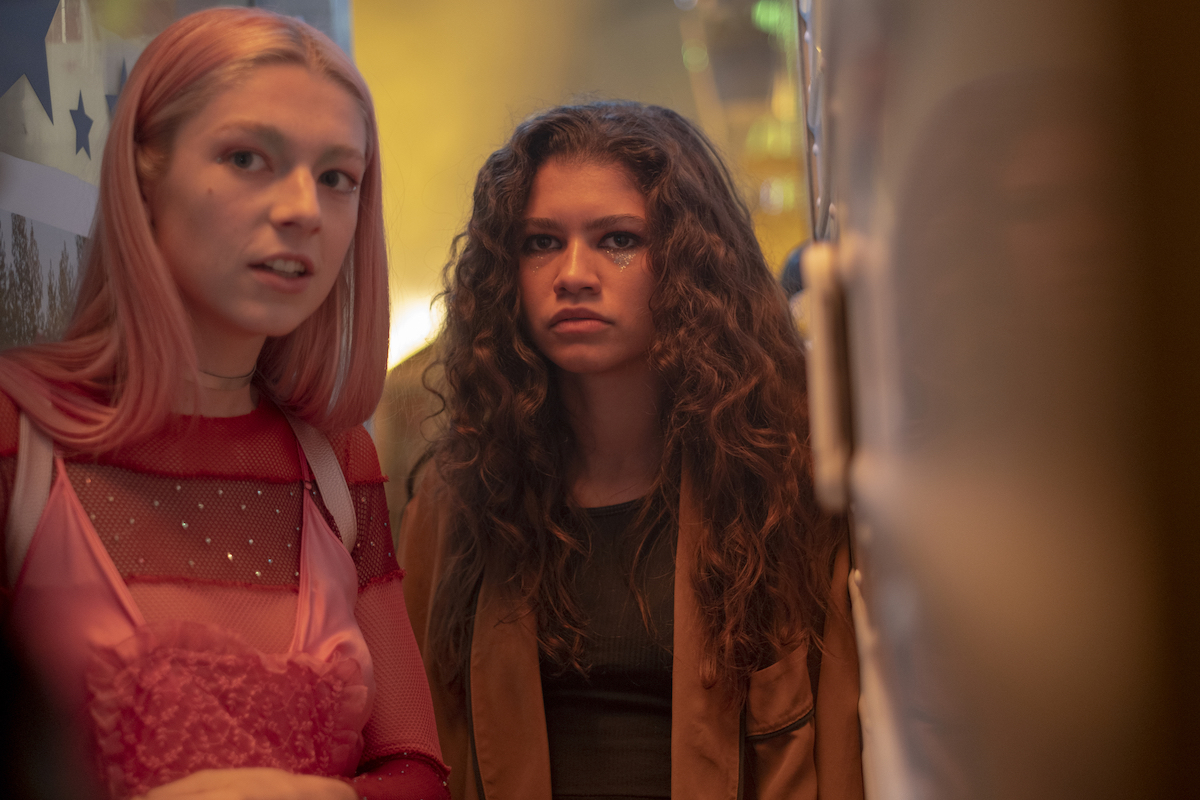 RELATED: What Is Queerbaiting and Is ‘Killing Eve’ Guilty of It With Villanelle and Eve?

You can’t have a list of gay couples without having Tara and Willow at the tippy top of it. Buffy the Vampire Slayer never shied away from boundary-breaking storylines, and Tara and Willow were a part of that legacy. In addition to being one of the first women to fall in love on TV, they’re also just stinkin’ cute. Let’s not talk about their ending though.

Rue and Jules are a bit controversial because their relationship takes a sour turn and it’s not healthy. But the start of their relationship not only gives audiences some of Zendaya’s best acting, but it also shows how much they care for each other. Jules doesn’t always put Rue’s best interests first, though, which ends up being a major problem.

RELATED: How Many Times Have Harley Quinn and Poison Ivy Gotten Together in DC Canon?

Ok, on the DC Universe adult animated show Harley Quinn, Harley and Poison Ivy aren’t together, yet. But, hear us out. Harley Quinn and Poison Ivy’s relationship is almost as well-known as Quinn and Joker’s, but far less destructive for Harley. Throughout the years, the two women have skated the line between best friends and lovers, even getting married at one point. The series perfectly depicts that line, which shows a deep bond between the two. They’re going to get together on the show, and since the season finale is at the end of Pride, fans of the two will likely get their happy ending before July hits.

The story of Ian and Mickey is not all lovey-dovey, especially not at the beginning. They’re a great example of the enemies to lovers trope, however, they were really enemies. Mickey treated Ian horribly, and Ian went through a ton of trauma in his life. But they were able to finally build a life together.

5. ‘She-Ra and The Princesses of Power’

She-Ra and The Princesses of Power is an animated show aimed for kids but is very much not just for children. The themes of heroism and standing up for what’s right are universal despite age, plus it has a really relatable theme about the blurred lines of good and bad. And it centers this beautiful relationship between Adora and Catra.

Almost the entirety of Élite is full of sex, partying, drinking, and drugs. But in the midst of all of that, Omar and Ander’s story is truly one of the sweetest things on the show. They start to have really bad communication problems in Season 3, and they had to overcome both of their coming outs in Season 1. However, when they are strong, they’re really strong.

Lastly, we have another couple that isn’t truly together yet. However, it can be argued that Villanelle and Eve’s relationship is a lot deeper and more intimate than other couples on TV right now. The serial killer and (former) MI6 agent play a cat-and-mouse game with each other in Season 1, resulting in a dangerous infatuation with one another. And Season 3 finally seemed to give the fans what they wanted. While it’s painful to not see them together, it’s also really addicting and keeps you coming back.

RELATED: What Is Queerbaiting and Is ‘Killing Eve’ Guilty of It With Villanelle and Eve?