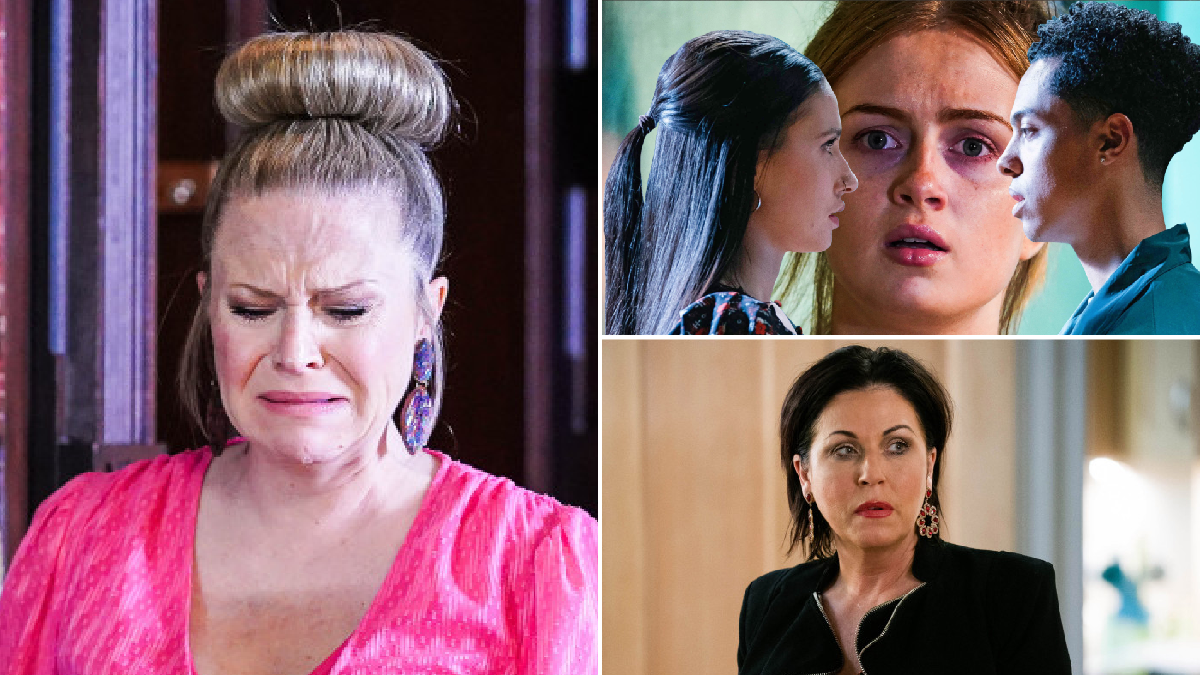 Linda Carter (Kellie Bright) is reduced to tears in sad EastEnders scenes next week, as the family is rocked by a sad death.

The pub landlady reckons that foul play was involved, and she points the finger at Shirley (Linda Henry)!

Elsewhere, Kat Slater (Jessie Wallace) is left in complete and utter shock when Phil Mitchell (Steve McFadden) reveals his plan to kidnap Raymond Dawkins and do a runner with him!

Can she talk some sense into him? This is Phil we’re talking about, after all.

Keegan, outraged, takes himself off to the club to pick up his wages, but sparks fly between he and Dotty Cotton (Milly Zero)!

Will he cheat on his beloved Tiff?

It’s all kicking off in Albert Square next week, and if you fancy a first look at all the action, then check our our picture gallery below, containing a whopping 48 images, previewing next week’s drama.