Even though fans are going on about two weeks without WandaVision, they’re getting a brand new Marvel series very soon. On March 19, The Falcon and the Winter Soldier comes to Disney+ and is the next series in Marvel Cinematic Universe’s Phase 4. It’s going to focus on Sam Wilson and Bucky Barnes months after Avengers: Endgame. While it likely won’t touch on the events of WandaVision — at least nothing more than a passing comment — there is a small connection between the two projects outside of the MCU and it involves Marvel newcomer Wyatt Russell. 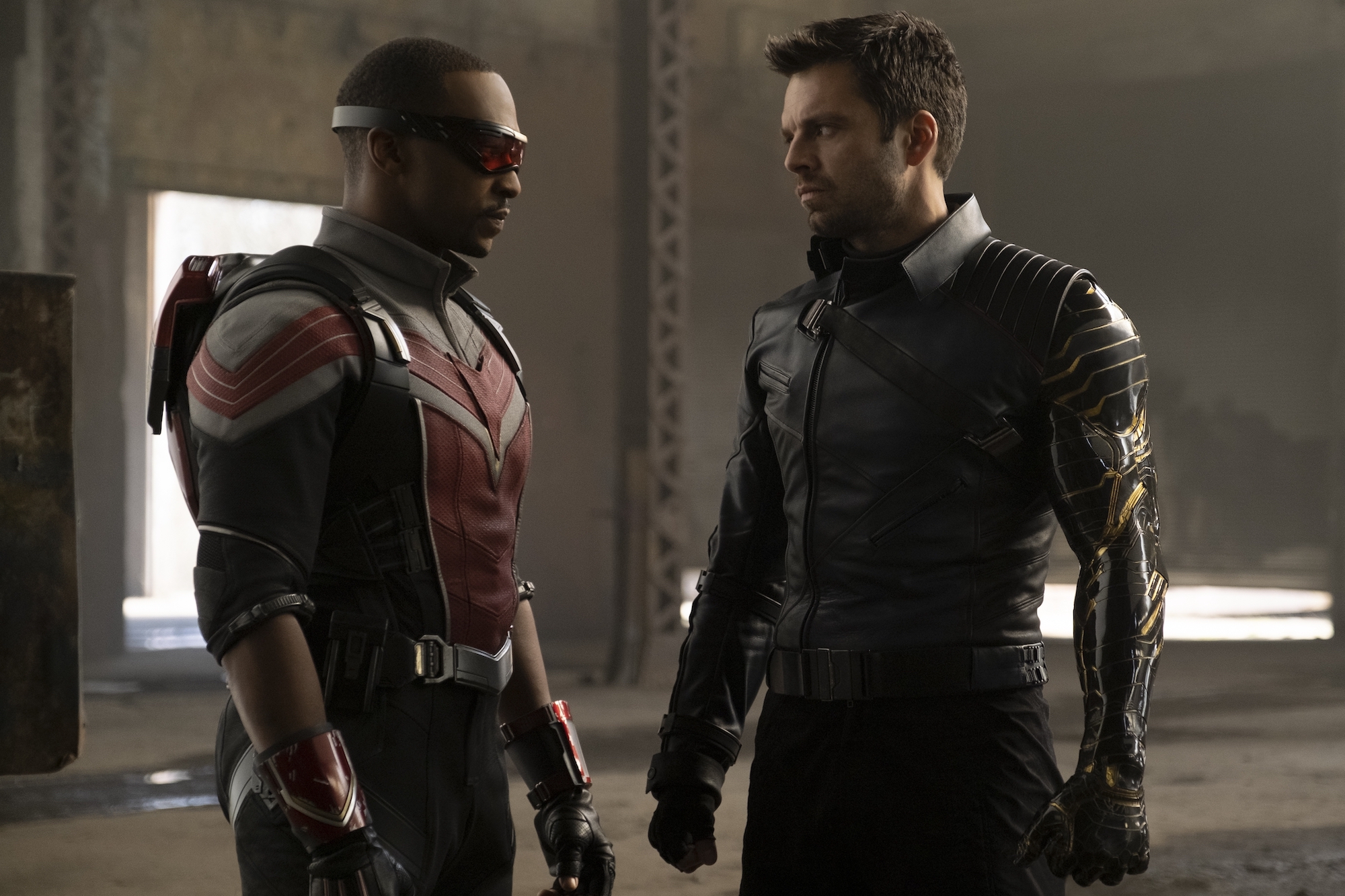 Russell, son to Kurt Russell and Goldie Hawn, is coming into this series as the character John Walker. While he comes from two acting legends, he didn’t want to be an actor his whole life.

“Everyone always said, ‘Oh why don’t you become an actor?’ And it was the last thing I wanted to do because I was a hockey player,” he said while appearing on The Today Show in 2017. Russell had a career as a hockey player, in the position of goalie. According to the NHL site, he quit the game because of eventual injuries.

While on The Today Show, Russell shared that he was “good enough” to go train and play in Vancouver and his parents were able to make that happen for him. That’s what led to his early teens and college career as a hockey player and his first career path. But after that injury, he did end up going into the “family business,” so to speak. He’s been in things from This Is 40 to 22 Jump Street, to series like Arrested Development and Black Mirror.

Russell’s connection to the MCU, already, has to do with Elizabeth Olsen

In 2017, he co-starred alongside MCU’s very own Elizabeth Olsen in Ingrid Goes West. He played Olsen’s character’s husband Ezra. Olsen played Taylor Sloane, an Instagram influencer who Aubrey Plaza’s Ingrid obsesses over and befriends. Without giving too much away about the film, Ezra is in a similar position as Taylor and every other person on social media: they seem really great and one specific way online but they’re really hiding a lot of baggage under the surface. And that’s part of the reason why he signed on.

“Matt Spicer, the director, had a really great take on— I had never seen an Instagram movie or a social media movie that had Twitter or Instagram involved in a way that wasn’t preachy,” he said on The Today Show. “It just was a story about what could happen if somebody took it to the nth degree.”

While the MCU is massive and so many main characters don’t even meet on-screen or work together, ever, it’s an interesting little connection. That Olsen’s past on-screen husband is now in a brand new role in The Falcon and the Winter Soldier after WandaVision did so well. And Olsen wasn’t the only Marvel connection in Ingrid Goes West either; Pom Klementieff — Mantis in the MCU — comes in at the end and plays Taylor’s brother’s new girlfriend and competition for Ingrid when it comes to Taylor’s attention.

Who is John Walker, anyway?

So, who even is John Walker, the character that Russell is stepping into for The Falcon and the Winter Soldier? In the comics, he does end up becoming a superhero in his own right, known as U.S. Agent, a sort of Captain America-esque hero. He has a similar star-spangled outfit and a love for patriotism and justice.

His character was created in the ‘70s, so he was heavily influenced by the Vietnam War. Walker dons the mantle of Captain America after Steve Rogers steps away from it, and Sam Wilson passes it up as well. Which is rather interesting considering Sam hasn’t officially become the new Captain America as of yet; he just has the shield in the MCU.

The MCU has always used the comics as a great guiding light, so it’s tough to say what role Russell’s Walker will actually play in The Falcon and the Winter Soldier and the future of the franchise. With that said, it’s definitely way too soon to know if Russell will ever cross paths with Olsen again, this time in her Scarlet Witch form. But time will tell.