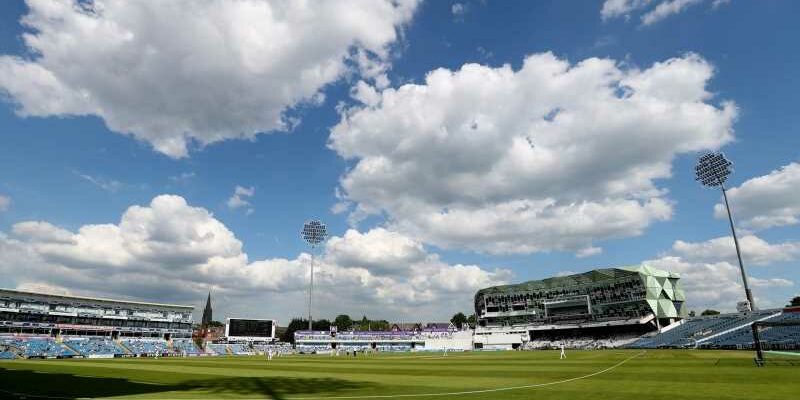 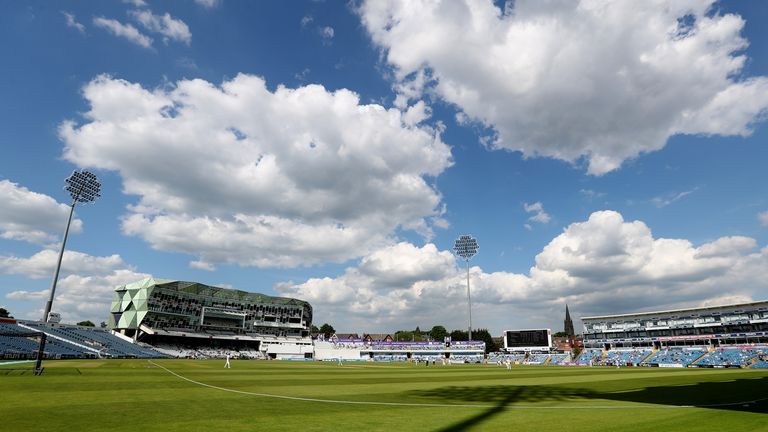 Play was suspended on day three of the Roses clash between Yorkshire and Lancashire at Emerald Headingley due to “unfit and unsafe” playing conditions after Dom Leech suffered a nasty leg injury.

Yorkshire player Leech collided with the concrete foundations of the Western Terrace after losing his footing as he tried to save a boundary.

The 20-year-old was treated on the field for around 15 minutes before being stretchered off and taken to hospital.

Tea was called immediately and, after further inspections – including the bowlers’ run-ups, with Yorkshire seamer Jordan Thompson having slipped earlier in the day – umpires Ian Gould and Nigel Llong abandoned play for the day around 4.30pm.

Lancashire advanced from 273-2 to 411-2 in the 23.2 overs possible between a delayed start due to a wet outfield and the abandonment of play.

Luke Wells (97no) and Josh Bohannon (74no) extended their third-wicket stand to an unbroken 155 as Lancashire pressed on after the day-two washout. SCORECARD

Play abandoned for the day due to unfit and unsafe conditions.

Water has risen to the surface in key areas where there has been the most activity including the bowlers run ups.

A Yorkshire statement read: “Play has been abandoned for the day due to unfit and unsafe conditions. Water has risen to the surface in key areas, where there has been most activity, including the bowlers’ run-ups.”

The county later added that there are plans in place to relay the outfield: “Analysis of the outfield has previously taken place and has identified issues with a layer of thatch that can cause a build-up of water on the surface following heavy rain-fall.

“The club had originally planned to get the outfield re-laid prior to the 2021 season but unfortunately difficulties arising due to the COVID-19 pandemic resulted in this being delayed. The club intend on completing this work at the end of this season.”

Yorkshire head coach Andrew Gale said: “You have two of the most experienced umpires in the country (in Nigel Llong and Ian Gould). So whatever decision they make is what’s right by the game.

“With their experience, they probably didn’t want a situation where someone like a Jimmy Anderson runs in and rolls his ankle. They didn’t think it was fit for play.

“I didn’t see the ground this morning because I was in the indoor nets. But I trust Ian and Nigel to make the right decision. They wanted to get play on, and whatever decision they made, I would have backed it.”