GRANIT XHAKA believes Arsenal can take a huge step towards achieving all their season’s goals in the next five days.

The Swiss international midfielder is determined to play his part in helping the Gunners return to Champions League football next season. 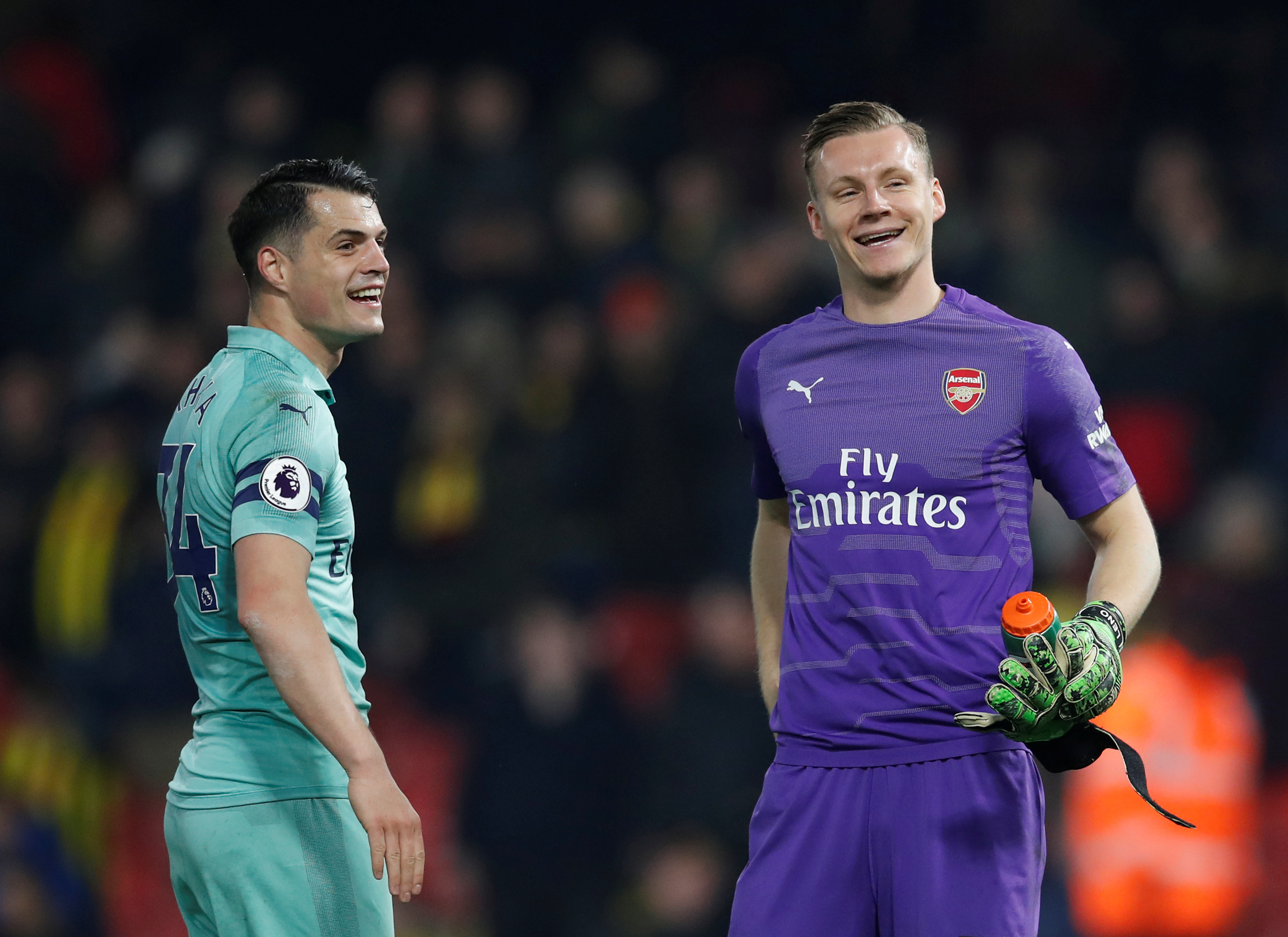 And he says the next two games against Napoli and Crystal Palace will be crucial in determining the outcome of their entire season.

Monday’s nervous 1-0 win at Watford was enough to move Arsenal back into the Premier League’s top four.

Now they travel to Naples on Thursday for the second leg of their Europa League quarter-final defending a 2-0 lead.

And Xhaka says: “Napoli have to come at us and if we can score one away goal I think the tie is finished.

“We had a good result in the first leg but we saw what Napoli did against Liverpool and PSG at their ground this season and we know they are strong enough to beat us if we are not ready.

“We know we have not had our best results away from home this season and I think we need a different character in these games.

Of course it would be nice if we can also get to the final of the Europa League and maybe win the trophy, but the Premier League is still the first target

“First we have to win the duels and you can only win the game if you do that.

“We weren’t happy with the way we played at Everton recently so there was a lot of pressure on us going into the Watford game.

“It wasn’t our best performance but the three points are crucial and now we are fourth, two points ahead of Manchester United, one point behind Tottenham and with a game in hand on Chelsea.

“Now we have to beat Crystal palace at the Emirates on Sunday and if we do that it can be a big, big weekend for us because Tottenham are at Manchester City and United are at Everton.

“For me, finishing in the top four of the Premier League is the priority because we want to be back in the Champions League.

“Of course it would be nice if we can also get to the final of the Europa League and maybe win the trophy, but the Premier League is still the first target.”

Xhaka’s return to the starting line-up was crucial at Watford after missing Arsenal’s previous three games with a groin injury.

He was involved in an early run-in with Troy Deeney just minutes before the Watford skipper was sent-off for elbowing Lucas Torreira.

Yet he insists he does not have a problem with the outspoken striker who famously questioned Arsenal’s ‘cojones’ after their previous visit to Vicarage Road.

“It’s alright for us if someone says something like that because I think it’s said with a lot of emotion.

“I met Deeney in doping after the game and he’s a good guy and a good player. He has a lot of respect for Arsenal Football Club.”