Here are seven things we learnt from TLC last night. 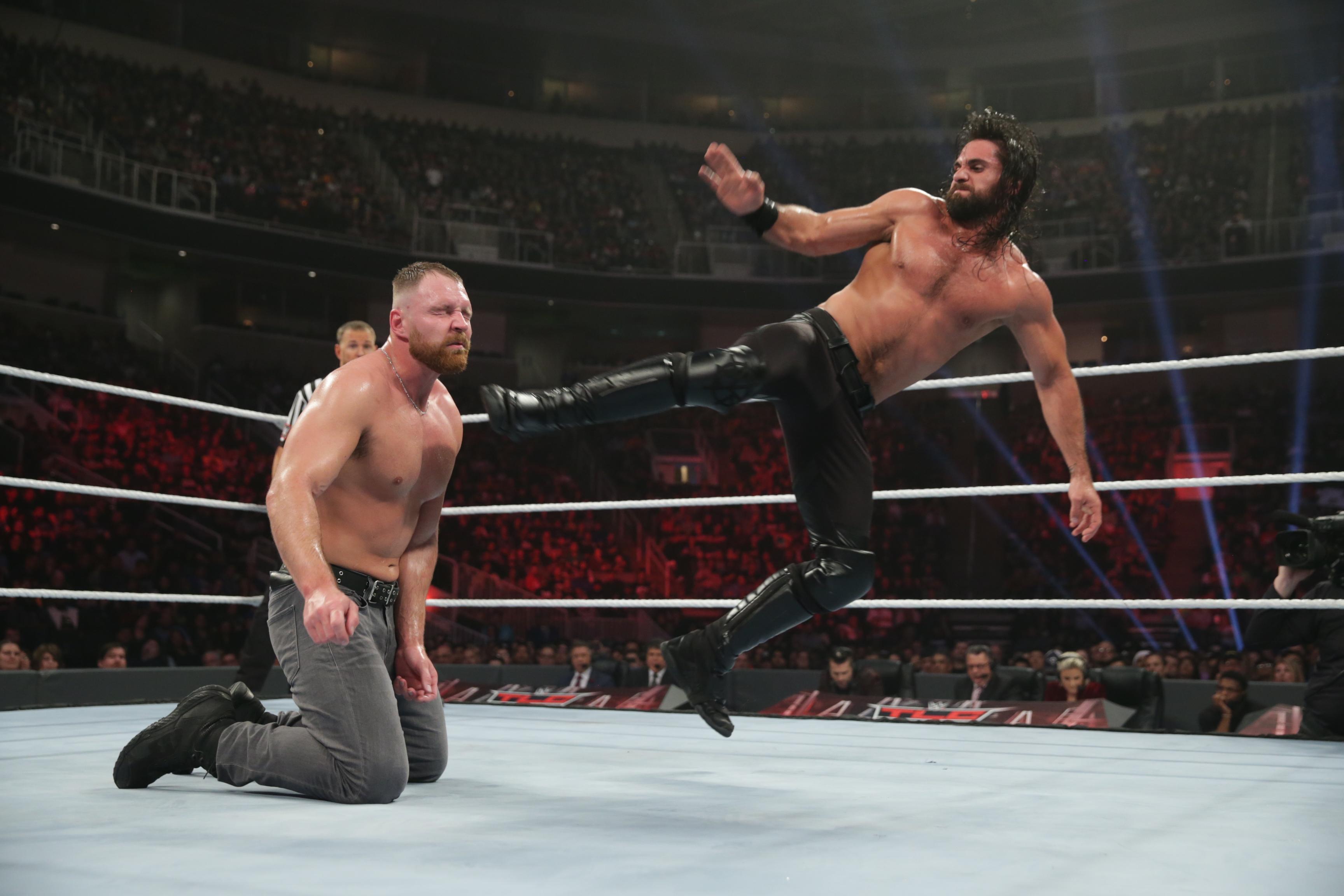 Becky Lynch, Charlotte Flair, and Asuka lived up to the hype with an electric TLC main event for the SmackDown Women’s Championship.

The fans were hot for the ever-popular Becky but the “Irish Lass Kicker” took a nasty-looking bump onto a ladder from the top rope early in the match.

Becky came back for the match’s biggest spot when she launched a huge legdrop from the top of a ladder with both opponents sprawled across the announce table below.

Asuka moved just in time but Charlotte took the full weight of Becky on her ribs in what looked like a brutal impact.

Both Charlotte and Asuka went on kendo stick-wielding assaults, before Charlotte speared Asuka through the barricade.

Becky and Charlotte scrapped at the top of the ladder but Ronda Rousey – who had retained her Raw women’s title against Nia Jax earlier in the show – stormed down to the ring for some overdue revenge.

She pushed Becky and Charlotte off the ladder, giving Asuka the opportunity to climb the ladder and nab the SmackDown women’s title.

It was a weak retaliation from Ronda – especially considering the absolute hammering she took from both Becky and Charlotte in separate incidents. 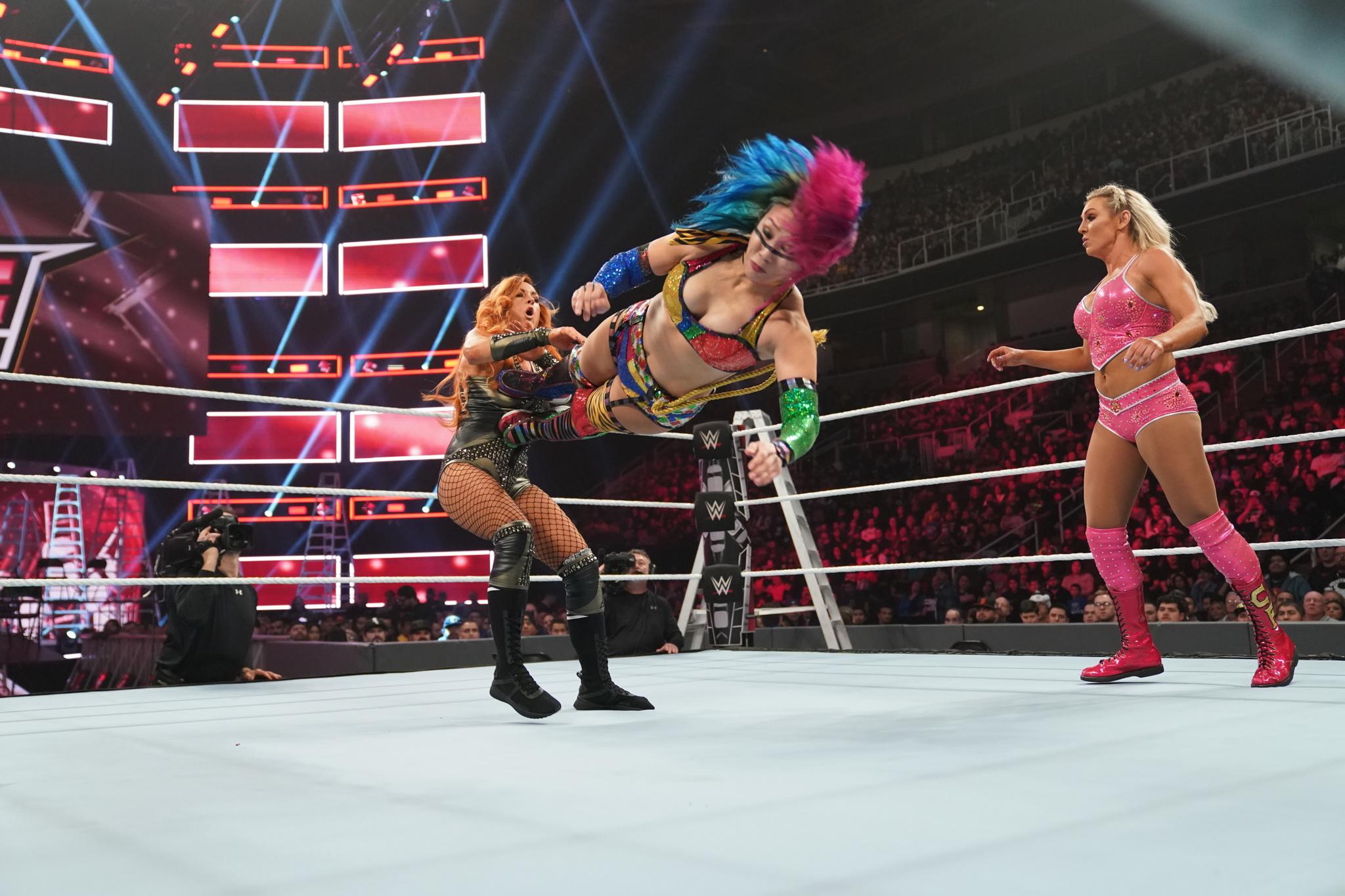 But it should continue a three-way feud between them heading into WrestleMania season.

Seth Rollins wrestled a dull match against his former Shield brother Dean Ambrose (though that was probably more to do with Ambrose than Rollins).

Rollins sold a knee injury and even buckled on a sunset flip power-bomb attempt – a re-run of what happened when he was forced to vacate the WWE title through injury three years ago.

Ambrose, sensing he was beaten, tried to make peace by offering a Shield fist-bump – but Rollins nailed him with a right hand, super-kick, and buckle-bomb into the barricade.

Back inside the ring Rollins was overcome with anger, so Ambrose took advantage with Dirty Deeds for the win.

Expect a rematch between these friends-turned-enemies – but Rollins’ next target will surely be Brock Lesnar. 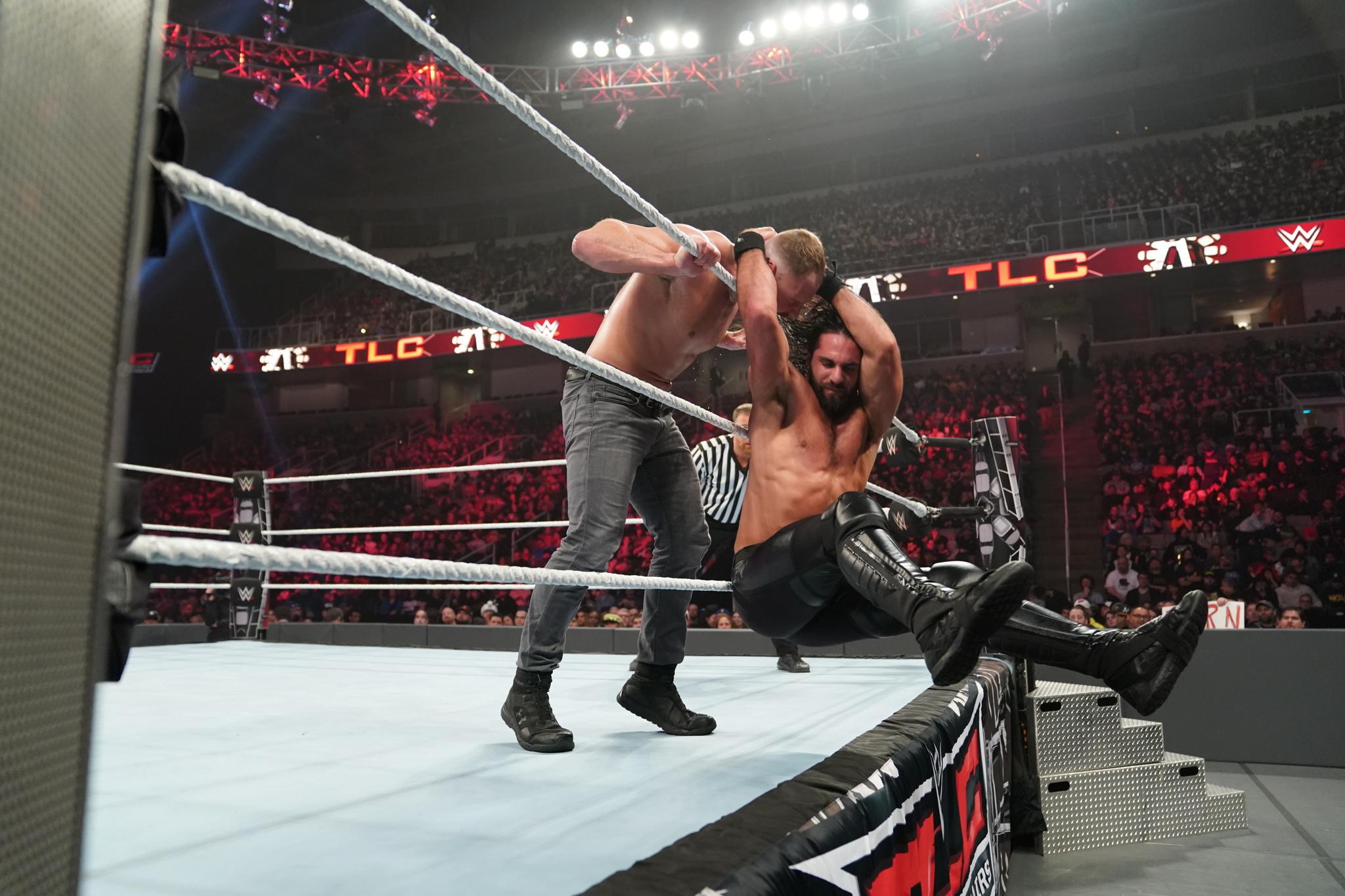 Bryan defended his WWE Championship against Styles in a mat-based, psychological thriller.

The 37-year-old showed new levels of aggression, but AJ worked over his legs and locked in both the Calf Crusher and a single leg crab.

Fans were expecting Bryan to pull out another low-blow – the tactic he used to rob Styles of the title in the first place – but it was a good old fashioned reversal that won it.

Styles rolled up Bryan with a small package but Bryan shifted his weight to pin Styles’ shoulders to the mat for the three-count.

Is this the end of the Bryan v Styles feud? It was technically a clean win. But further matches between this pair have huge potential. 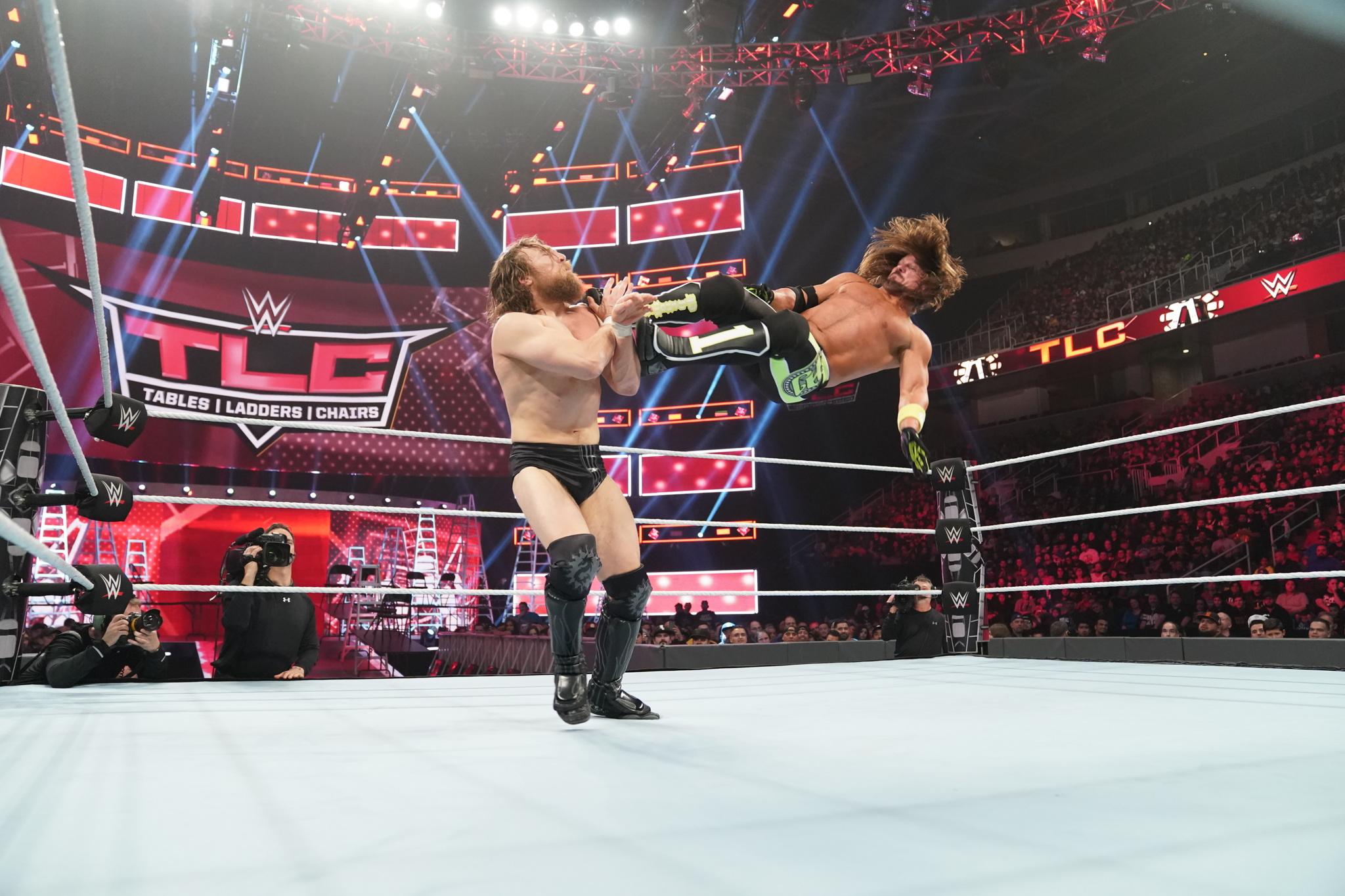 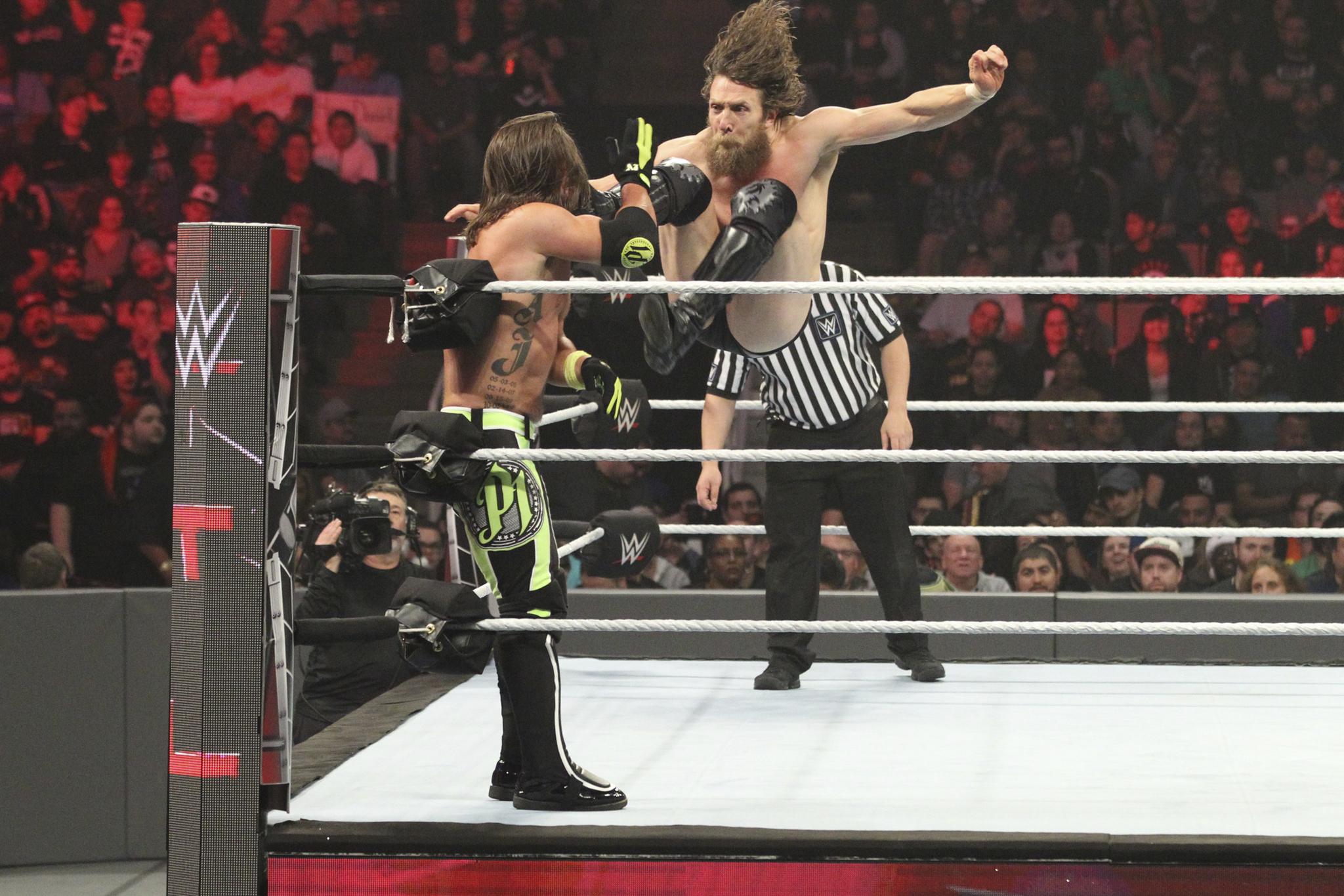 Braun Strowman is back (and he’s got lots of friends)

Raw GM Baron Corbin came to the ring and addressed criticisms over the show’s poor creative direction and plummeting ratings under his management. He said: “Too bad… get used to it!”

And Corbin was so confident that his opponent Braun – who’s been out after elbow surgery – would no-show, he had reluctant referee Heath Slater begin a count of 10 for a forfeit victory.

But Braun surprised Corbin by actually showing up at the count of eight, with his arm wrapped in a sling.

Braun reminded Bazza that TLC matches are no disqualification, so it was legal for him to get outside help in the match.

Apollo Crews, Finn Balor, Bobby Roode and Chad Gable appeared at ringside to assault the crooked GM with chairs – and Heath Slater pulled of his ref’s shirt to join the assault.

Corbin tried to escape the arena but Kurt Angle’s music hit and the Olympic hero returned to help Strowman’s mob finish off Corbin with a barrage of finishers. 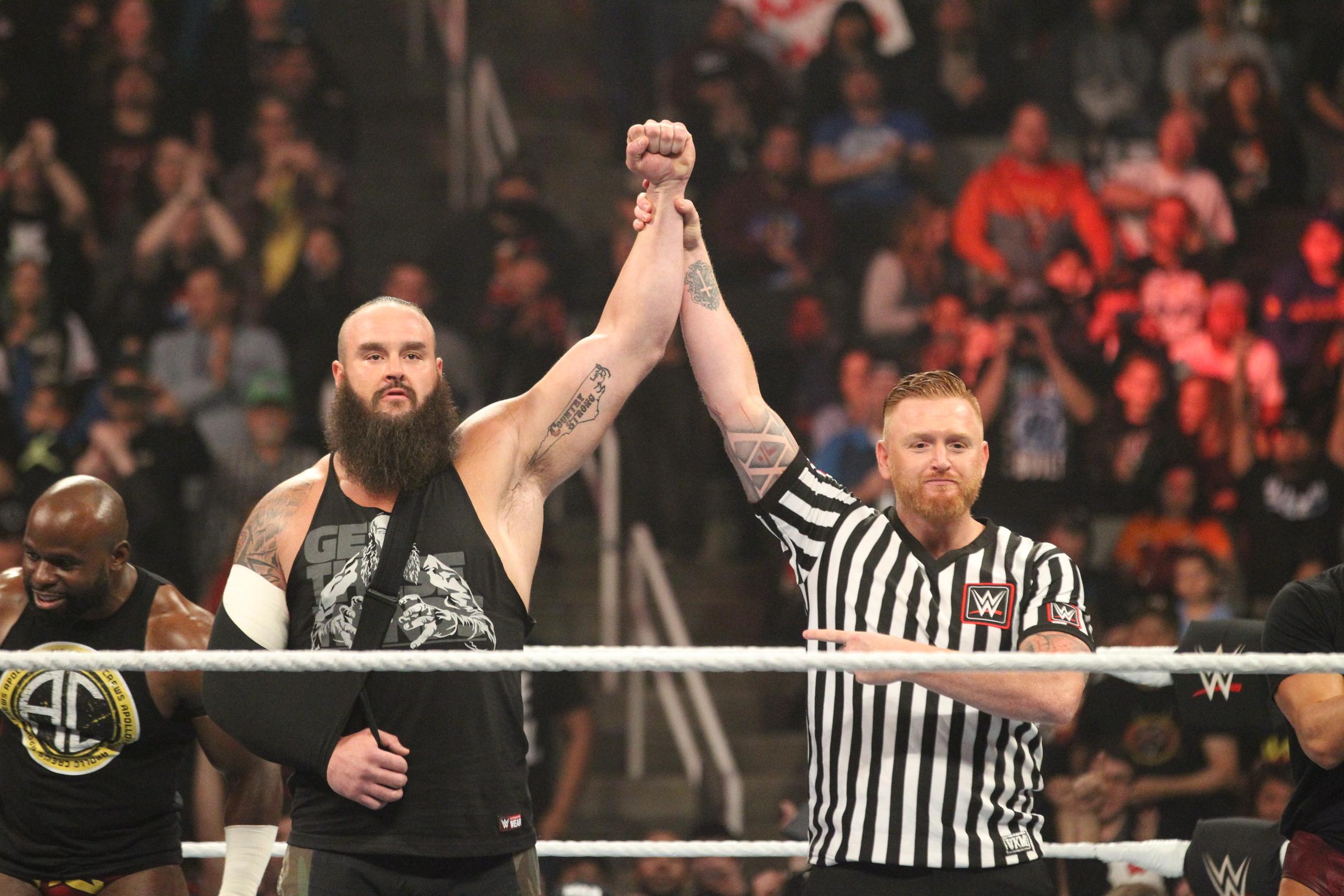 So Bazza Corbin is no long Raw GM. What will it mean for the future of the red brand when Vince McMahon returns tonight?

And will Braun be in shape to challenge Brock Lesnar at the Royal Rumble in January?

Randy Orton took a seat – and it cost him the match

Rey took his sliding splash under the bottom rope, riding a steel chair like a boogie board and driving it into Orton’s torso.

Afterwards, Rey attempted a seated senton from the apron to the outside, but Orton moved and Rey went tail-end first into a steel chair.

Orton tried an RKO on a row of chairs he’d lined up, but Rey reversed the attempt and left the dazed Orton in a sitting position.

Mysterio then jumped onto Orton’s shoulders and flipped over “The Viper” with a surprise victory roll for the win. 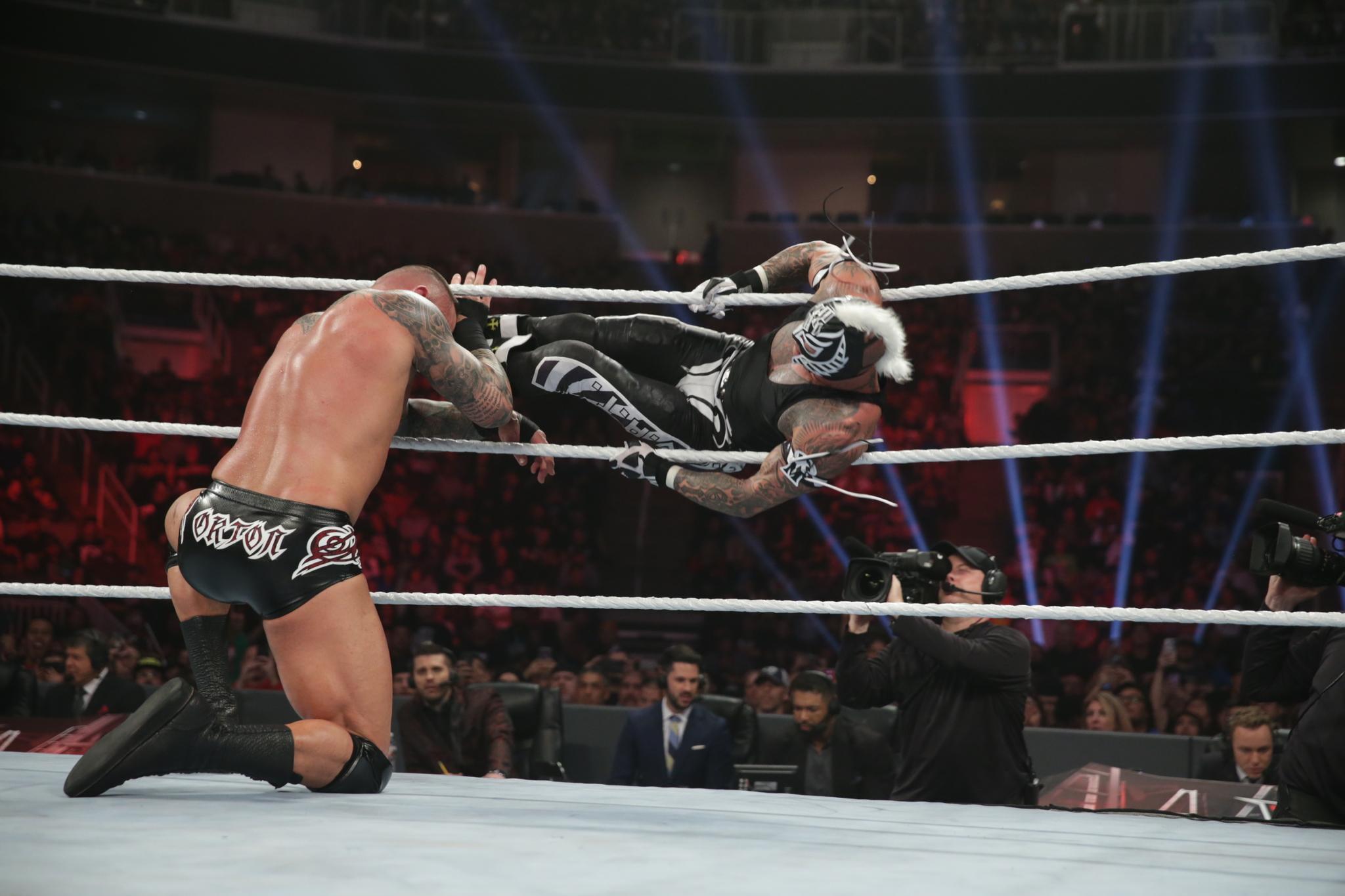 The Ruby Riott v Natalya feud is finally over

It began as 3-on-1 with the Riott Squad’s Liv Morgan and Sarah Logan at ringside – but Natalya put them both through tables and took them out of the equation.

Ruby taunted Natalya with the table printed with the photo of her late father Jim Neidhart – which fans booed heavily (they were booing WWE’s cheap heat tactics, not Ruby).

But Natalya pulled out a table of her own – printed with a picture of Ruby Riott – and after some back-and-forth between them – Natalya power-bombed Ruby through the table for the win. 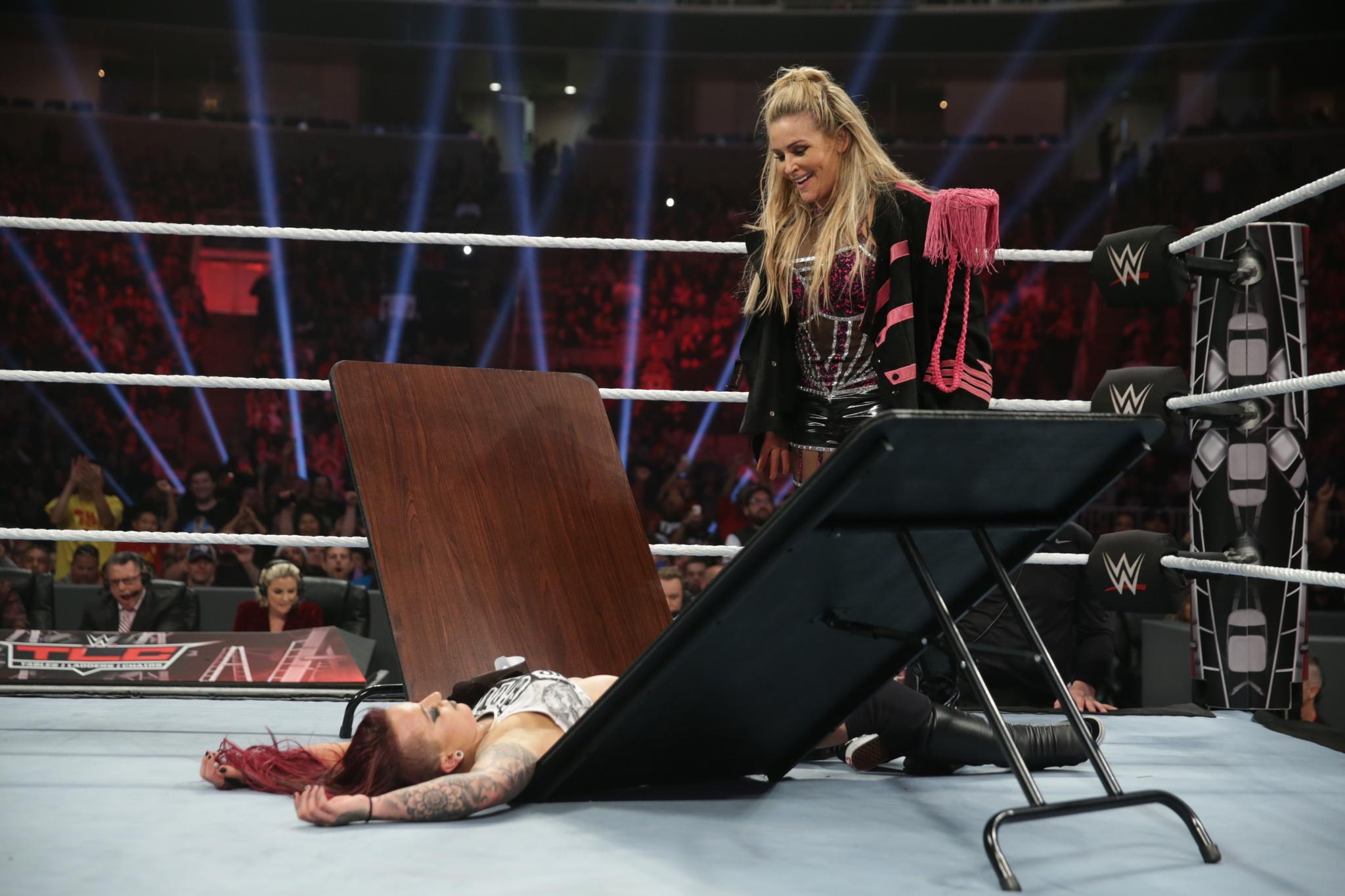 The Bar, The New Day and The Usos put on yet another exciting match-up in their tag title three-way.

It was a fast-paced and high-impact, with some nice uses of the triple threat stipulation.

Jey Uso tagged himself in so he could land a flying cross body on Kofi Kingston, who was still mid-air from a Cesaro super-plex. It was a nicely timed spot.

Just seconds later, Cesaro tagged himself in to steal the pin after a big Uso splash from the top rope.

The Usos laid out everyone with a flurry of super-kicks, but The Bar retained when Sheamus clobbered Xavier Woods with the Brogue Kick. 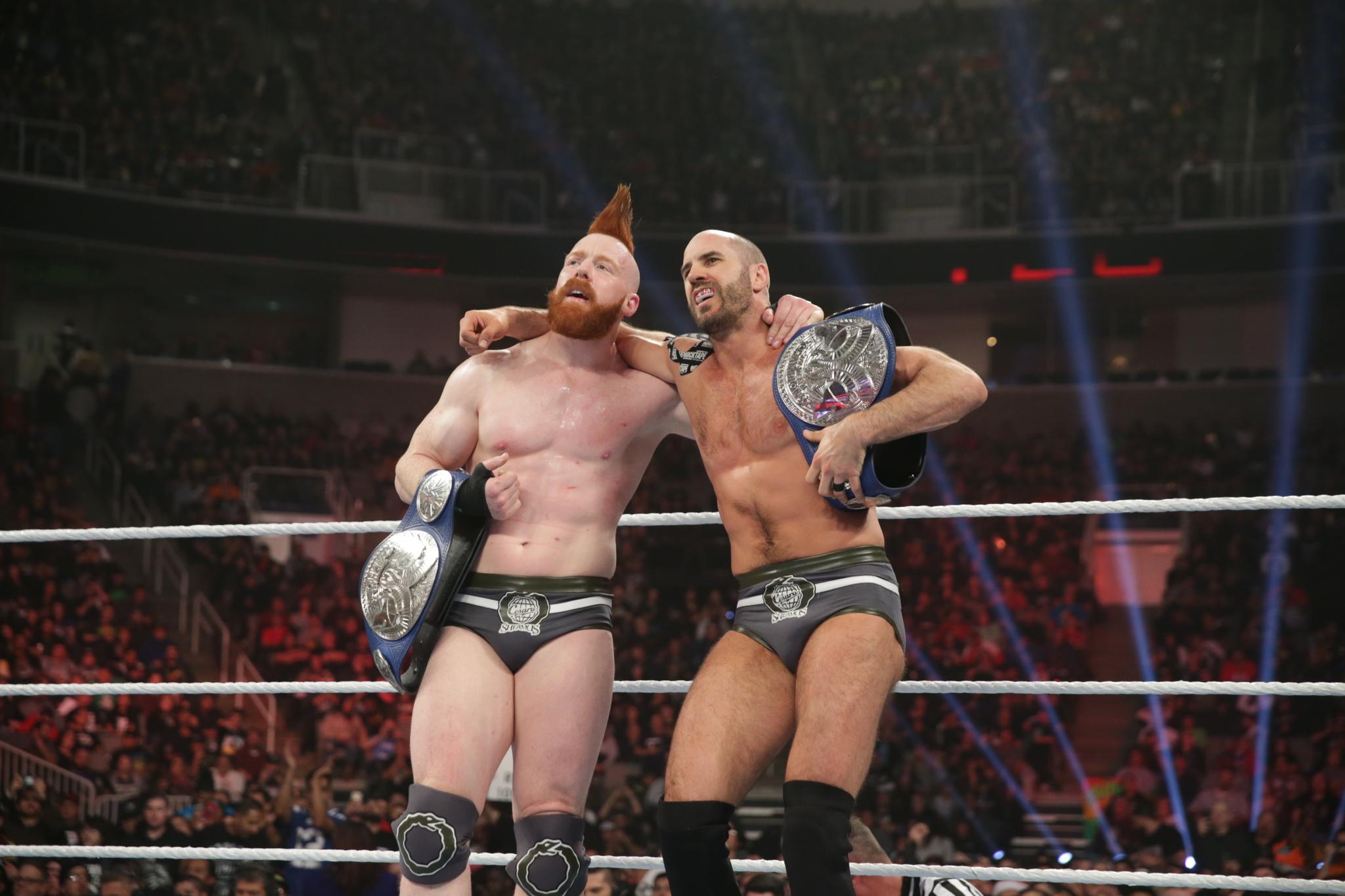