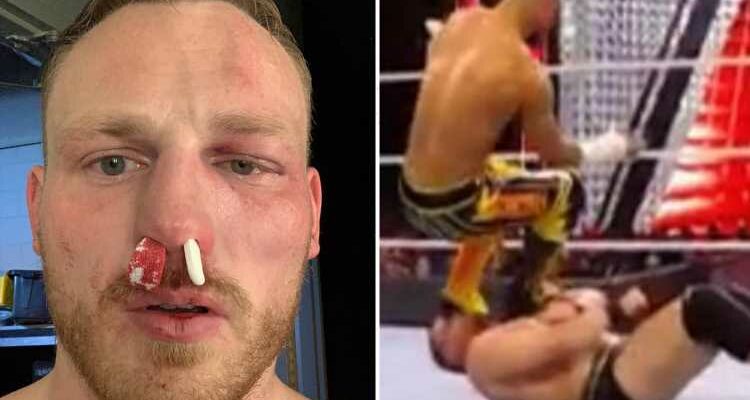 ENGLISH WWE star Ridge Holland has revealed the brutal damage he suffered to his face at the Day 1 pay-per-view.

The wrestling prodigy, a former Rugby League player, has recently been drafted to SmackDown from NXT and been taken under the wing of Sheamus. 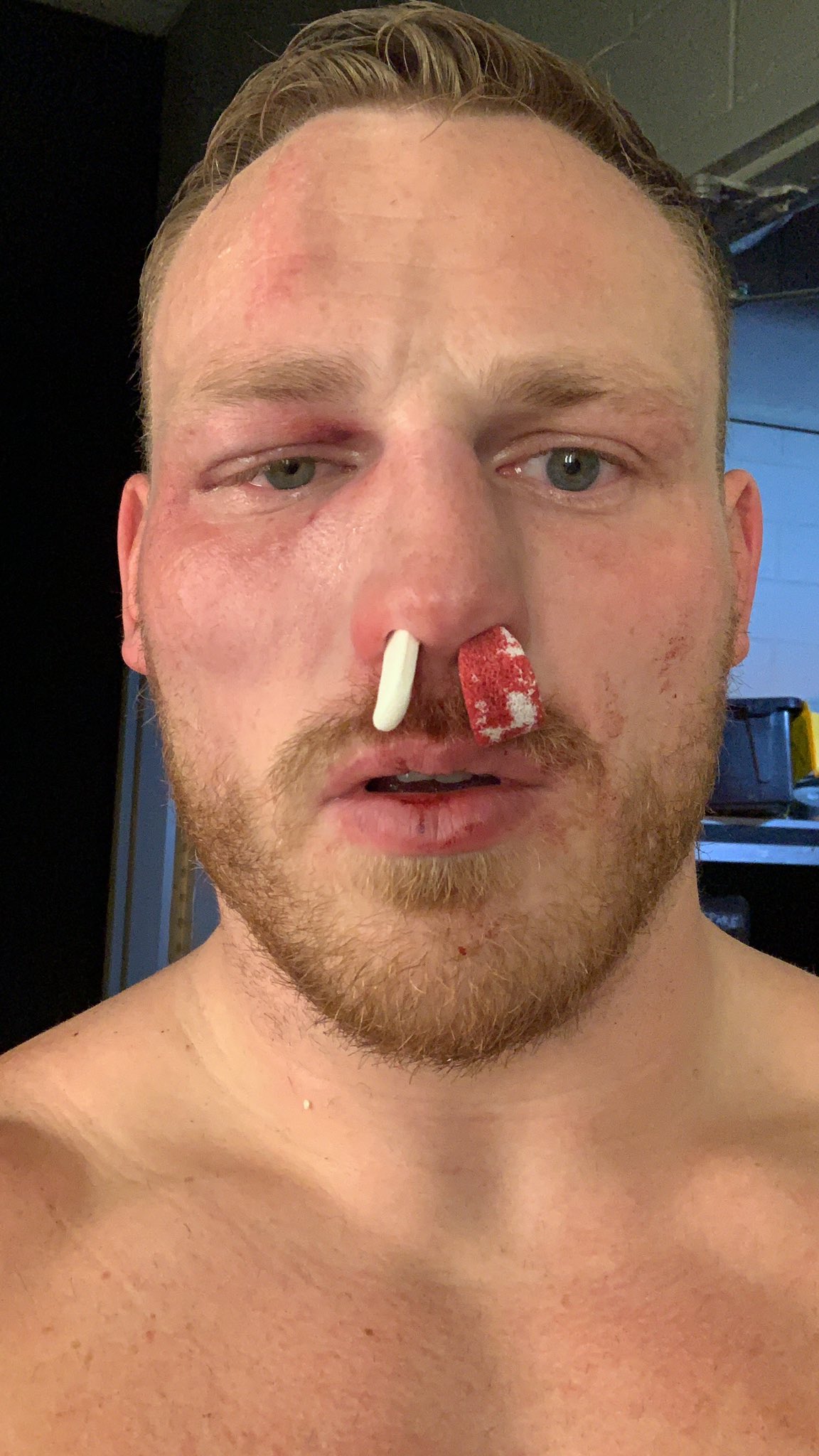 The pair joined forces again on Sunday to battle Cesaro and the high-flying Ricochet in a tag-team match on the Kick-Off show ahead of the extravaganza.

Sheamus and Cesaro, former members of The Bar, started off the bout before the Irishman quickly tagged in Holland.

The 33-year-old and the Swiss Cyborg went back-and-forth before the Brit was hit with a backbreaker.

Ricochet was then tagged into the match and he landed a flip onto Holland after being lifted up by his partner.

Unfortunately the move did not go quite as planned as his knee smashed into Holland’s nose with his face soon beginning to pour with blood.

The injured ace was soon tagged out of the bout by Sheamus and went to the back for treatment with the commentary team announcing that he would not be returning to the bout due to a ‘broken nose’.

WHAT'S ON THE MAN U?

Now Holland has taken to social media to show off his war wound with a close-up selfie revealing the bloody damage he suffered.

And it seems that the broken nose was in fact the correct diagnosis.

Sheamus wrestled the remainder of the match alone and was even able to secure victory when hitting Ricochet with White Noise outside the ring and then pinning Cesaro following a Brogue Kick.