Here are seven things we learnt from Raw last night. 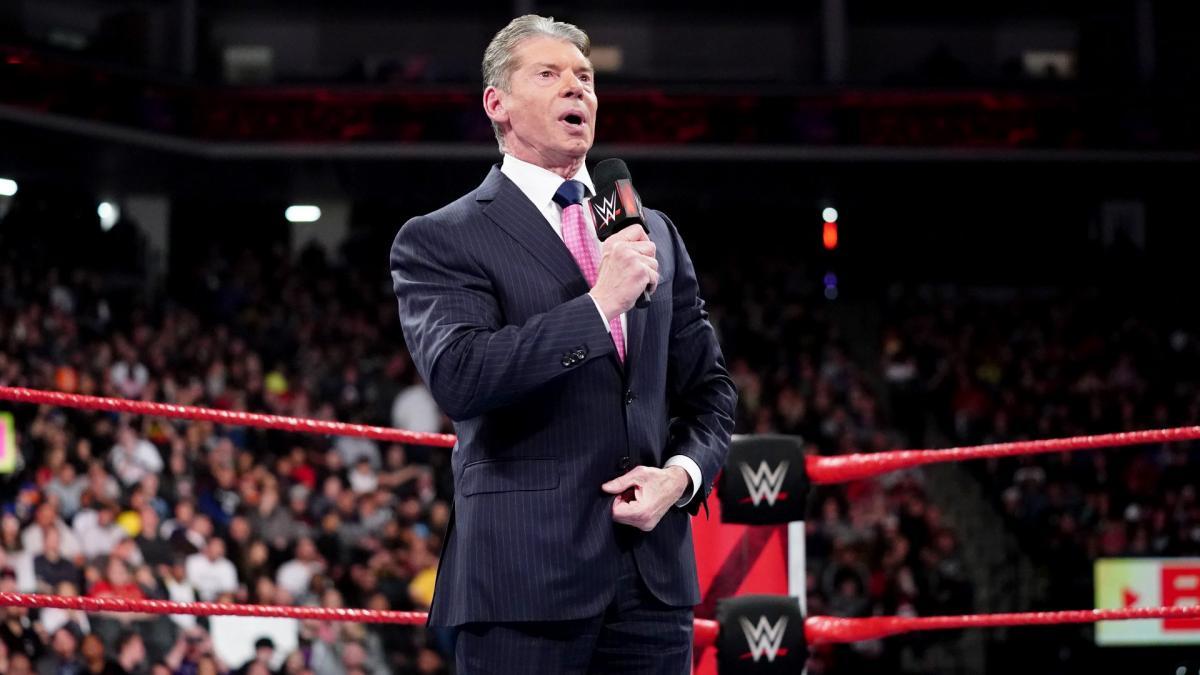 As always when Raw’s ratings plummet, Vince McMahon returns to television. This time he has promised to “shake things up” on Raw.

He said Raw survived 25 years because it moved with the times and introduced Shane, Stephanie, and Triple H.

They announced that from now on, the McMahons are in charge on WWE.

Triple H promised: “Something new, something fresh. In the coming weeks and months, you will be seeing new faces, new superstars, new matchups.”

And irony of the McMahons being brought in to save the creative shortcomings of Raw is almost too hilarious to bear.

Not to mention the idea of Triple H and the McMahons running WWE as being fresh –wasn’t that the exact story 18 years ago during the McMahon-Helmsley era? 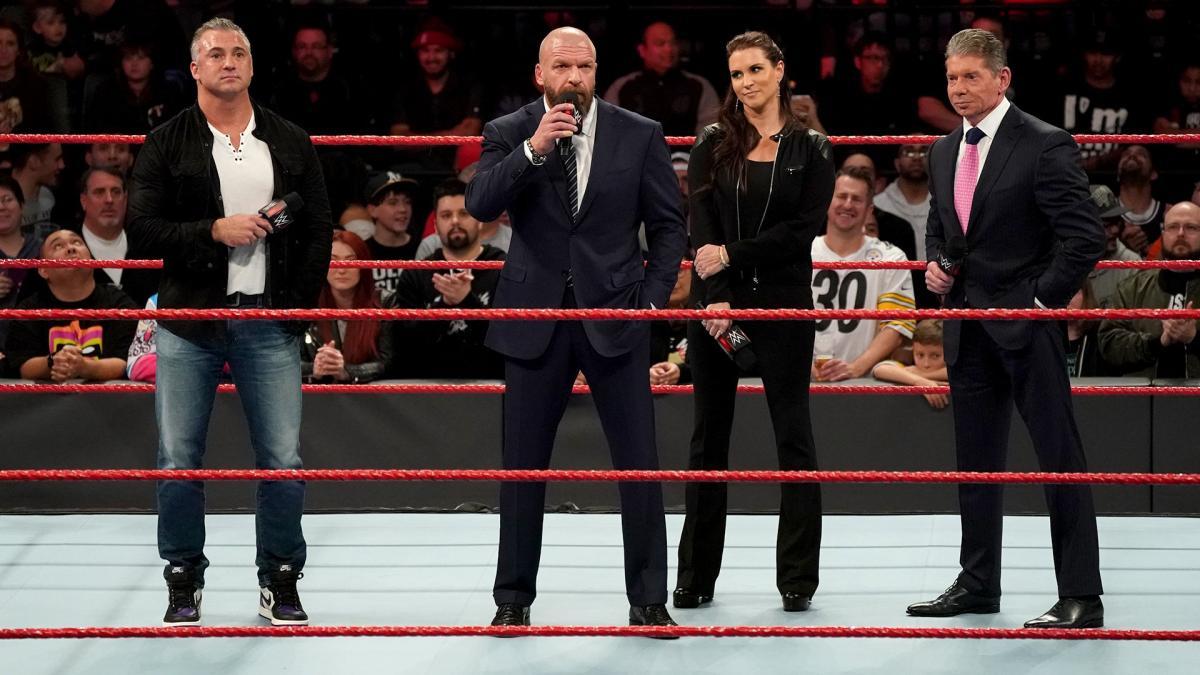 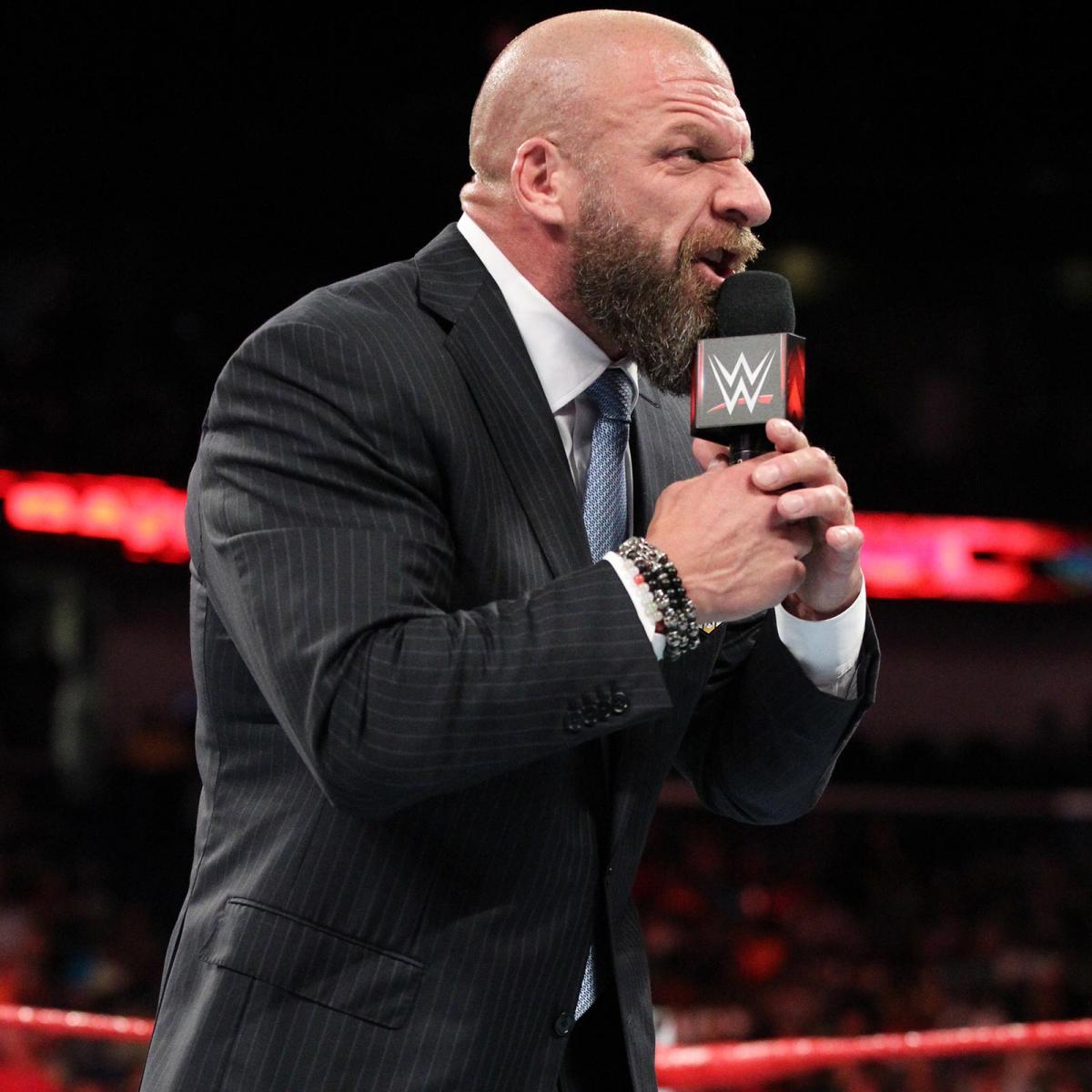 Baron Corbin will NOT be reinstated as Raw GM

After his trouncing at the hands of Braun Strowman, Kurt Angle, Finn Balor, Apollo Crews, Heath Slater, Bobby Roode, and Chad Gable at TLC, Corbin pleaded with the McMahons for a shot at redemption.

They agreed that he could have his job as GM back if he could beat Kurt Angle, who came out to a huge pop. Heath Slater was also announced as a referee.

During the match, Triple H and Shane used Corbin’s own tricks against him by suddenly announcing the match was now both a handicap match AND no disqualification.

Crews, Roode, and Gable joined Angle for a steel chair-assault on Corbin, before putting him away (and through a table) with a couple of Angle Slams.

So the McMahon’s first point of business to make Raw “fresh” was to re-run the exact same angle from the night before? Still, the crowd lapped it up. 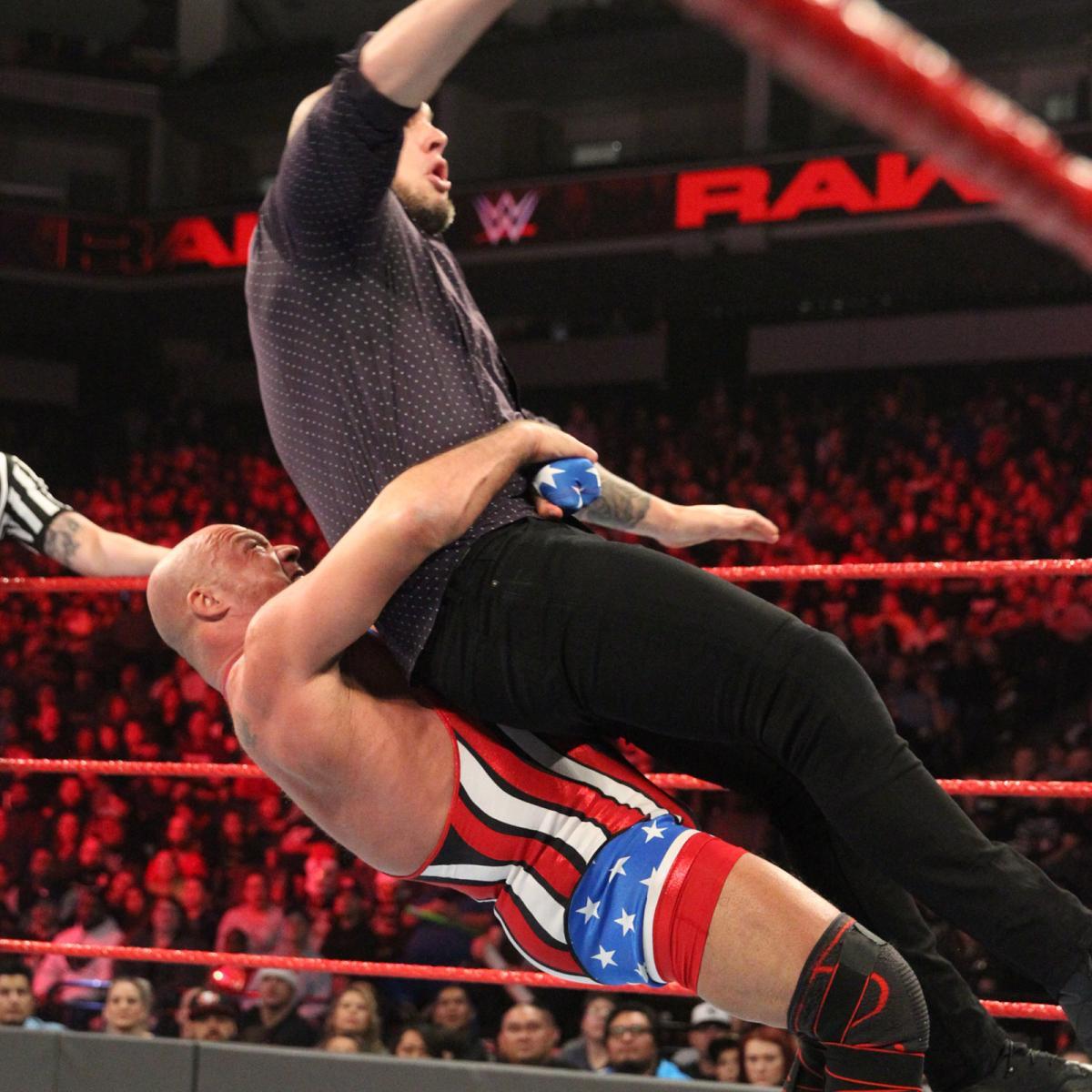 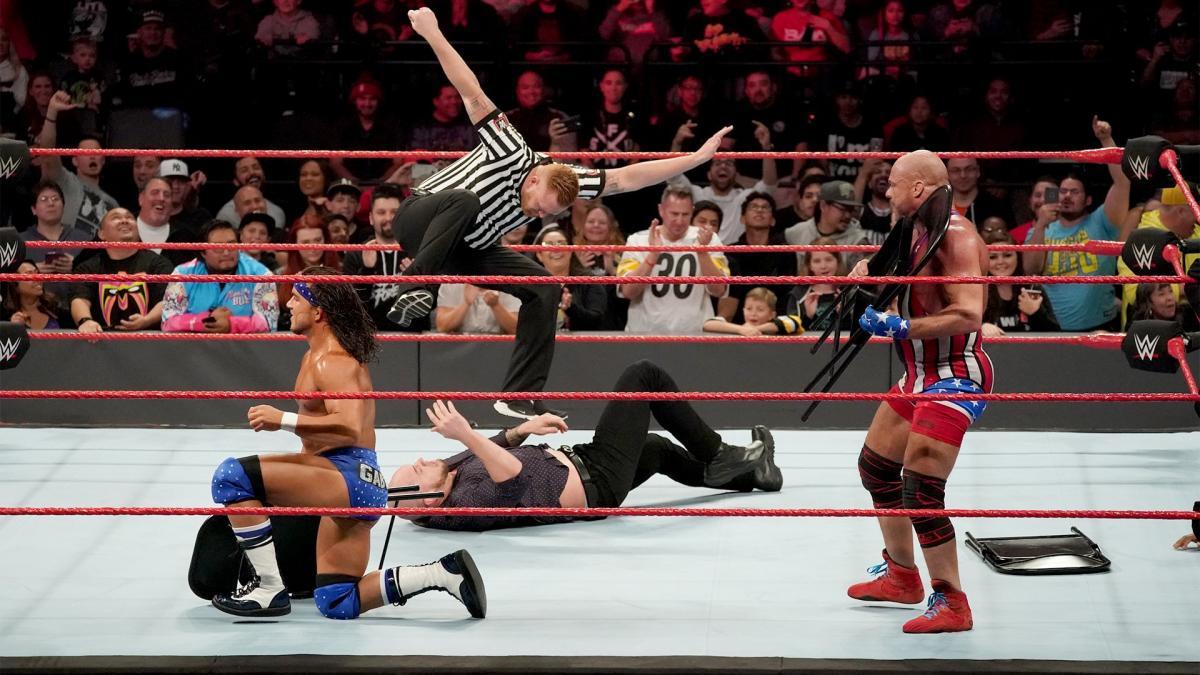 Natalya is Ronda Rousey’s next challenger

Ronda came out to address what happened at TLC, after she pushed Becky Lycnh and Charlotte Flair off a ladder and cost them the SmackDown title.

Ronda then issued an open challenge for her title but the women were too busy squabbling backstage to choose a challenger.

So Stephanie McMahon intervened and set up an eight-woman gauntlet match, with the winner getting a future shot at Ronda’s title.

Bayley eliminated Alicia Fox and Dana Brooke. Mickie James then defeated Bayley, but was eliminated herself by Ember Moon.

Natalya then entered the match and rolled-up Ember to advance, before pinning Ruby Riott and tapping Sasha Banks with the Sharpshooter to earn her match against Ronda.

Ronda and Natalya have been playing best friends on screen, so it was inevitable that they’d collide sooner or later.

They hugged after the match and walked away together, but will they be able to keep things cordial? Or will Natalya turn on the “Baddest Woman on the Planet”? 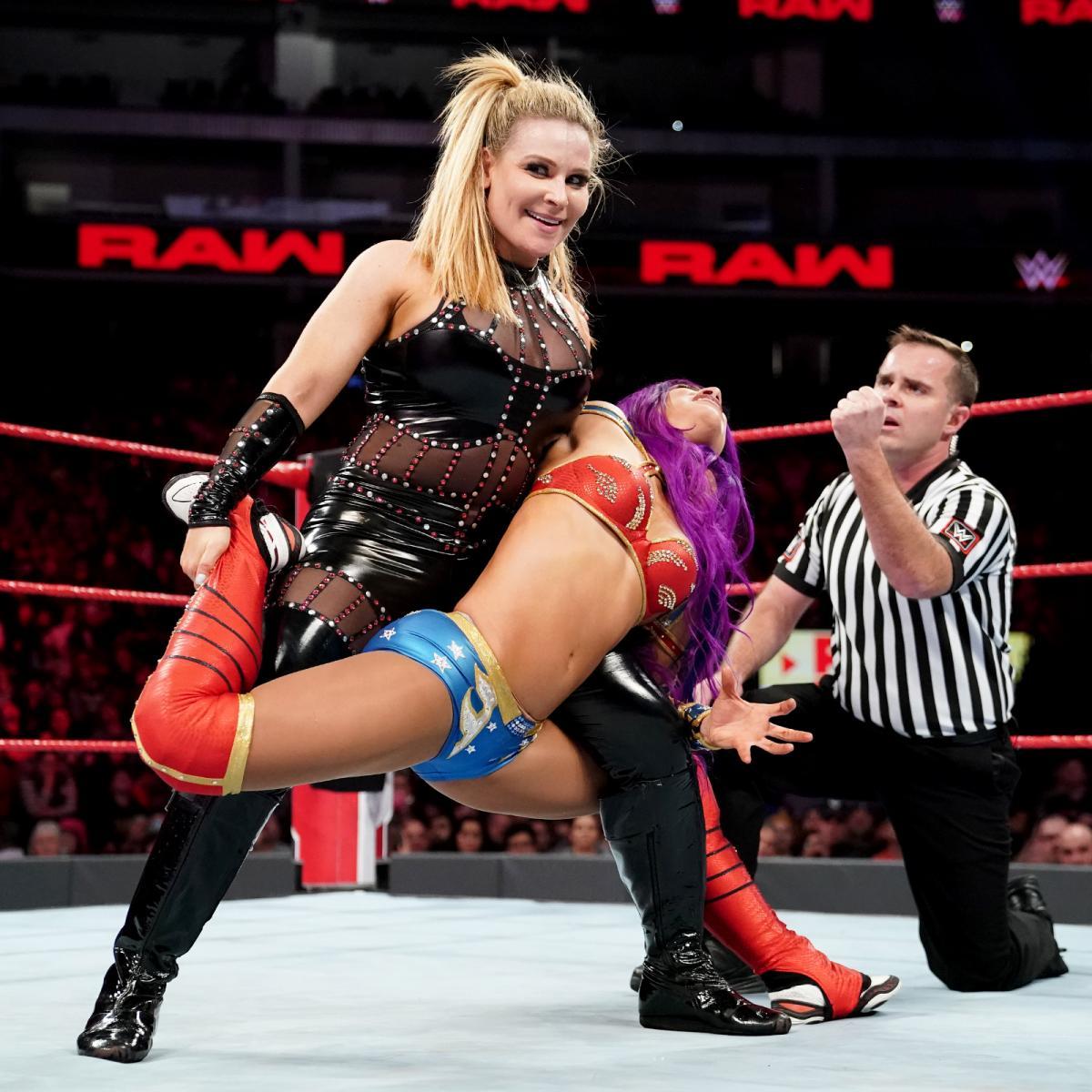 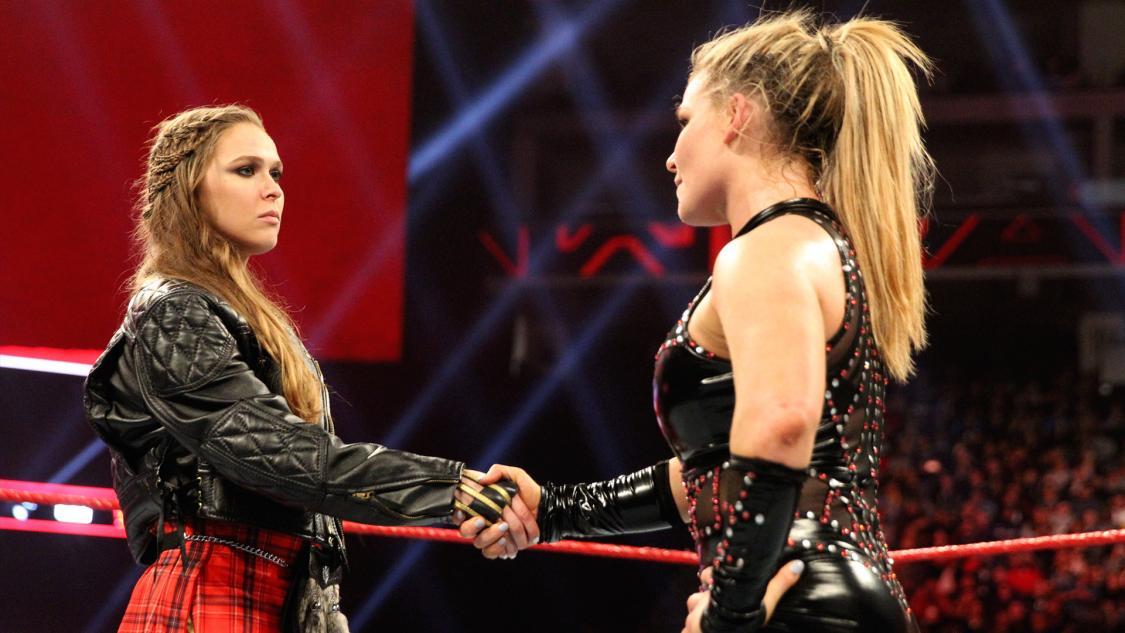 Dean Ambrose and Seth Rollins are not finished with each other

Wearing his Del Boy coat, and surrounded by his personal SWAT team, Dean Ambrose showed off his newly-won Intercontinental Championship.

But he was not content with only taking Seth Rollins’ title.

He said: “I’m gonna take Seth Rollins’ career, his reputation as this great guy… and I’m gonna drag it through the mud and throw it in the gutter where it belongs.”

Ambrose called out Rollins and tried to provoke him, but “The Architect” was a no-show.

Then, Ambrose issued an open challenge instead which was answered by Tyler Breeze.

Ambrose beat Breeze with Dirty Deeds – but after the match Rollins’ music hit.

As he prepared himself for Rollins, one of the SWAT team members jumped in the ring and super-kicked Ambrose.

He then pulled off his mask to reveal… Seth Rollins, of course.

Rollins scrapped with the other SWAT team members and put them down one-by-one. 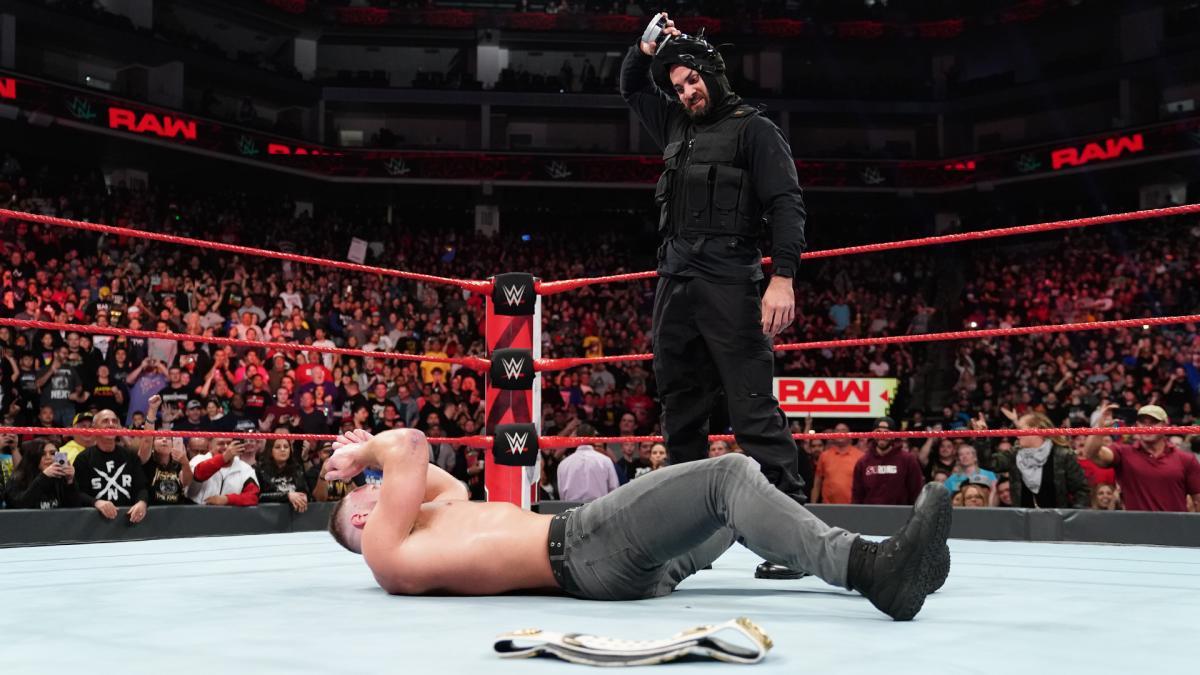 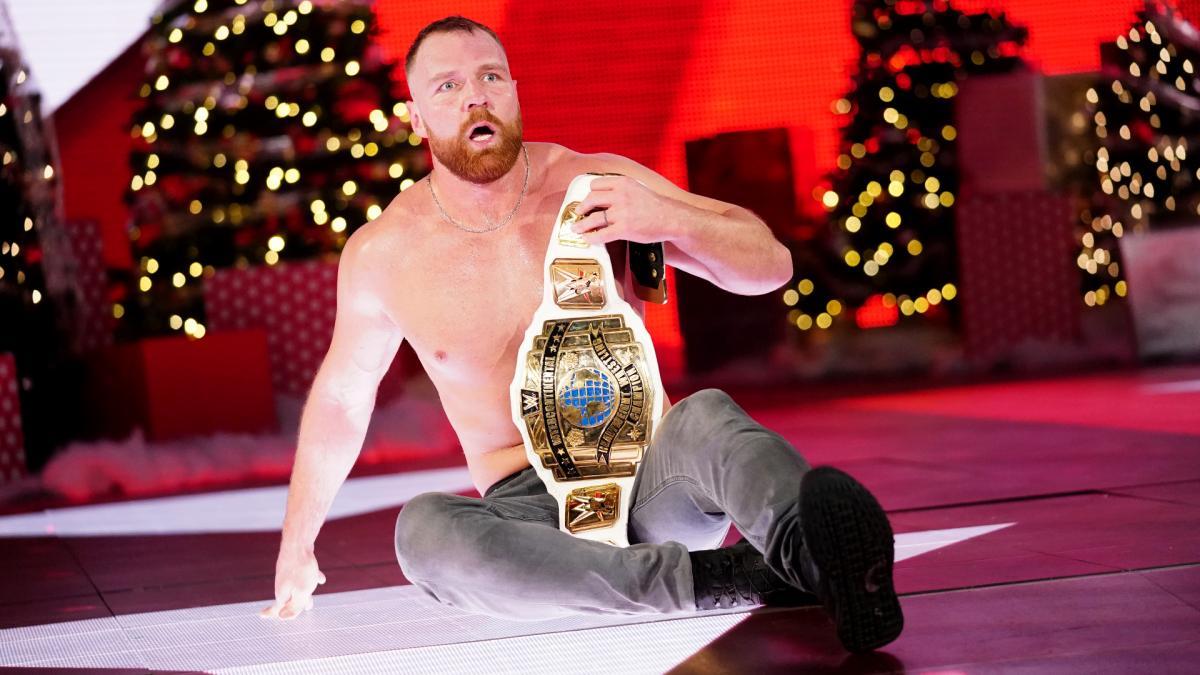 Two separate video packages were shown advertising the imminent return of Kevin Owens and Sami Zayn – who have both been out for several months with injuries.

The last time we saw them, they were being used as comedy foil against the likes of Braun Strowman and Bobby Lashley.

Will they return as a team or as singles competitors? And will they still both be playing heels or turn babyface?

Hopefully WWE will push the reset button on KO and Zayn and give these two hugely talented wrestlers the push they deserve. 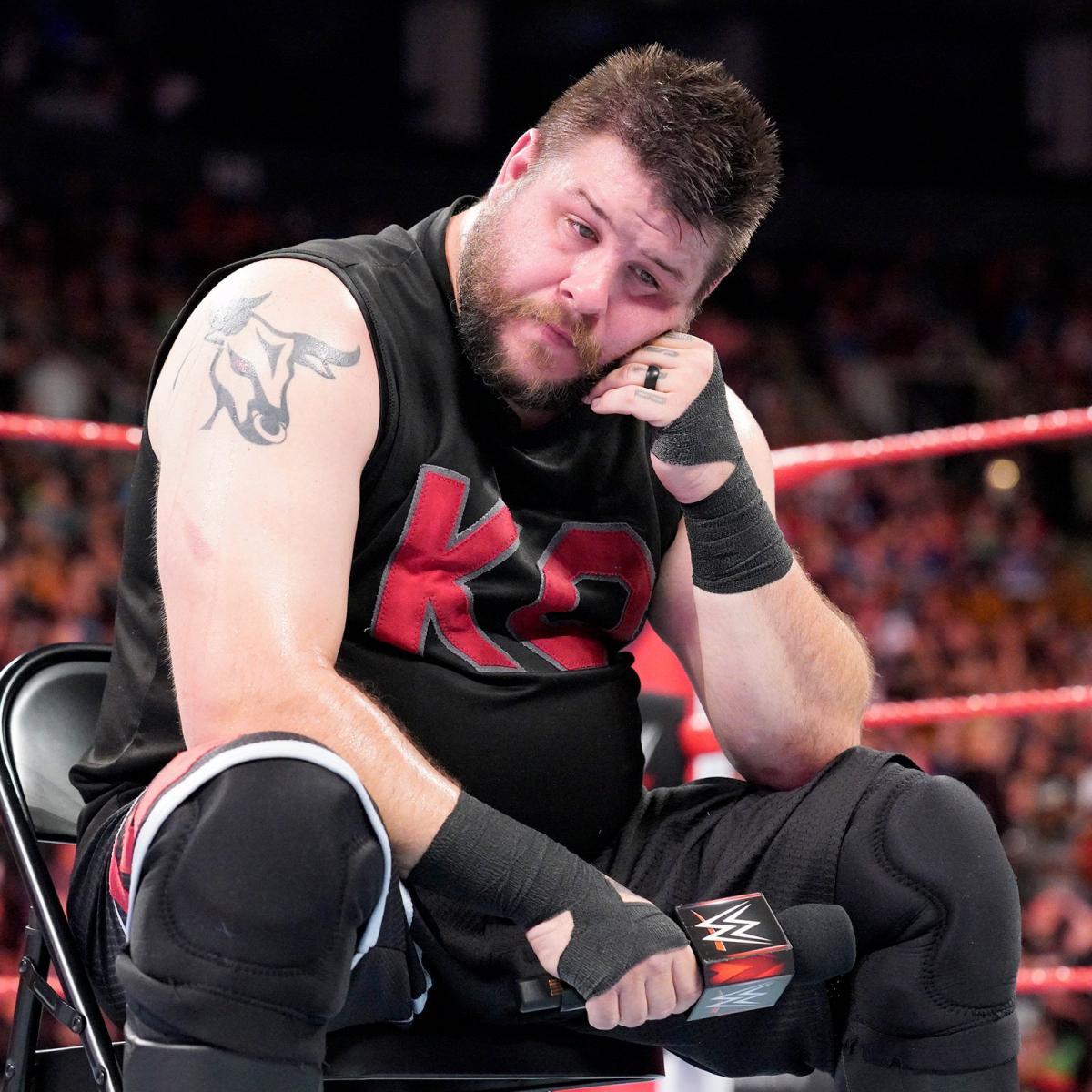 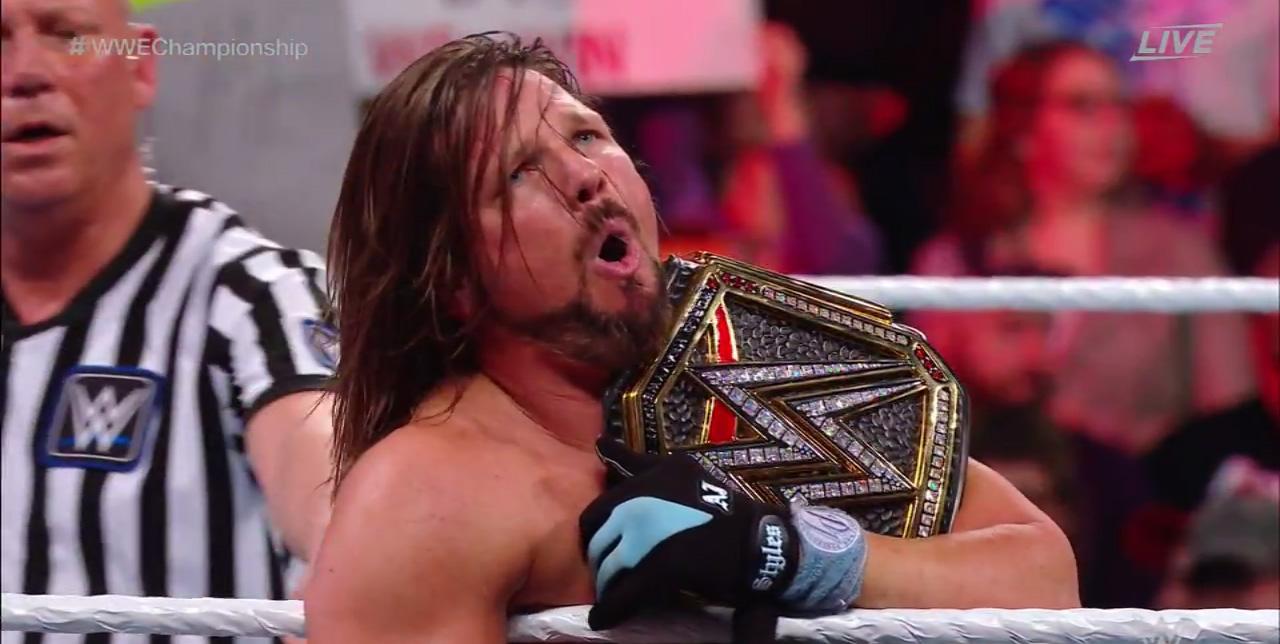 The Revival are the number one contenders for the tag titles

The McMahons’ next port of call was to book a fatal four-way tag match to determine the next challengers to Roode and Gable’s tag team championships.

The match – AOP v The Revival v Lucha House Party v The B-Team – was a stark reminder of how woeful the Raw tag division is at the moment.

The Revival scored the win when they nailed Bo Dallas with the Shatter Machine.

If The Revival can shake the comedy jobber rep they’ve been lumped with, a feud with Roode and Gable has huge potential.

Just look back to the electric rivalry The Revival had with American Alpha – Chad Gable’s previous NXT tag team. 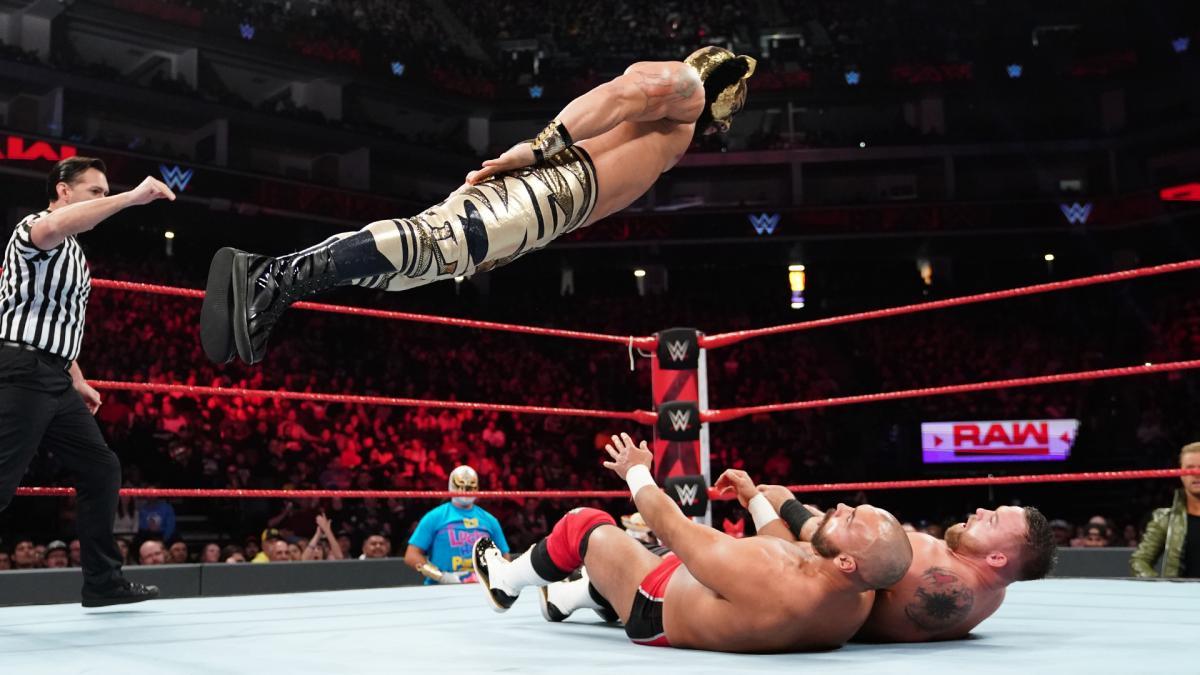 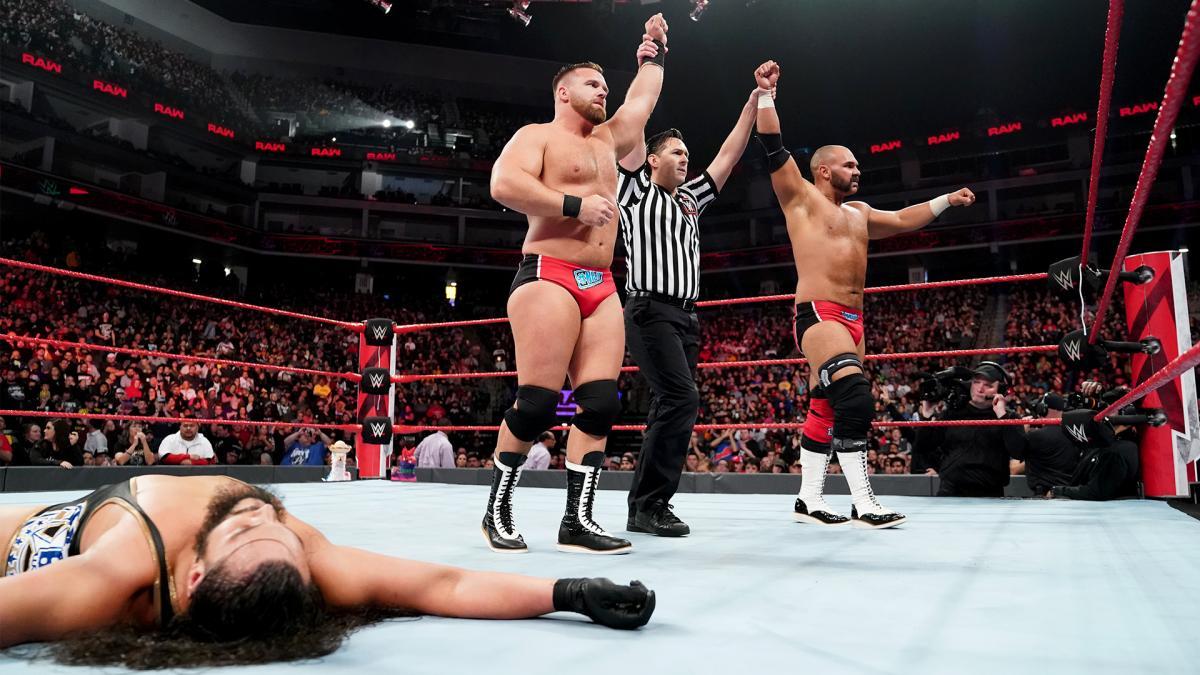 The next lot of NXT call-ups has been announced already

As part of the McMahons’ promise to bring in fresh faces, a video package ran advertising the next batch of superstars heading to the main roster.

Are they coming to Raw or SmackDown? And will they have a real shot at the main roster or get the No Way Jose treatment and disappear off the face of the earth? 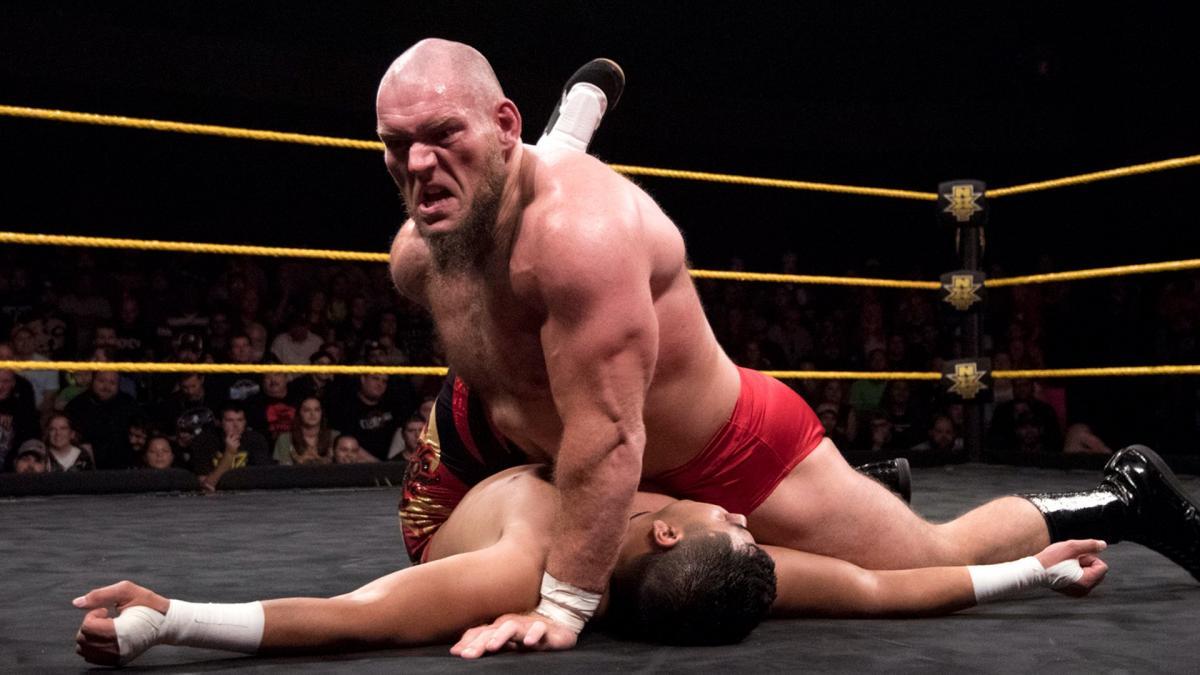