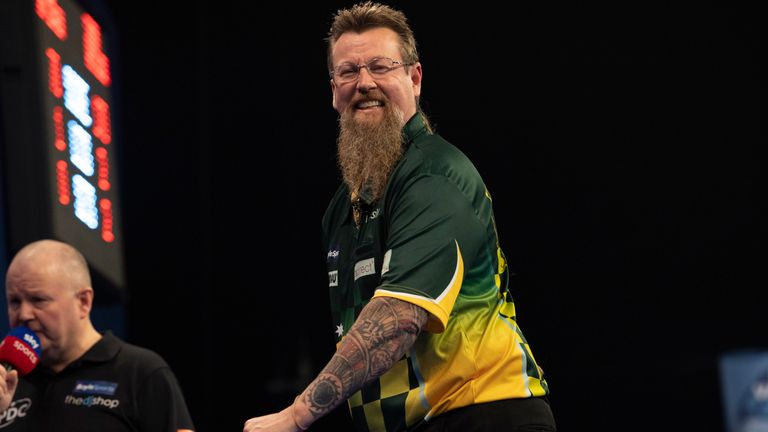 Simon Whitlock and Dirk van Duijvenbode will meet in an unlikely World Grand prix semi-final on Sunday after the pair sent Michael van Gerwen and Gary Anderson packing in Coventry.

A tournament that had seen six of the eight seeds beaten in the first round had its biggest surprises on Saturday evening as 28-year-old aubergine farmer and world no 73 Van Duijvenbode stunned Anderson, only for world no 1 and five-time champion Van Gerwen to follow him out just over an hour later.

The other semi-final will see Gerwyn Price take on two-time runner-up Dave Chisnall.

Simon Whitlock produced a near flawless display to end Michael van Gerwen’s two-year reign as the World Grand Prix champion and keep alive his own title hopes just a matter of days after being added to the tournament. 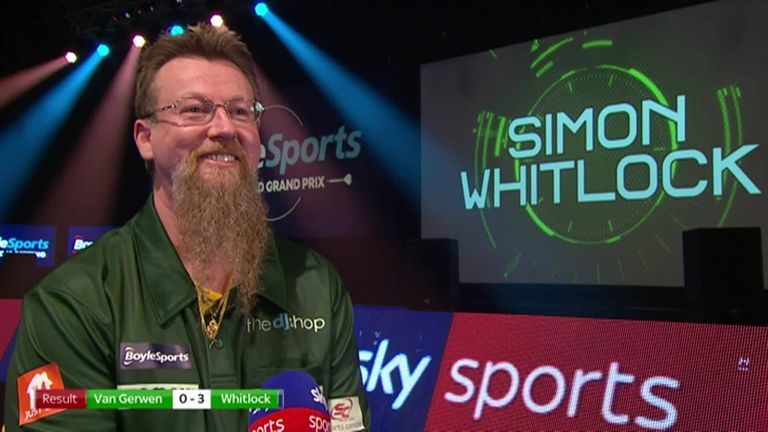 The Dutchman had no answer to Whitlock’s scoring and finishing, and while Van Gerwen’s misery on the outer ring continued, Whitlock was in unforgiving move as he sealed a second high-profile victory over MVG in the last three months.

The Aussie had beaten the world No 1 at the World Matchplay in July with an 11-4 second-round victory to end a run of 15 straight defeats to the Dutchman, and it was equally convincing on Saturday night.

Dirk van Duijvenbode continued the week of his darting life by stunning Anderson to move into his first televised semi-final and a meeting with Whitlock for a place in Monday night’s final.

There was to be no comeback as Anderson, one leg away from defeat, took aim at the treble rather than the double to start the fourth leg and Van Duijvenbode pinned double top to mop up 54 and seal victory.

Van Duijvenbode’s previous best PDC performance was a semi-final at the Belgian Darts Championship earlier this year, but victory guaranteed him at least £25,000 and keeps him in the hunt for a maiden PDC title.

In form Iceman too good for De Zwaan

Gerwyn Price ensured there will be at least one of the world’s top eight in the last four with a 3-1 victory over Jeffrey de Zwaan.

The Iceman has never gone beyond the quarter-finals of this event, but he did so by bossing his match with the Dutchman, also a late alternative after Stephen Bunting’s positive coronavirus test, from the off.

Price claimed the first four legs of the match as De Zwaan struggled to get going but the Black Cobra stopped the rot and forced the second set into a deciding leg.

With the winning post in sight, Price wobbled for the first time and De Zwaan claimed the third set before the Welshman lived up to his billing as the world No 3.

Having won three of the last four tournaments to be played, Price is the in-form player in the game and he claimed the three legs he needed to clinch another big semi-final – a spectacular 164 getting the job done.

Dave Chisnall survived a match littered with missed doubles to beat Joe Cullen in a last-leg decider and scramble into the semi-finals for the fourth time in the last eight years. 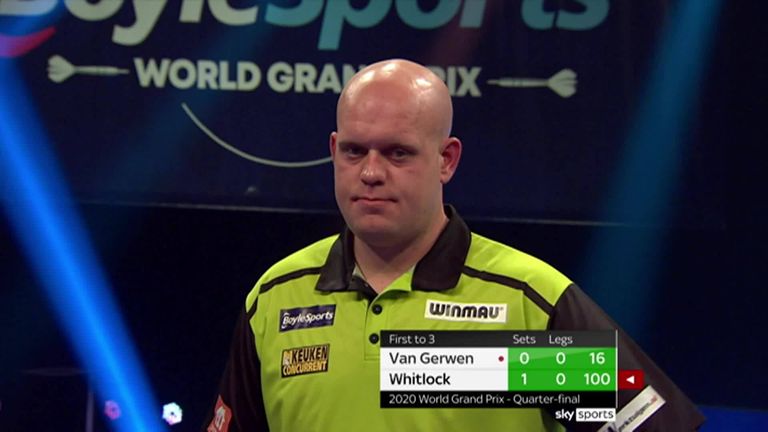 The pair missed 55 darts at doubles between them, Chizzy responsible for 33, but in the end Chisnall’s fight back from 2-0 for the second match in succession saw him into the last four.

Despite a fast start from Chisnall, which included a brilliant 150 finish to kick off the contest, it was Cullen who moved in front – but only after Chizzy, beaten by Van Gerwen in last year’s final, had missed nine darts to take the opening set.

A brilliant 120 from Cullen continued his momentum but as the second set also went the distance, Chisnall, remarkably missed another five set darts. Cullen missed six of his own but he pinned double seven to double his lead. 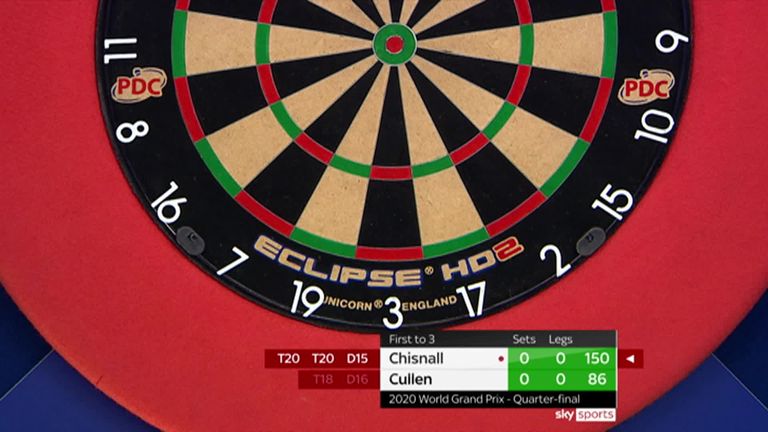 Chizzy hauled himself back into the match, sweeping the next three legs for the third set with another 150 finish the highlight before he edged a fraught fourth set with a sizzling 155 finish for a level contest.

Cullen fought back from 2-0 down in the decider but it was Chisnall who got over the line, fittingly in a contest full of missed chances he saw three match darts go begging before he pinned the winning double.

Darts is back on to Sky Sports throughout October with the World Grand Prix and the Premier League Play-Offs. Follow us @SkySportsDarts to stay up to date with all the news.