A member of Australia's new breed has vowed the Test side will continue to show "mongrel" against India without resorting to the behaviour that brought the team into disarray.

After a week of much debate over the identity of Australian cricket, Test newbie Travis Head is adamant Tim Paine's men will not be short of aggression when they take to the field in Adelaide against India. 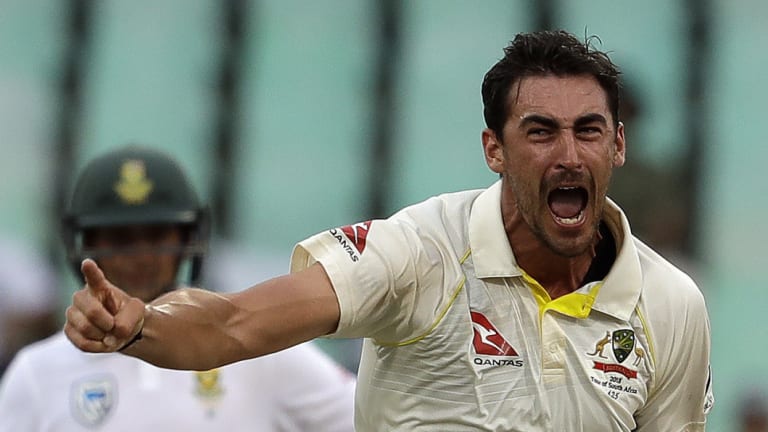 Fired up: Australia’s quicks can show aggression through their actions not words, says Travis Head.Credit:AP

Head believes Australia's pace battery of Mitchell Starc, Josh Hazlewood and Pat Cummins will play their part by turning up the heat on Virat Kohli's batsmen, many of whom are unproven on these shores.

Australia's on-field behaviour has been a major talking point since the ball-tampering scandal in South Africa this season but will come under even closer examination in the four Test-series against the world No.1.

As part of a move to clean up their behaviour, which was called into question during the Ashes and hit rock bottom at Newlands, the team's leaders released a players' pact pledging to make all Australians proud of the side.

The pact was met with scorn by former greats such as Shane Warne and Michael Vaughan while former captain Michael Clarke last week slammed the side, saying it was "not going to win shit" if it was preoccupied with being liked instead of respected.

This was denied by Paine but those holding views such as Clarke's will find voice if the losses continue to mount.

Whereas Australia's players have used the metaphorical "line" to determine the boundaries of acceptable behaviour, new coach Justin Langer has stated there is no room for abuse in the game.

Head believes Australia can still be "fierce" and "aggressive" without resorting to trash talk.

"Words are sometimes cheap, it's how they bowl, and their actions. If that mongrel means 'Starcy' bowling 150 [km/h] and 'Cummo' hitting a really hard length and same as 'Hoff' [Hazlewood], it's bowling aggressive, being aggressive, the way we play, the way we bat," Head said. 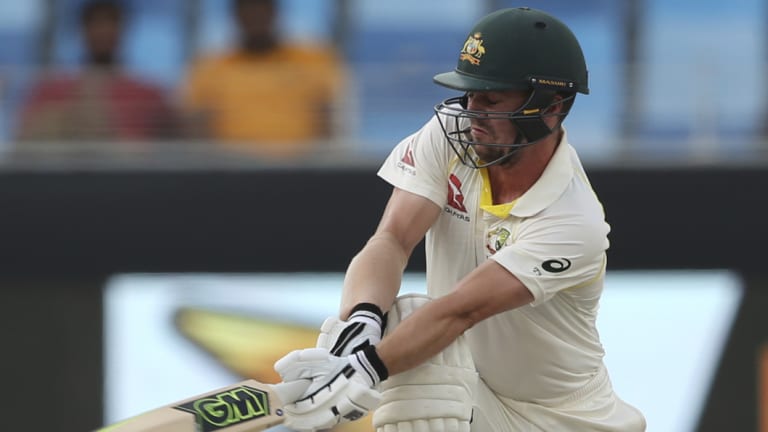 New breed: Travis Head is championing aggression in deed rather than through sledging.Credit:AP

The two nations played a spiteful series when they last met with the conduct of players from both sides in question.

Cummins said last month he was not expecting a repeat this summer but warned India the team would hold its ground in any confrontation.

Head says aggression can be shown while batting and in the field through body language instead of conflict.

"You do that in your actions, the way you buzz around the field, the way you cut down runs, create pressure," Head said.

"You don't have to say anything to have mongrel, I don't think. Some players will, some players won't.

"I try and attack the ball every time … to put pressure on the batters.

"That's what cricket is about, about enjoying it, playing with a smile, but it's also about when you're in the contest, not letting them get on top and win the contest."

The main man standing in the hosts' way is Kohli, who, unlike many of his teammates, has shown he can be a force in Australian conditions.

Kohli had a wretched series with the bat last year against Australia, making just 46 runs in five innings.

Head is confident the Australian quicks can put Kohli under enough pressure to stem the runs.

"You have to attack good players most of the time, particularly early," Chappell said on the Cricinfo website.

"I think Starc early because early on in his innings [Kohli] likes to play some flashy, expansive drives.

"With the angle across that can cause trouble, particularly if Starc can get the ball to swing in as well. That makes the angled delivery even more dangerous."