The Mexican striker had been responsible for two-thirds of Wolves’ six league goals prior to last night and a staggering 41 per cent of their shots. 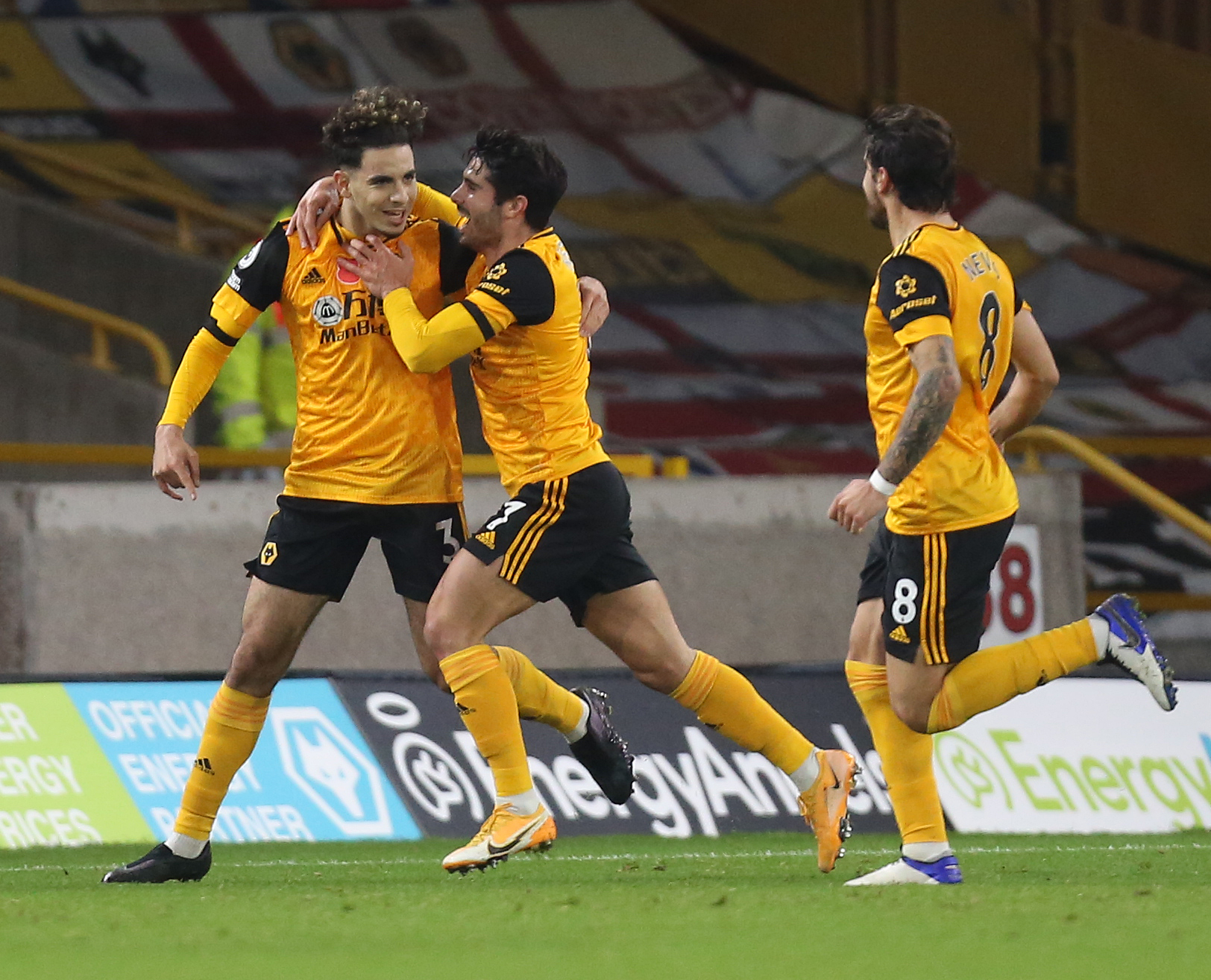 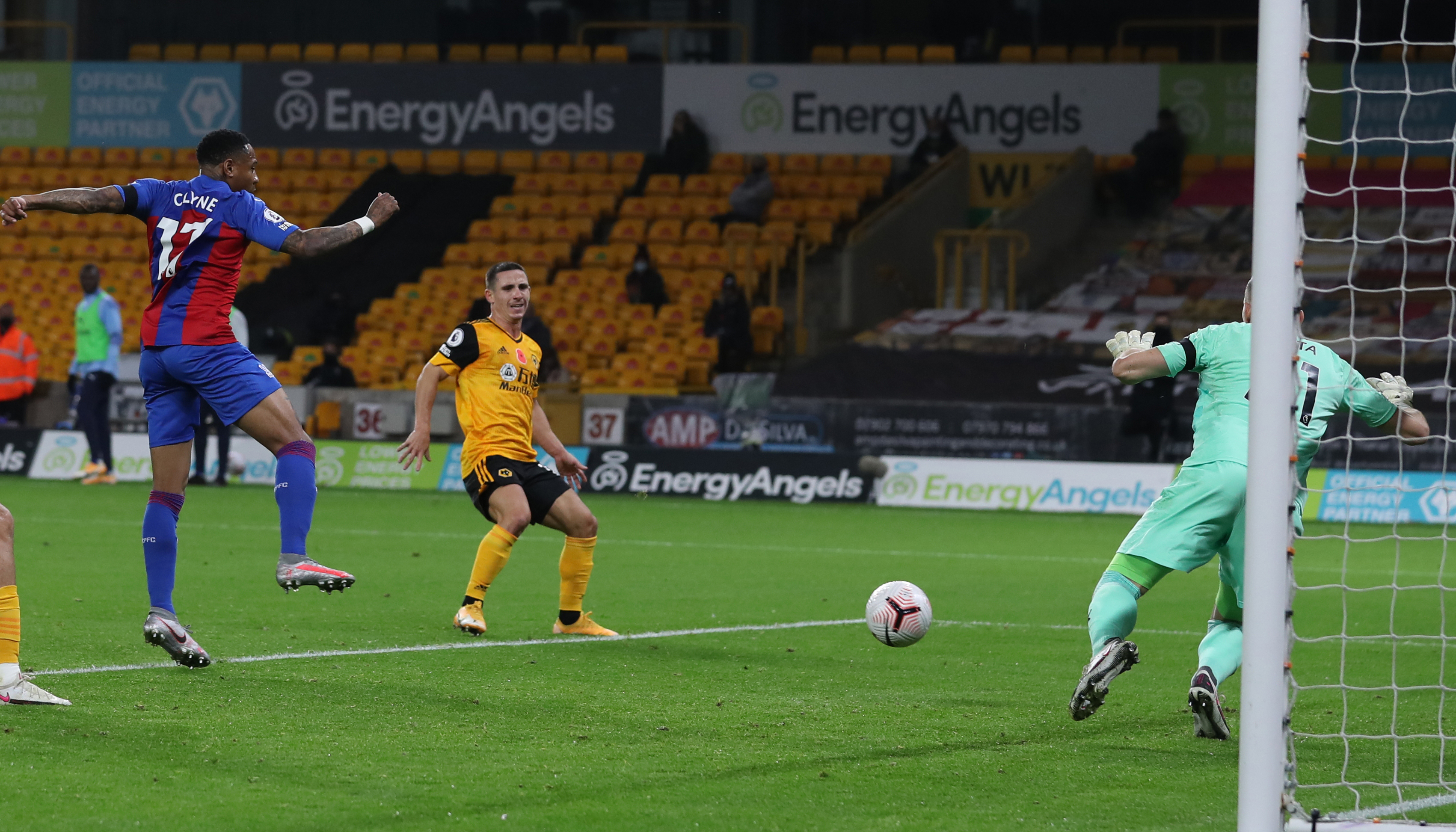 However to his relief, Jimenez discovered he has a couple of support acts as new-boy Rayan Ait-Nouri scored on his Wolves debut and Daniel Podence joined in on the act with a second.

Those first half strikes ensured the Molineux side made their best start to a season since 1979.

However they will be frustrated, knowing they could have been top of the Premier League this morning had they not succumbed to a last-gasp Jacob Murphy free kick in Sunday’s 1-1 draw with Newcastle.

Palace meanwhile had one of those nights when nothing went right for them.

Roy Hodgson saw his side denied one goal, two penalties and had skipper Luka Milivojevic sent-off – all on the say-so of VAR – as Martin Atkinson needed a helping hand to get some key decisions right.

Milivojevic could have no complaints as he raked his studs down the back of sub Joao Moutinho as it all went pear-shaped for Palace.

Because once both sides had paid their Remembrance respects and observed a minute’s silence for Nobby Stiles, the sombre mood swiftly changed.

From the first whistle Nuno’s pumped up players menaced poor Palace who didn’t know quite how to deal with the snarling beast which was unleashed on them.

It wasn’t as if Roy’s boys started particularly poorly.

They carved out the first chance of the night when Andros Townsend’s positive run ended with him picking out Wilf Zaha who blazed his shot over.

They even thought they had broken the deadlock after 17 minutes when they put together a neat passing sequence and comeback defender Patrick van Aanholt swept in a superb cross which was swept home expertly by Michy Batshuayi.

That was a hugely significant decision because, spooked by that narrow escape, Wolves immediately retaliated by taking the lead 60 seconds later from an unlikely source.

Nineteen-year-old left wing-back Rayan Ait-Nouri was only drafted in to make his debut because Brazilian Marcal called off injured at the 11th hour.

But the French teenager didn’t take long to become an instant hit with watching Wolves fans as he made a sensational start to his Premier League career with a stunning goal. 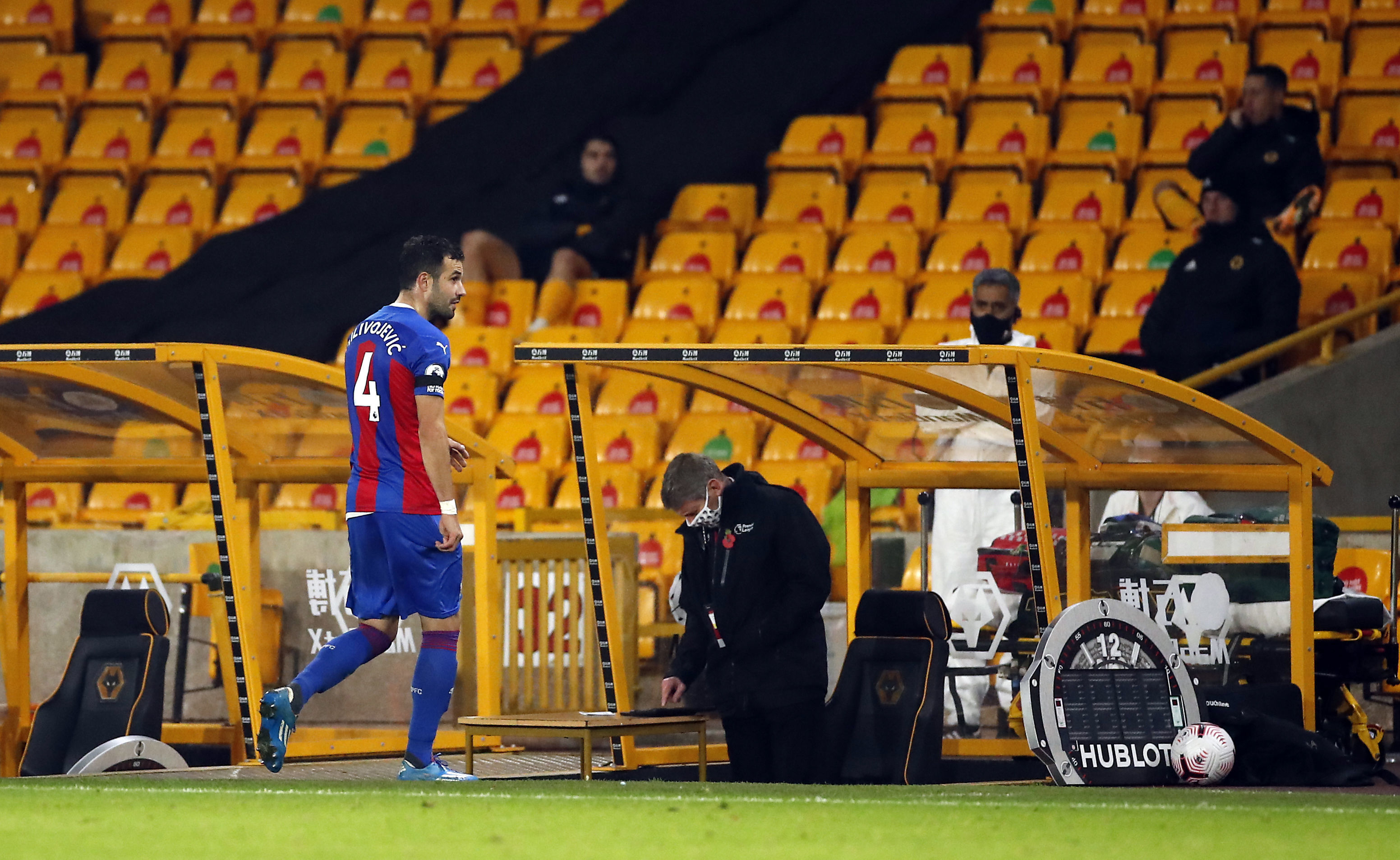 Daniel Podence’s searching cross skimmed off Kouyate’s head and dropped at the feet of Ait-Nouri who smashed a stunning left foot shot low past Guaita and into the far corner – what a way to introduce yourself.

Ait-Nouri hardly played for his French club Angers last season due to a facial injury which required surgery and the coronavirus shutdown.

Yet Wolves were happy to take the former Barcelona and Manchester United target on loan with a view to a £21million permanent deal if they like what they see.

On this evidence there is a lot to like!

The same could be said of Wolves who had Neves in fabulous form as he pulled the strings, pinging the ball all over the park to change the direction of attack.

Leo Dendoncker headed a fraction wide from a Podence cross before the Portuguese winger bent in a shot which Guaita spectacularly tipped over at full stretch.

On the other flank ex-Barcelona right-back Nelson Semedo cut inside and fired narrowly wide to Guaita’s relief.

Dendoncker then came at Palace through the middle with a rasping shot which beat the Palace keeper from 25 yards but bounced to safety off the junction of post and bar. 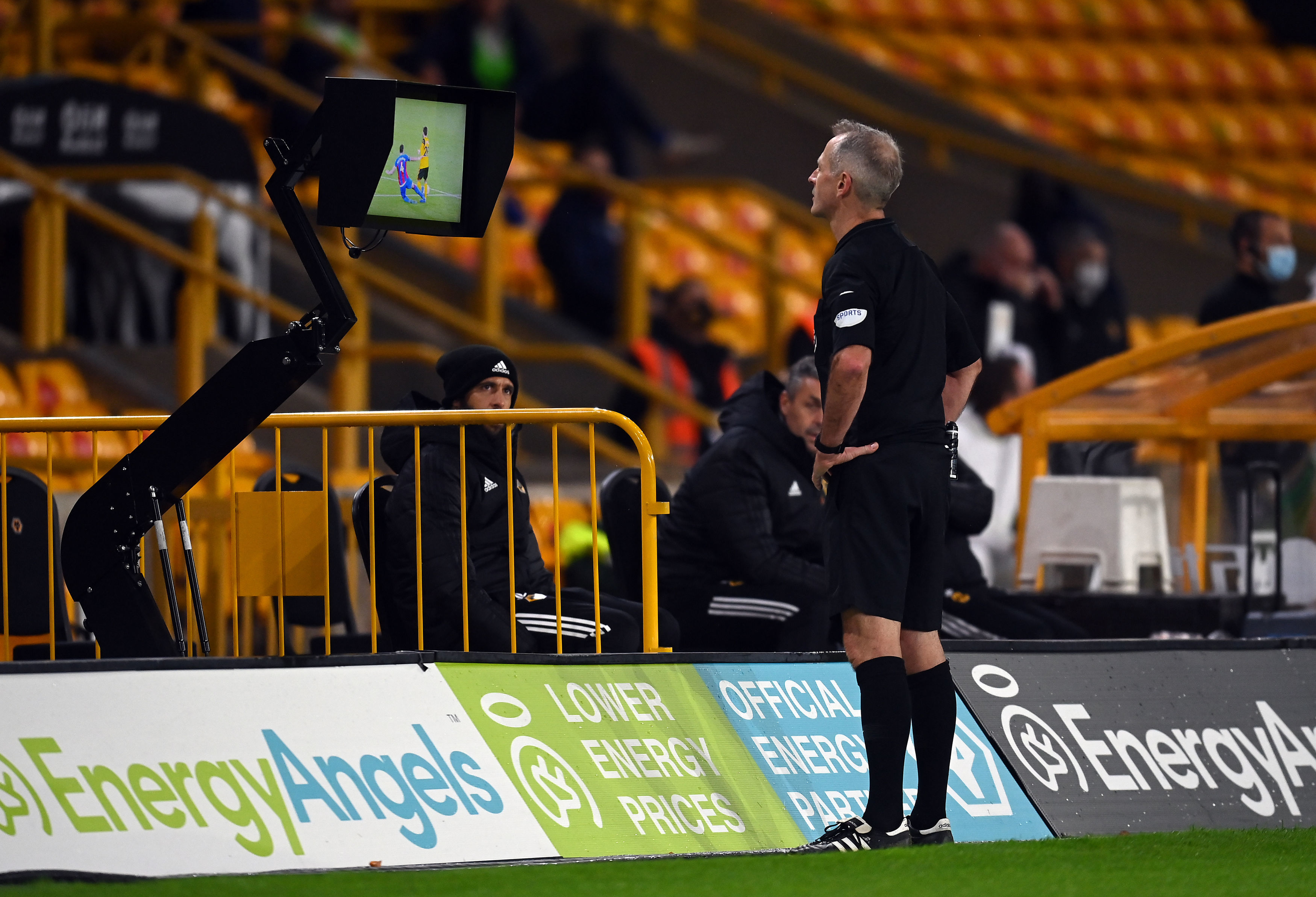 This wasn’t in the script from a Wolves side who are notoriously slow-starters and usually keep their best for after the break.

Wolves had only scored one first half goal this season at Sheffield United on the opening day of the season, the only game where they had scored more than one goal.

Yet they went two up here before the half hour when they hijacked a Palace throw-in to steal possession back and score.

Jimenez fed Neto who provided the cross and Podence stole in at the back post to sidefoot a volley beyond Guaita.

To their credit Hodgson’s team refused to lie down and thought they had earned a penalty when Boly was judged to have tripped Van Aanholt in the box.

However with Luka Milivojevic holding the ball in his hands ready to take the spot kick, VAR spotted that Van Aanholt’s leading foot was narrowly offside when he accepted Zaha’s pass and Martin Atkinson was forced to reverse the award.

However Wolves confidence was summed up when Neto cheekily tried to chip Guaita from 35 yards forcing the keeper to frantically claw the ball over his own bar.

The chances continued to stack up after the break but Zaha was denied a penalty after a VAR check decided there had been no illegal contact from Ait-Nouri and Neves.

Then Dendoncker slashed a volley over at the back post which would have provided the icing on the cake.

Before Milivojevic was sent packing to end any faint hopes the Londoners had off staging a late fightback.