The Women's National Basketball League have fined the Canberra Capitals $2500 for "inflammatory comments" made by coach Paul Goriss and his players after forward Kelsey Griffin had her head split open against Perth last Friday.

Griffin required stitches to sew up a nasty cut she suffered after she copping an elbow from Lynx import Asia Taylor in a heated round eight clash. 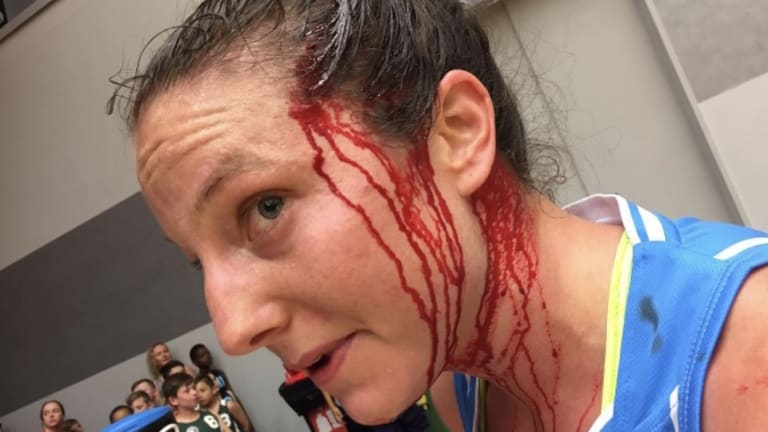 Canberra Capitals star Kelsey Griffin was busted open by an elbow from Asia Taylor in the WNBL.

Goriss was seething following the 88-84 loss and didn't miss in his post-match assessment.

"It’s not rugby that we play over here,” Goriss said.

“I thought we were here for a basketball game. That’s brutal when someone has blood bleeding from their head from an errant elbow and it’s not stopped.

“It happened last time and it continues to happen. No-one does anything about it.

“To me it’s up to the league to step in and do something about it. I’ve had my say several times. It falls on deaf ears. People continue to get away with how they play.

“It’s going to take someone to be severely injured for something to happen, otherwise someone has to step up and take some responsibility.” 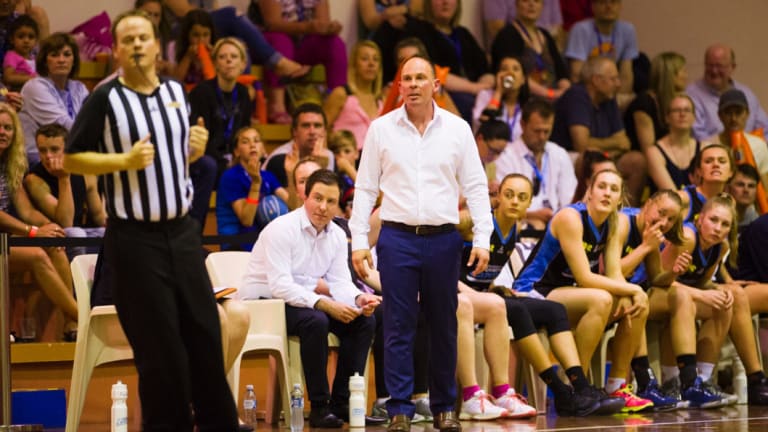 The Capitals have been fined following comments made by coach Paul Goriss and his players.Credit:Rohan Thomson

"It just seems like game to game it’s always different things for fouls. In the play with Kelsey, the referee that made the call was up at the top on the other side, and you couldn’t even see the other two referees in the actual play. They were nowhere to be seen.

"To me, those type of things are unacceptable. That’s why calls are missed, because they are first and foremost, not even in the proper position to see the play and make the right call."

But the WNBL have reviewed the footage and deemed the contact incidental.

"The league has completed a full review of all video evidence from the game and have concluded that in this specific incident the contact was incidental and deemed an unfortunate occurrence that can take place within the game of basketball," the WNBL statement read.

"Subsequently, the WNBL are issuing the UCC with a fine of $2500 for inflammatory comments made by UCC head coach Paul Goriss and UCC players. These comments are considered to be prejudicial to the interests and reputation of the WNBL, the Perth Lynx WNBL team and their athletes."

The Capitals have three days to challenge the penalty.