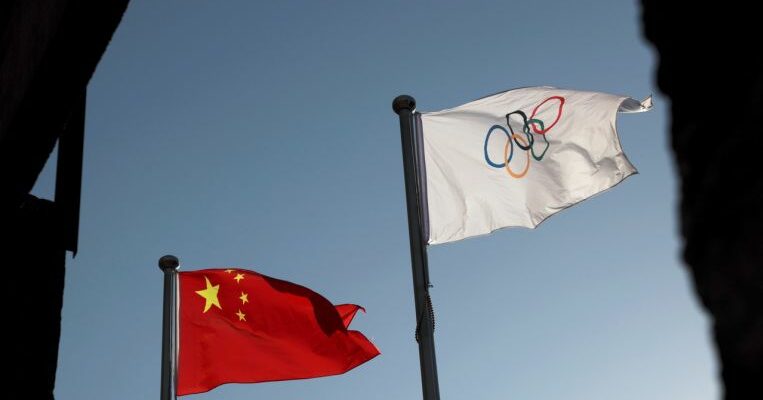 Both are lugers of the same nationality and have been transferred to quarantine hotels, he told a news briefing in the Chinese capital.

Beijing is hunkering down after experiencing more Covid infections in the current wave than at any time in the past 17 months, with officials asking for events and activities to be moved online.

Companies should cancel all conferences unless they are essential and take other steps to reduce public interaction as much as possible, authorities said at a press briefing held late on Thursday after seven cases were found in the Chinese capital in one day.

Companies and individuals who host events will be held responsible, they said.

Beijing has detected 45 cases in the latest wave, the most since June 2020. The country is struggling to contain its fourth outbreak with the more infectious Delta variant in the past five months.

With more than 1,000 locally-transmitted infections spread across 21 provinces, it is already the broadest flare-up since the virus first emerged in Wuhan.

Nowhere are the stakes of maintaining the Covid Zero approach higher than in the tightly-guarded capital Beijing. It is concluding a Communist Party plenum with about 400 senior political leaders now and plans to host the Winter Olympics starting in February.

Then in March lawmakers from around the country will gather in the city for the country’s annual legislative session.

A failure to contain the current outbreak would be a political as well as a medical blow in China.

The country’s leaders have long boasted about the success they have had in containing the pathogen that killed more than five million people worldwide, but fewer than 5,000 in China, the world’s most populous country.

Nowhere else has been able to maintain a zero-tolerance approach since the Delta variant emerged, with places that had early success – like Singapore and Australia – recently pivoting to treat it as endemic.

The infections have triggered another bout of extensive contract tracing and rising restrictions, including the closure of a large hospital and a shopping mall in downtown Beijing.

The latest news of infections among foreign athletes is another blow to Games organisers, coming on the back of a serious accident involving a Polish luger earlier this week.

Mateusz Sochowicz received knee surgery after he struck a barrier on the Yanqing track on Monday, fracturing one of his legs and suffering a deep cut on the other. He is expected to leave hospital on Friday, Games organisers said.

But the incident raised questions around the safety of Games venues. The 25-year-old hit the barrier at the point where the longer men’s track joins the start of the women’s track during a training session to allow competitors to familiarise themselves with the track.

Sochowicz “received very good medical care after his injury and is in very good condition, and is expected to leave hospital today,” Beijing Olympics official Yao Hui insisted at a press conference on Friday.

The officials brushed off reports that it had taken Sochowicz 30 minutes to receive emergency care, telling journalists the luger was attended to within three minutes.

Sochowicz, who finished 27th at the last Winter Olympics in Pyeongchang, told Polish website Onet that he jumped off his luge after he suddenly saw the barrier “in the middle of the track” during the test event on Monday.

He complained that staff at the track “seemed really incompetent” and said the accident could have “ended tragically”.

“After the impact I looked at my leg and I could see the bone. I was in shock,” he told Onet.

The organisers on Tuesday said they had “carried out a thorough check of the track and adapted the arrangement of the training”, in an online statement that included a photograph of smiling Sochowicz in a hospital bed surrounded by medical staff in hazmat suits.

“No one wants to see such incidents (such) as athletes being injured,” the organisers said in a separate e-mail to AFP on Thursday, adding that “the Polish luge team’s doctors have provided proper treatment and care to the athlete”.

Sochowicz’s accident evoked uncomfortable memories of the death of Nodar Kumaritashvili, a Georgian luger who was killed during a training run for the Vancouver Winter Olympics in 2010.