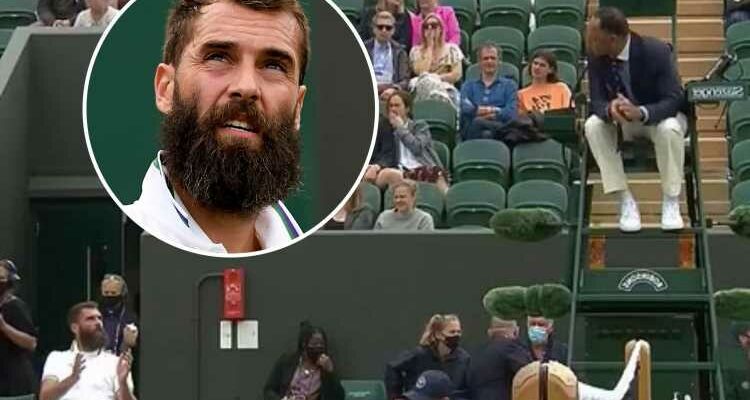 BENOIT PAIRE was hit with a court violation for poor sportsmanship for 'not trying' during his first-round loss at Wimbledon.

The controversial Frenchman, 32, was losing 6-3 6-4 5-0 to Diego Schwartzmann when he appeared to give up – sparking a furious fan to roar: "You're wasting everybody's time!" 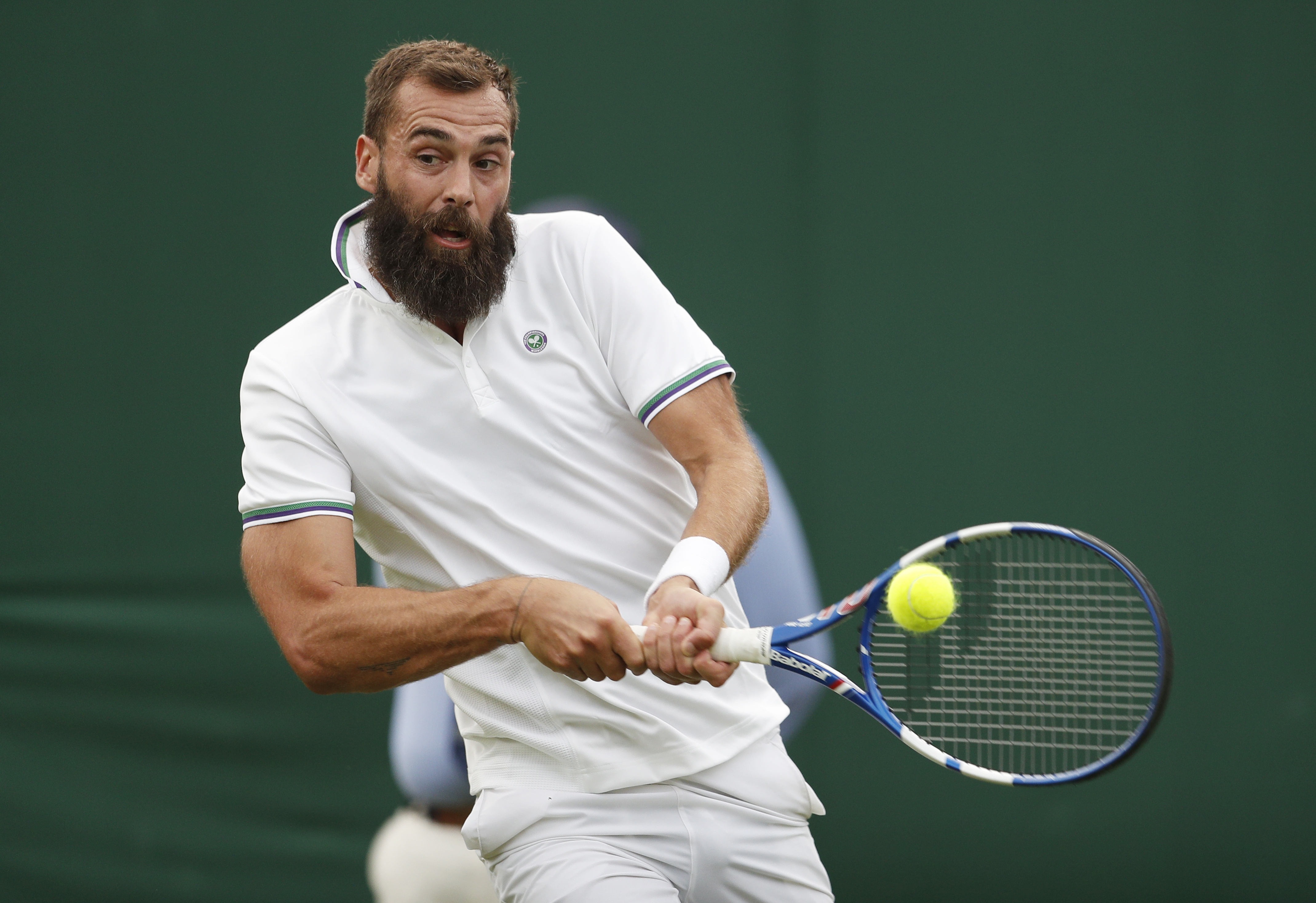 Paire passively hit a meek forehand into the net to go 30-0 down in what was clearly going to be the final game of his first-round match at Wimbledon.

After umpire Mohamed Lahyani urged him to 'try his best', Paire sulked and stomped off to his chair.

The France ace demanded the physio in a clear protest as he slumped in his chair.

Lahyani denied the request, saying: "I'm not going to call the physio.

"You have to show more sportsmanship. You have to try to do your best."

As Paire continued to argue with Lahyani, a fan barked, 'you're wasting everybody's time', with the Frenchman hit by a volley of boos.

Paire was swiftly hit with a court violation for poor sportsmanship, before crumbling to a 6-3 6-4 6-0 defeat, with No9 seed Schwartzmann taking on Brit Liam Broady in round two.

After the match, petulant Paire said: "I do not care about the people. I play for me and that is it."

Meanwhile, another player prone to on-court sulks – Nick Kyrgios – became the latest star to suffer a nasty fall on the slick Wimbledon courts on Wednesday.

In the 13th game of the deciding set against Ugo Humbert, a quick change of direction caused Kyrgios to end up doing the splits.

Serena Williams and Adrian Mannarino have already picked up injuries this week after slipping on the SW19 courts.

But Kyrgios was able to carry on after gingerly picking himself up off the turf and won the final set 9-7 in his first match for five months – and first outside Australia since January 2020.