The Warriors winger was rushed to hospital while using an oxygen mask after his left foot ended up pointing the wrong way after an innocent challenge on 20 minutes. 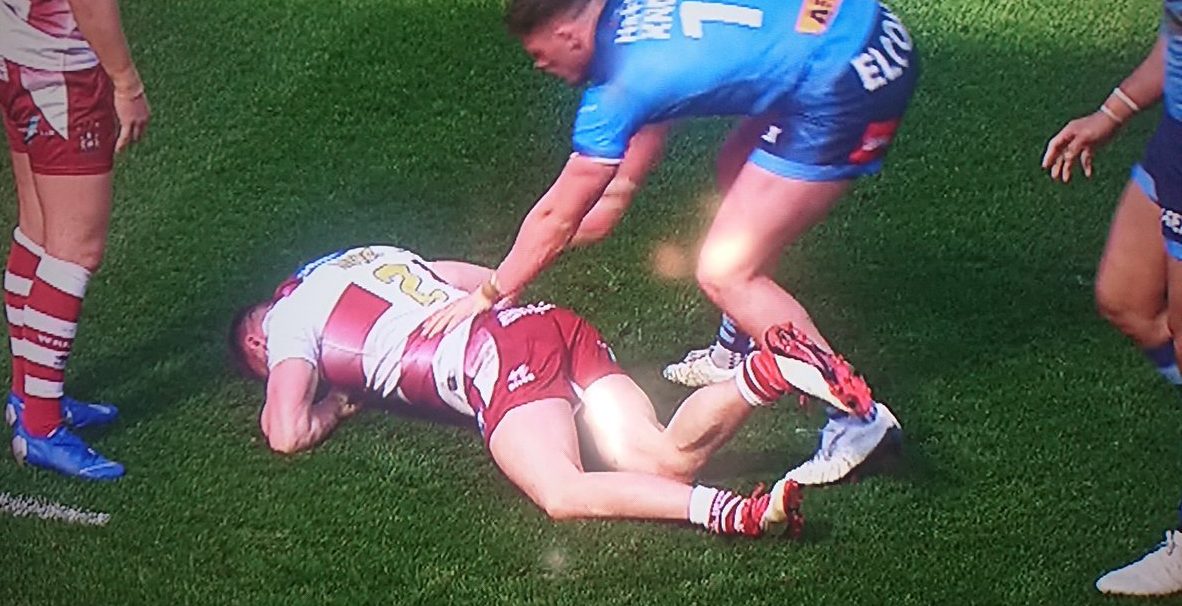 Davies’ team-mates recoiled in horror at seeing the damage and boss Adrian Lam, who also saw Jake Shorrocks stretchered off and having scans on his neck, admitted: “We think it’s a break and a dislocation.

"His ankle was completely out of its socket.

“Tom got on the ‘happy gas’ and went to hospital pretty much straight away.

No doubt he’ll have an operation and if it’s a dislocation only, he’ll be out for eight weeks, if it’s more it’ll be 12.”

Defending champions Wigan needed to perform on the occasion that lent its name to the term ‘derby’ because of the sides’ proximity to the Earl of Derby’s land as their season has been a write-off.

As well as on-field woes there is the mess over Shaun Edwards, who is now not becoming Warriors coach in 2020, with about 1,000 Saints fans in a record Super League aggregate for a single round of 79,173, wearing masks of his face! 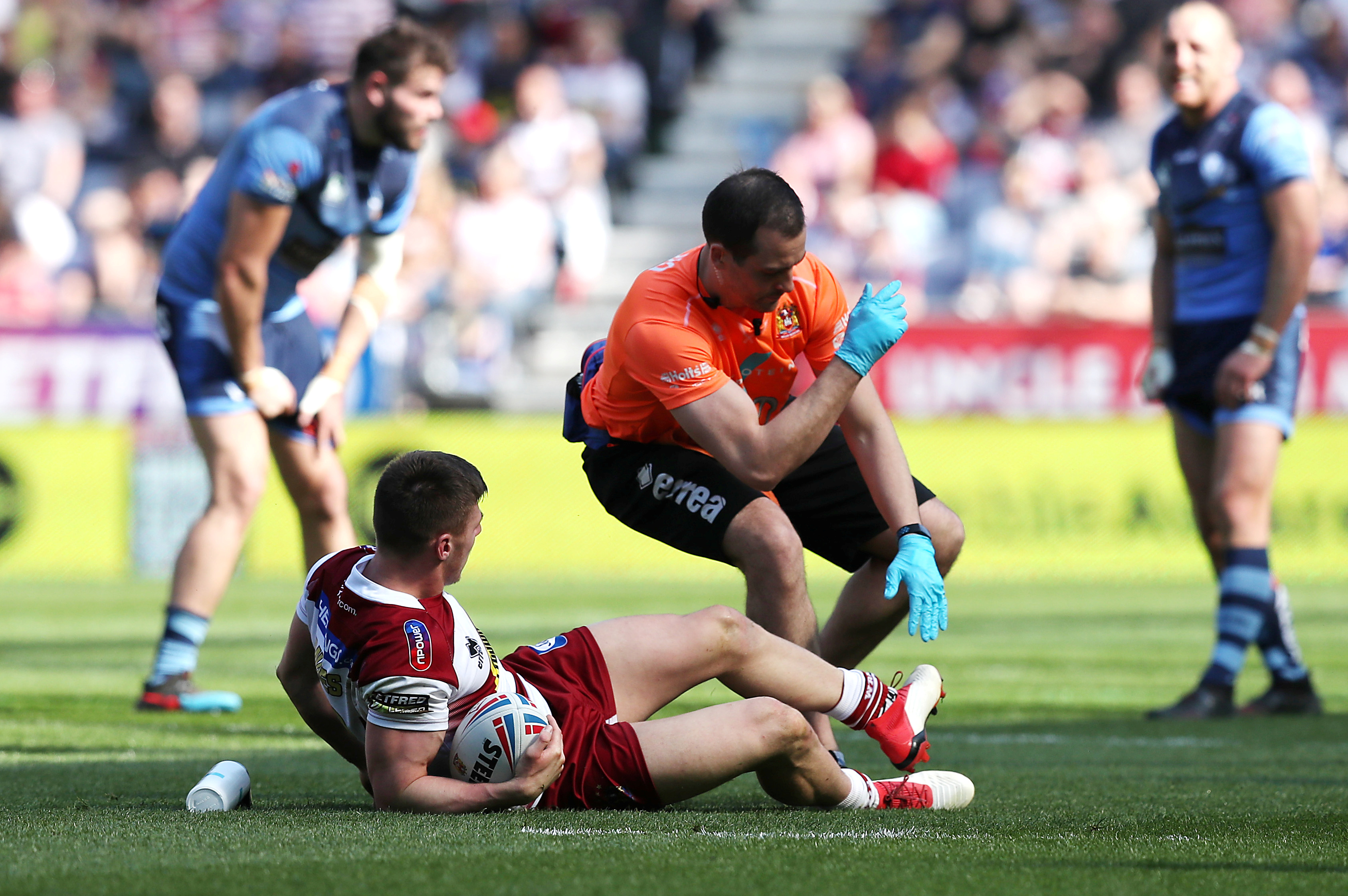 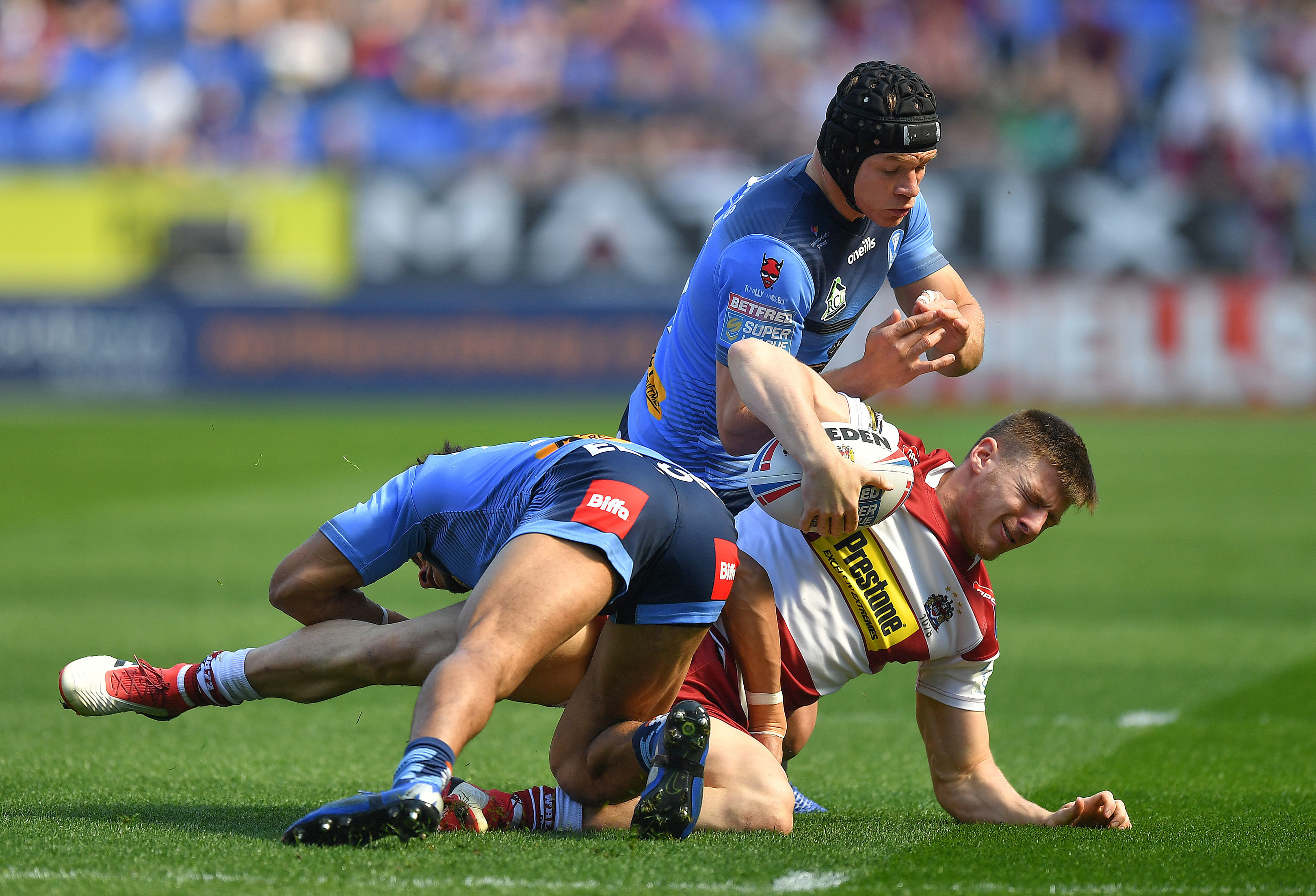 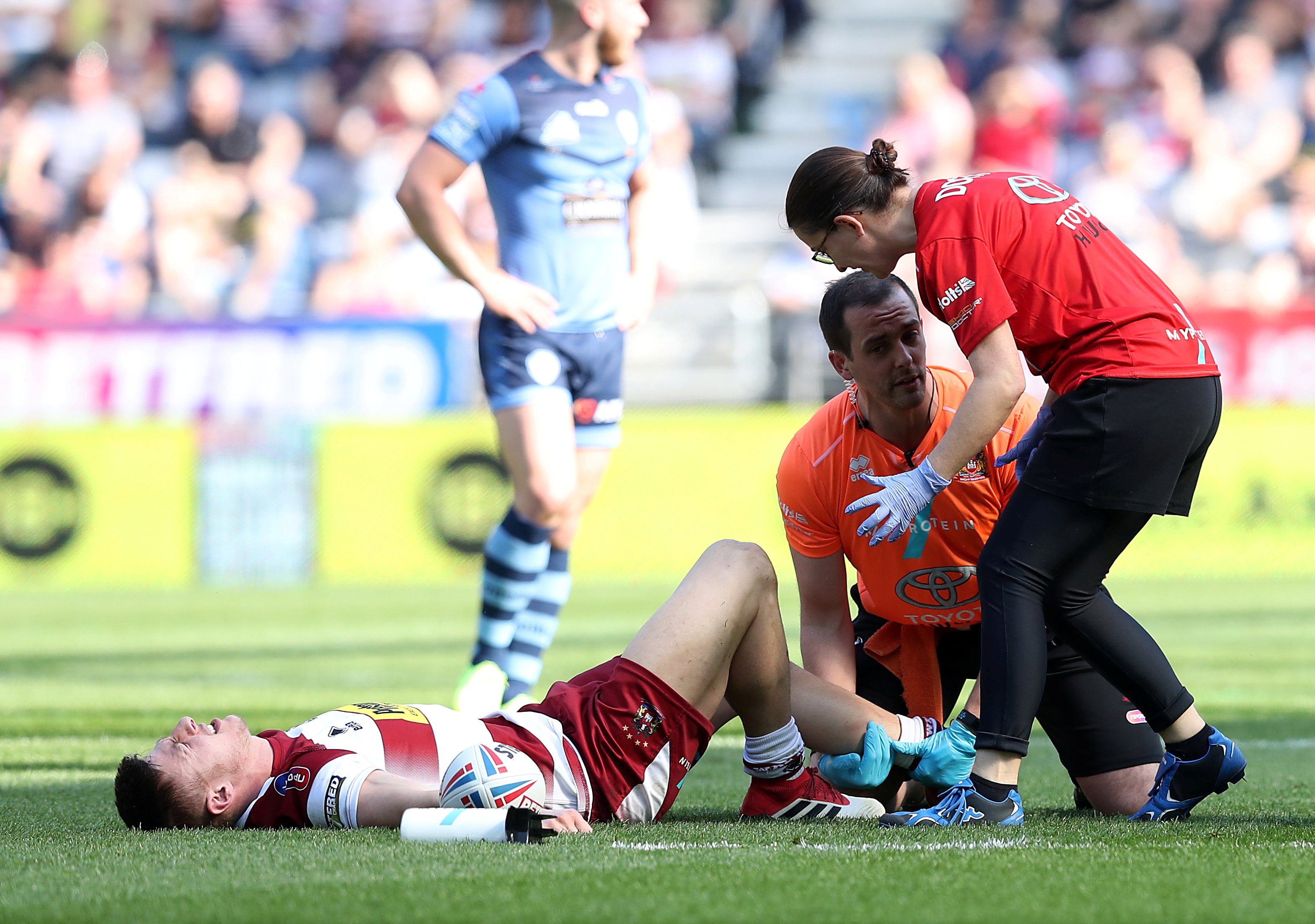 Warriors owner Ian Lenagan admitted the club must bounce back, saying: “Like most Wiganers, I wanted Shaun to lead the team. Now is the time for fans and the club to come together.”

However, class told on the field after Davies’ injury with Welsh wonder Grace touching down twice, the second after Joe Burgess brilliantly denied Lachlan Coote.

James Roby opened the scoring for Saints, who won at Wigan on Good Friday for the first time in 10 years but lost England ace Mark Percival to a hamstring pull and Louie McCarthy-Scarsbrook to a knee injury.

George Williams gave his side hope after Zak Hardaker’s reply but Tommy Makinson went over before Grace went 50 metres for his third as Saints fans chanted, ‘Going down.’

Coote eventually grabbed a try to add to six goals to leave boss Justin Holbrook, whose side is now four points clear, purring.

He said: “To play so well after a big game against Warrington is really pleasing and Regan’s playing really well.

"He’s exciting and is capable of making the step up to the Great Britain squad.”

It was already an emotional occasion as Eddie Hemmings made his final commentary for Sky Sports after 30 years as the voice of rugby league and rounded off with: “Saints have entertained me for 30 years.” 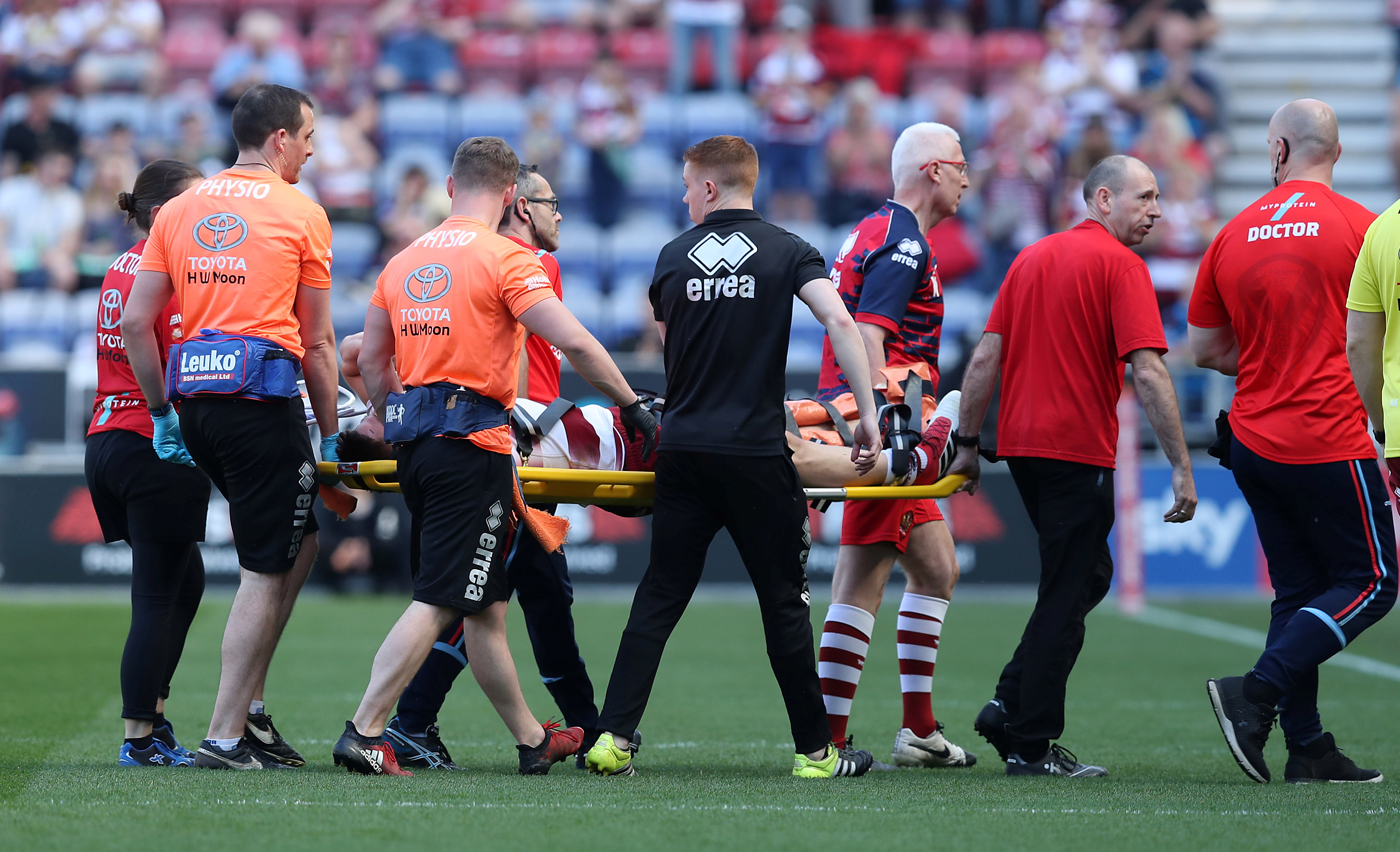