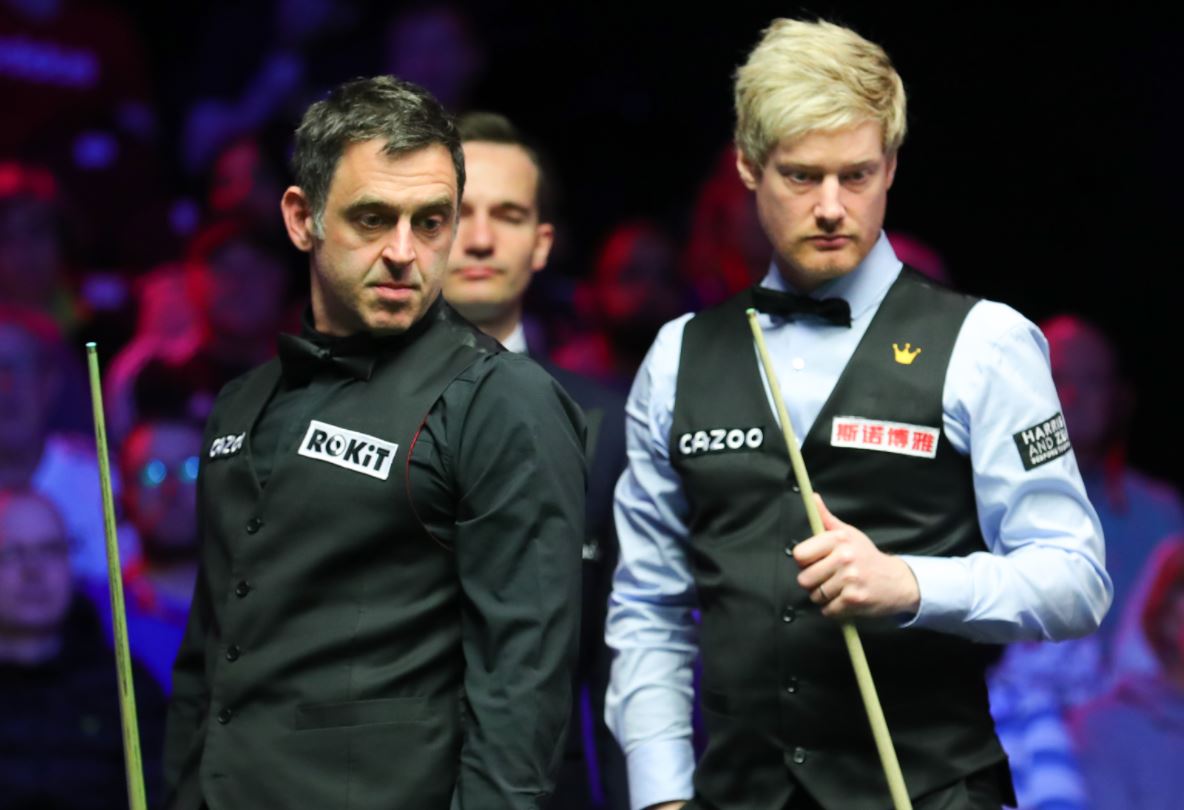 Ronnie O’Sullivan described Neil Robertson as the ‘complete player’ after the Australian booked his spot in the Tour Championship final with a stunning performance.

The two players could hardly be separated on the table with their epic battle coming down to a final-frame decider which Robertson won to record a 10-9 victory.

Robertson said: ‘Full compliments to Ronnie with what he said to me at the end of the match, that was a fantastic amount of respect he has for me.

‘He even said himself that he played well and just my ball-striking was unbelievable so I’m really happy for those kind words from him.

‘Nobody else can make the breaks the way he’s making them today. I thought he was a little bit unlucky really.’

Defending champion Robertson will face either Luca Brecel or John Higgins in the final and O’Sullivan believes he’s the favourite, describing him as the ‘best player in the world.’

‘He’s got unbelievable technique, so gifted the way he just hits the ball, he can create angles, different lines, he’s got loads of options when playing the shot, the complete player really,’ O’Sullivan said.

‘For me he’s the best player in the world. If he played more tournaments, he’d probably be number one.

‘He’s a phenomenal player in his prime probably playing the best snooker he’s ever played.’