Time is short for the Western Melbourne Group to hit the ground running if they are to make an impact in their inaugural A-League season, which will kick off in October.

Building their new stadium at Tarneit – a key factor which led to their success in the bidding process for the Victorian license – will take several seasons.

But building for success on the pitch will have to be accomplished more quickly.

In a bid to emphasise its commitment to the grass roots and the Victorian game the new club has signed the first member of its coaching staff – experienced and successful National Premier League Victoria coach John Anastasiadis. 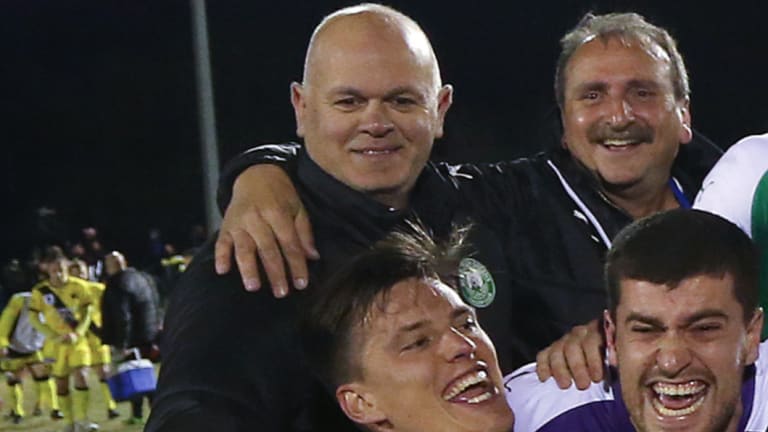 "Johnny A", as Anastasiadis is known throughout the game, is no stranger to success: as a player he was part of the South Melbourne side that was top of the tree in the NSL as well as playing for a decade in the Greek first division with PAOK Salonika.

As a coach he has also made a huge impact at NPL level with Bentleigh Greens, winning the NPL championship and making them competitive on the national stage.

Under Anastasiadis' tutelage the Victorian part-timers have twice reached the semi-finals of the FFA Cup.

Anastasiadis is a canny appointment given his deep knowledge of the local landscape: few A-League coaches will have a better idea of the diamonds in the rough who might be able to compete at A-League level than he, having spent 14 seasons coaching in Victoria's top tier.

Anastasiadis said he was delighted to sign after the "hard yards in the NPL".

"I'm now grateful to Western Melbourne Group that I now have an opportunity to further my career at such an ambitious club," he said.

"I'm Victorian through and through, always give 100 per cent and I desperately want to help make this club a success for the community of the west."

Western Melbourne saw off bids from South Melbourne and the Dandenong-based Team 11 to secure the license last December, but much of their operation is shrouded in mystery, with club officials so far not disclosing who is financing the business although they are in partnership with Wyndham Council.

However they have committed to building a new stadium at Tarneit as part of an ambitious retail and commercial development to help invigorate the Werribee area.