BERNARDO SILVA has warned Manchester United that City are capable of scoring "four or five" in any match they play.

And that will haunt Ole Gunnar Solskjaer’s side who are still hurting from the 5-0 drubbing by deadly rivals Liverpool just 13 days ago. 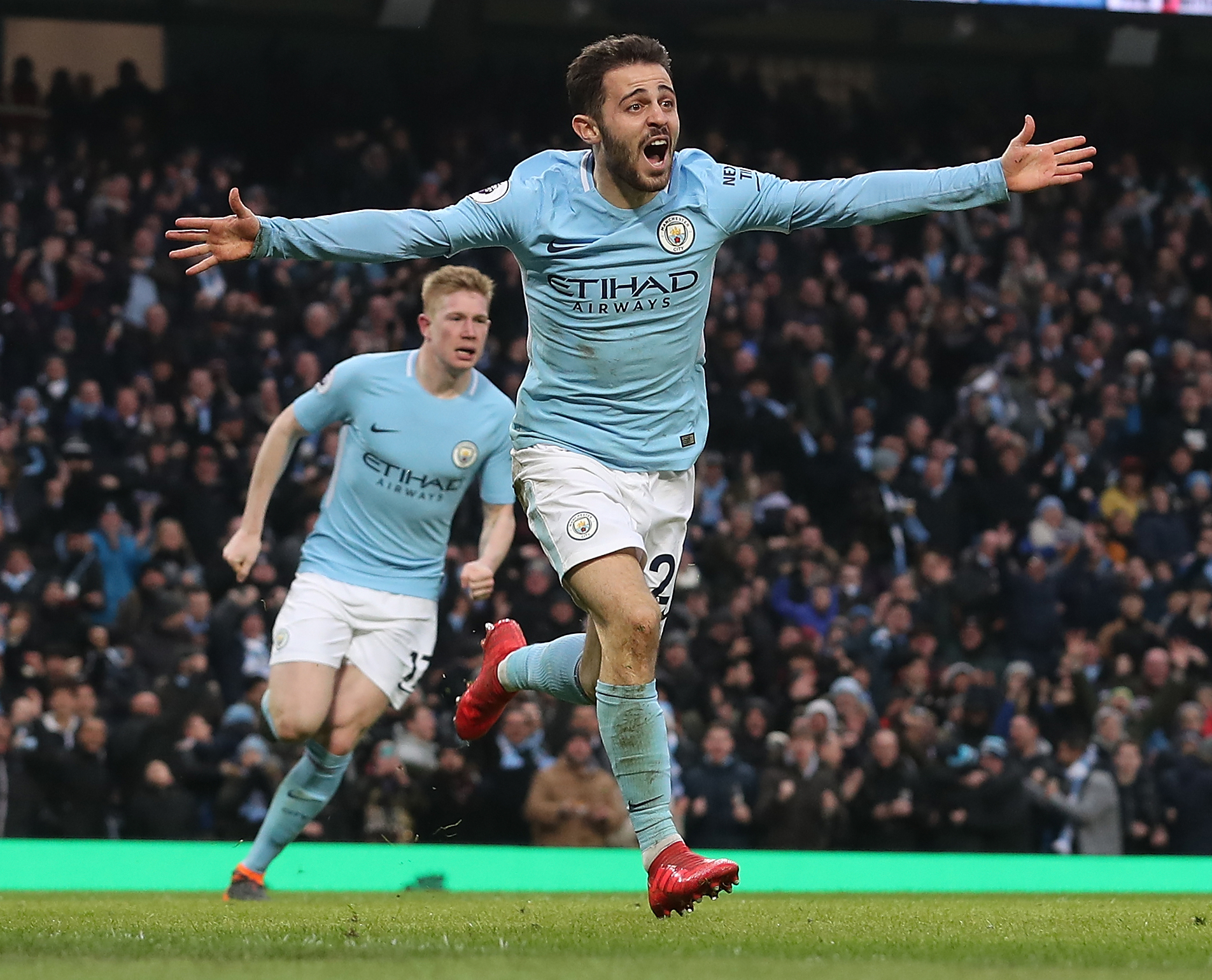 But City midfield star Silva has urged Pep Guardiola’s champions to go for the jugular in today’s Manchester derby at Old Trafford.

The Portuguese said: “We know that when we are focused and do well, we are a team that has the capacity to score four or five goals per game.

“Of course, that doesn’t happen in all the games. But we are going to try to score as many goals as we can in Old Trafford – even though we know we are playing a very good team.”

City have won only two of the last seven meetings with the Red Devils – and both of those came in the Carabao Cup. They feel it is about time they tasted success in a league derby again.

Bernardo added: “It feels great to win a derby. It’s the same everywhere. I’m from Portugal, I was brought up at Benfica. If you beat Sporting Lisbon, it’s the best game of the season.

“For us, when we play against Manchester United or Liverpool, beating them has a special taste.

“For them as well, I imagine. It’s an important game for us, for the fans, so we are going to try our best to win that game.”

One major obstacle for City could prove to be Silva’s international team-mate Cristiano Ronaldo, who has been a revelation since returning to United from Juventus in August, after briefly flirting with a move to the blue half of town.

And Silva admits the only way to stop him is to make sure he does not get the ball.

The playmaker said: “I think Cristiano is doing well. He is helping United with late winners this season.

“He is a player people know, he can decide the game.

“We’re going to try and stop him and make sure he doesn’t score.”