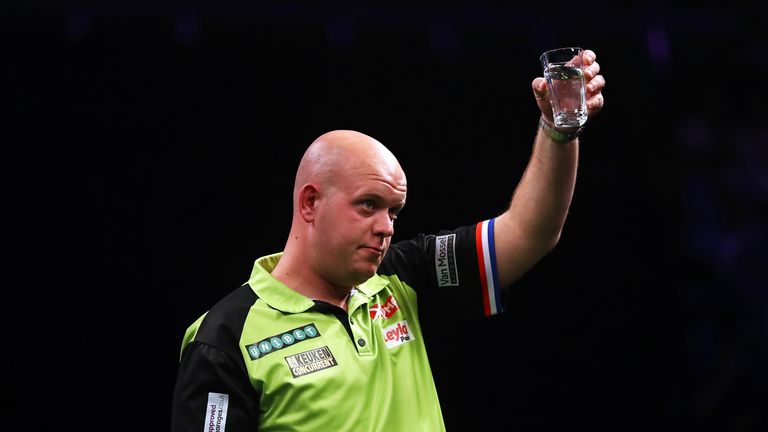 Wayne Mardle says Michael van Gerwen handled his unsavoury pre-match soaking to keep his composure in superb style and believes he has moved on from the incident.

Van Gerwen started his quest for a third World Darts Championship title with a 3-1 victory over Alan Tabern.

The Dutchman’s walk-on was delayed as he was forced backstage to change his shirt after a spectator – who is now banned from darts events for life – showered him in beer on the third night at Alexandra Palace.

Thanks for all nice messages about yesterday.
I'm glad I could put the incident to the back of my mind and play a good game. Thanks to 99.9% of fans for being fantastic – I'm sure one person is feeling bad this morning.
All about the darts from now – enjoy! pic.twitter.com/jZmGXyc38q

Van Gerwen appeared visibly upset when he eventually made it to the oche some minutes later, but he did not let the unsavoury incident affect his performance by moving two sets ahead.

Tabern refused to buckle, pulling a set back and taking the fourth to a deciding leg, yet Van Gerwen finally got the job done with an 11-darter. 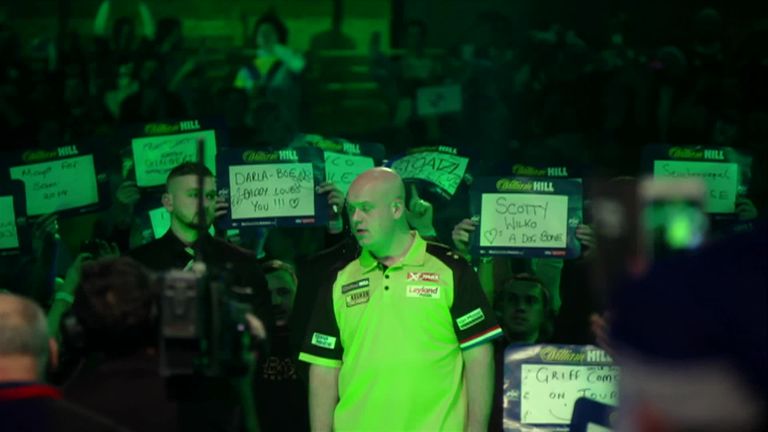 “He’s a superstar on and off the oche. We kind of said it in commentary that he wasn’t going to make any excuses and win or lose, it’s got nothing to do with it,” Mardle told Sky Sports host Dave Clark.

“Ninety-nine per cent of the people here have come to watch world-class darts and they’ve also come to have a bit of fun as well because the darts is what they enjoy, but I’m afraid every now and again in this kind of environment something untoward happens. It’s hard to plan for every eventuality.

“The pictures were not nice to see and there was pure disgust at the incident from the crowd, but you can see at the end of that interview with Rod Studd that he has moved on, he’s moved on.

“I’m not going to say that I’m glad he won because that’s unfair on Alan Tabern, but I’m glad that he performed to his level – 102 is Michael van Gerwen’s level day in, day out – so nothing actually changed.” 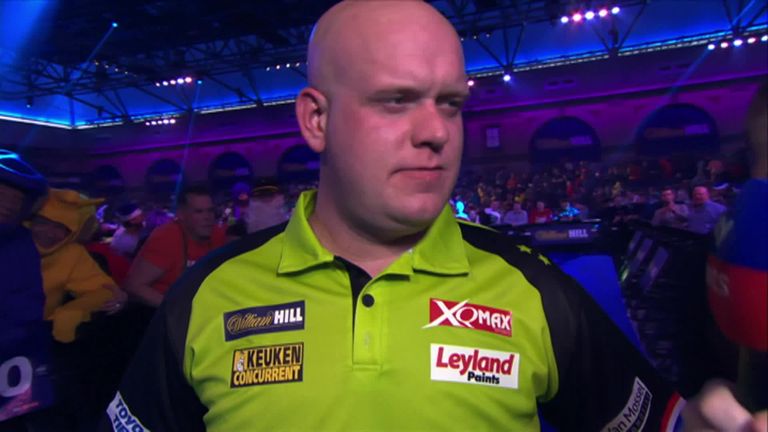 Mardle recalled the early days of the Premier League when there were many unpleasant incidents, but players still had to perform and do a job. When something like that happens, the players have the same thoughts for each other and that is ‘just give the guy a bit of time’ and Alan Tabern did that so we should take our hats off to him.

“We would have sticky substances thrown over us, which is even worse because you really do need to wash everything off and this used to happen on a weekly basis,” said ‘Hawaii 501’.

“We just used to get on with it and we never felt settled at all, but Michael had the thought process of ‘right, I’m not happy so I’m going to put it right. I want to be up there ready to play in a World Championship match’ and credit to him but also credit Alan Tabern because somebody who might not have understood the situation might have got impatient up there thinking ‘why is he getting preferential treatment?’

“Alan Tabern has been around long enough to know that’s not a nice situation, so give credit to him for that because he stood up there like a model pro.

“When something like that happens, the players have the same thoughts for each other and that is ‘just give the guy a bit of time’. Alan Tabern did that so we should take our hats off to him.” Van Gerwen, watched by Tottenham and England footballers Danny Rose and Kieran Trippier, will play Max Hopp next up.

You can follow every dart from every session of the World Darts Championships on Sky Sports Darts, check out the full schedule here. You can also stay up to date with all the action behind the scenes by following us @SkySportsDarts and get all the latest news, previews and interviews by heading to www.skysports.com/darts