His horrendous open-goal blunder was branded the miss of the summer by fans on Twitter. 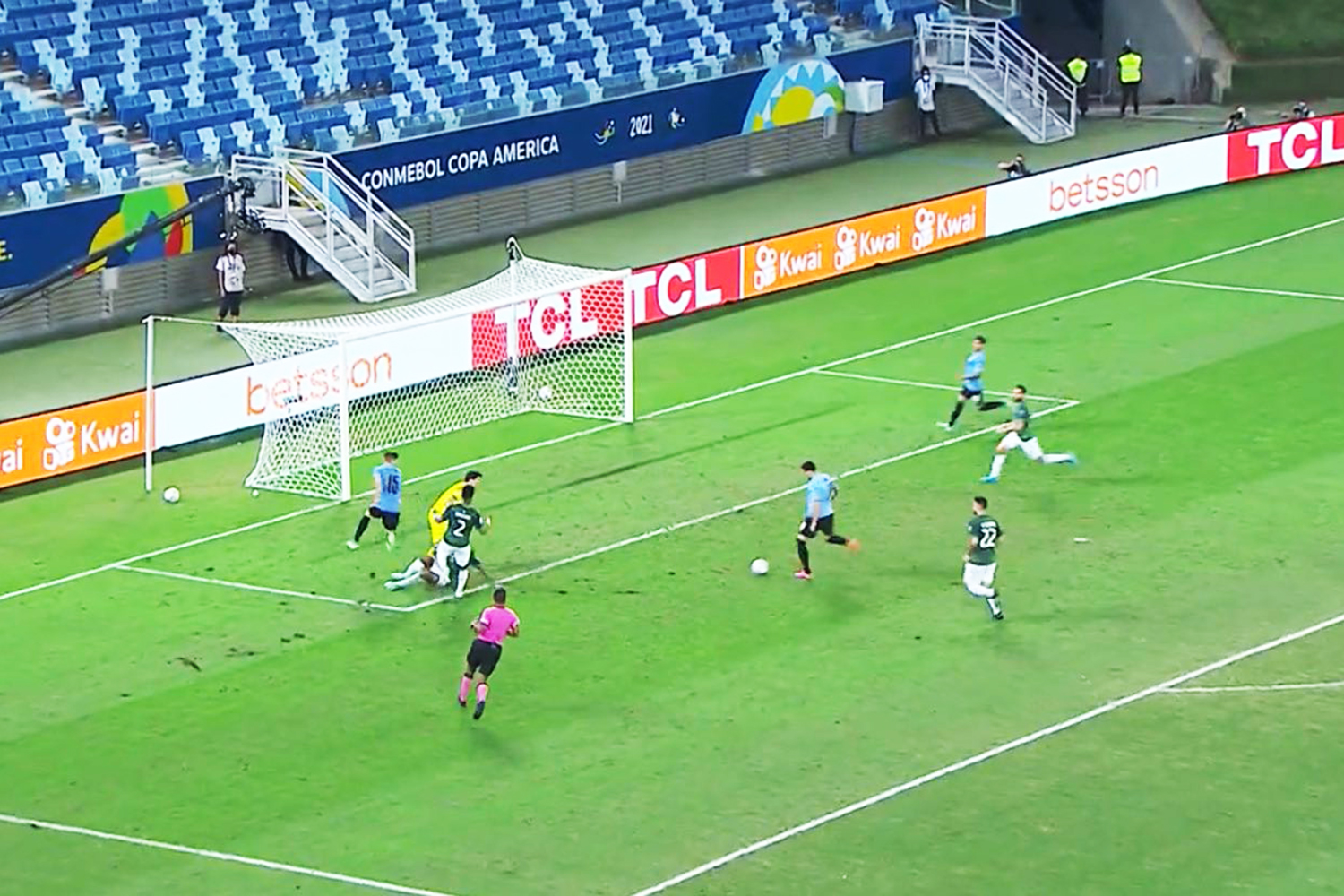 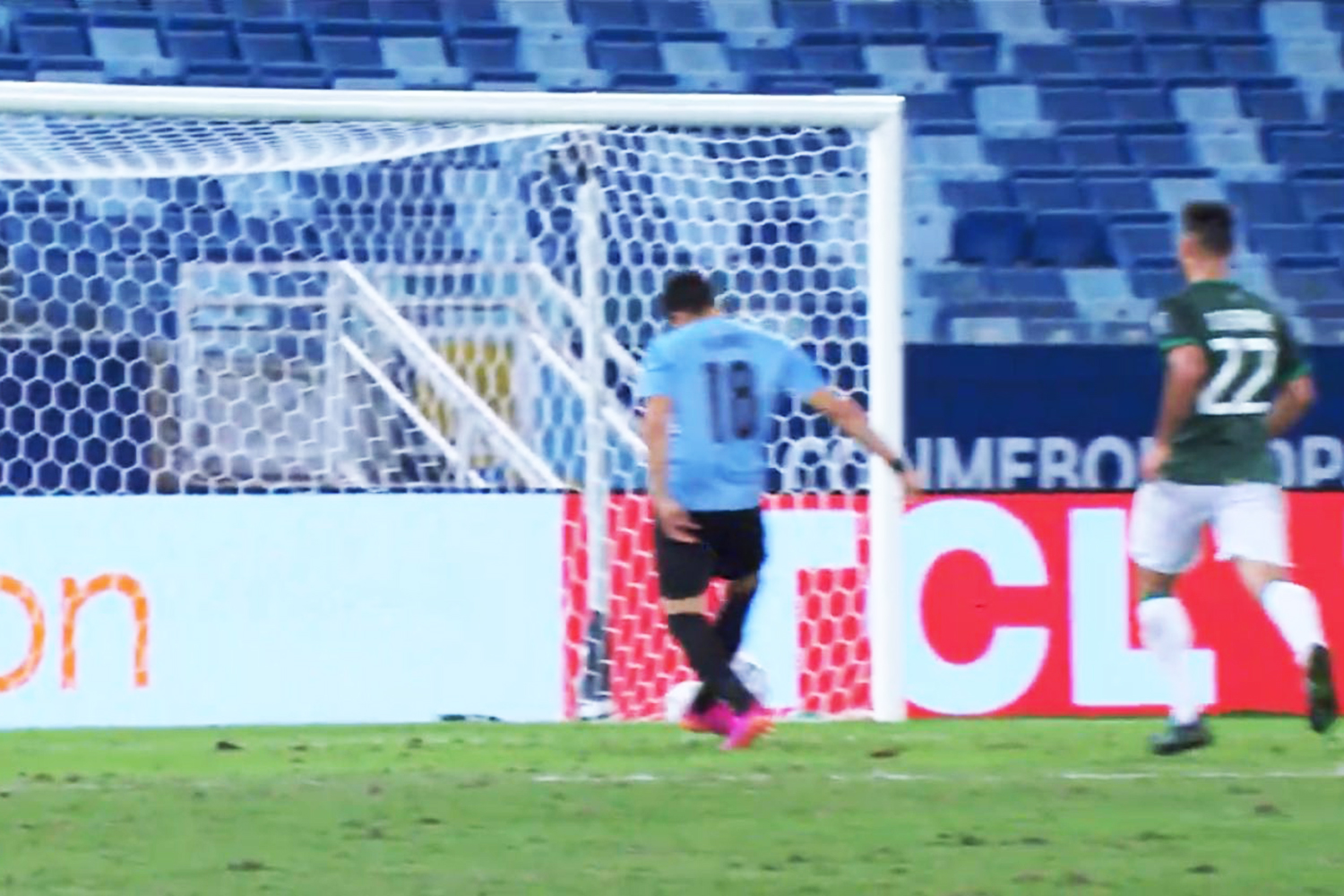 And another, seemingly lost for words, simpy wrote: "Speechless."

The 24-year-old fluffed the perfect opportunity to give his country a three-nil win on the evening.

After they done all the hard graft, all Gomez had to do was to slot the ball into the open net.

But some-how the Valencia front-man managed to slice the ball wide.

All Gomez could do is laugh in disbelief at his error while Uruguay boss Óscar Tabárez put his head in his hands.

Luckily for the ex-Celta Vigo attacker, Uruguay had already secured their victory with an own goal from Jairo Quinterous in the first half, before Cavani sealed the win in the 79th minute.

But Gomez' miss could come back to haunt him if Uruguay's progression from the group stages comes down to goal difference.

They languish in fourth place in the group, three points behind leaders Argentina and a point behind Chile with only one game left.

The Uruguayans scraped a point against Chile in their previous game which saw Gomez' team-mate Luis Suarez steal the headlines.

As the game drew to a close, fans noticed the Atletico Madrid ace getting up to his old tricks.

Needing to adjust one of his boots as the ball went out of play, Suarez took off his left shoe and attempted to wriggle it back in.

But before the ex-Liverpool man, known for his theatrics could finish, Chile stopper Claudio Bravo had the ball in his hands ready to take the goal kick.

Undeterred, Suarez spun around, hopped in-front of Bravo and carried on squirming into his boots to slow down the keeper's free-kick attempt, much to the amusement of supporters.

One viewer tweeted: "At least he’s been consistent through this career. Ain’t mad at it."

While another wrote: "This is absolutely glorious stuff."