RAHEEM STERLING was left staring at the ground in disbelief after missing a tap-in in Man City's shock loss to Lyon.

City were dumped out of the Champions League at the quarter-final stage for a third year running as they lost 3-1 to the French also-rans in Lisbon. 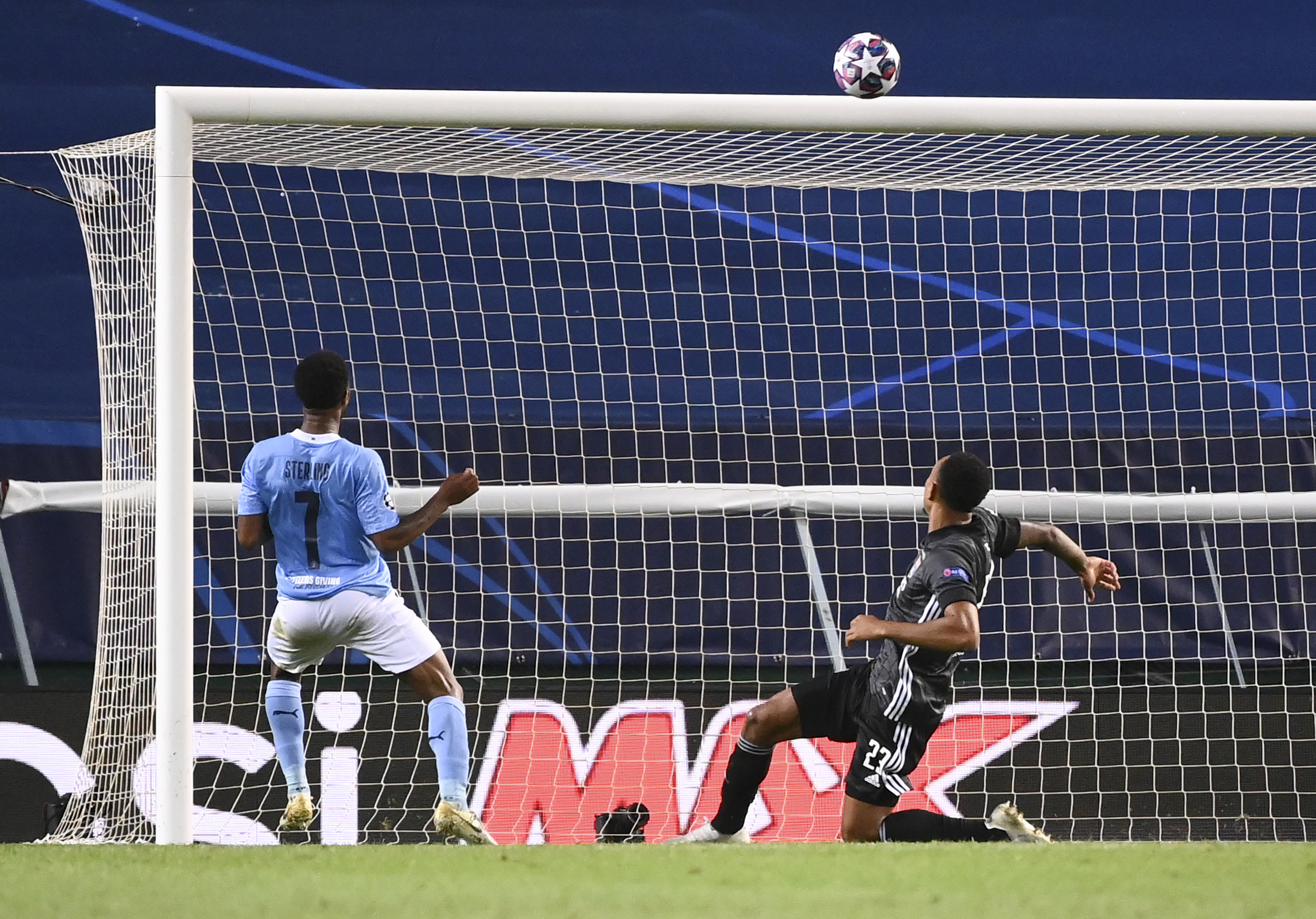 But they had a golden chance to bring the game level at 2-2… just seconds before Lyon, who finished seventh in Ligue 1 this season, got their clincher.

But, after the slightest of bobbles, the England man ballooned what should have been a tap-in over the bar, leaving boss Pep Guardiola, and viewers worldwide, bewildered.

Devastated Sterling, 25, was seen slumped over the ball as Lyon prepared to take the restart.

When they did, two-goal hero Moussa Dembele pounced on Ederson's parry to net just 58 SECONDS later. 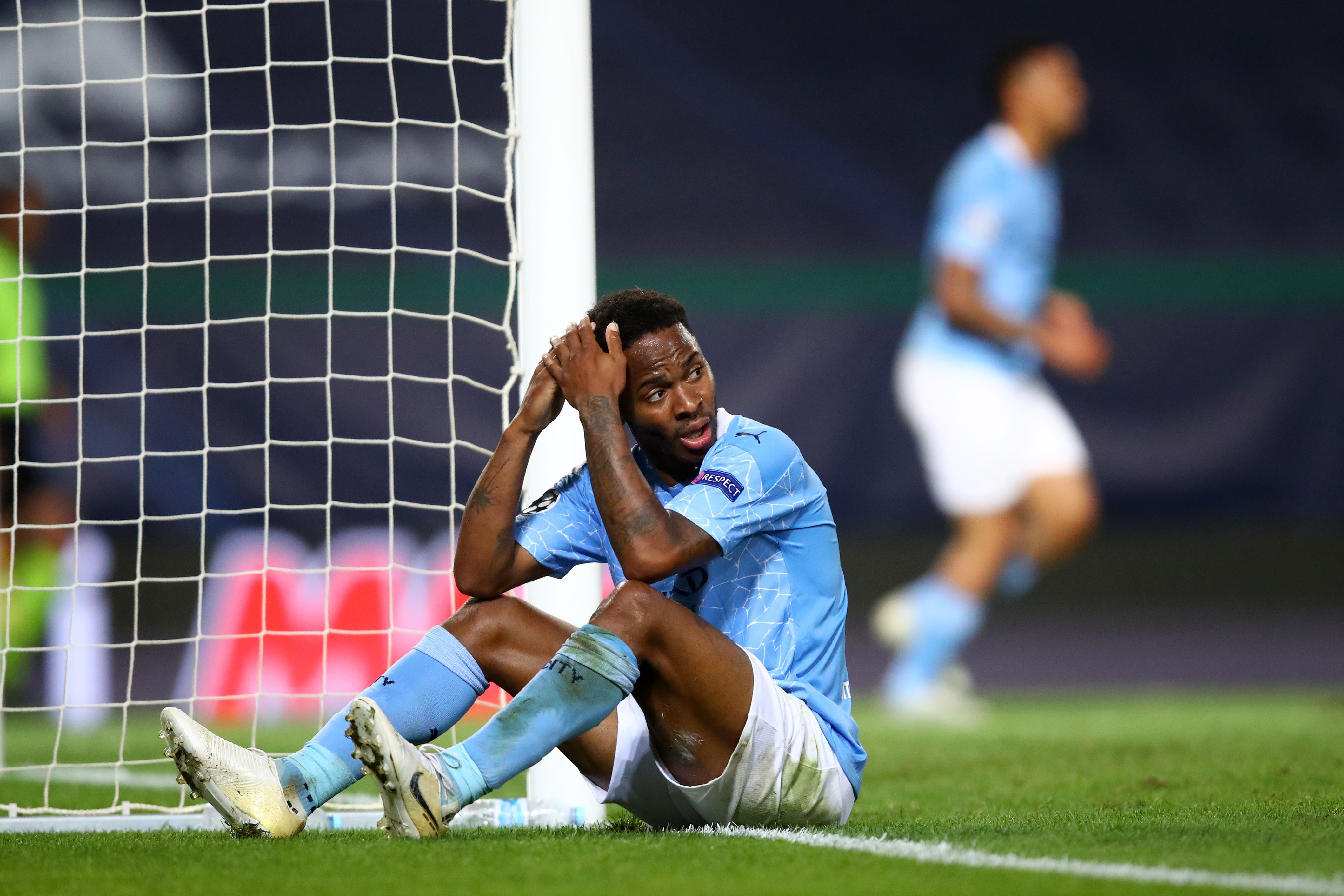 Guardiola admitted the miss was a hammer blow for City, who miss out on a semi-final clash with Bayern Munich.

He said: "In this situation you have to equalise to take it to extra time, but then we concede the third and it's over.

"One day we will break this gap to the semis. In the first 20, 25 minutes we struggled to find spaces to attack.

""The second half was OK – we were there. I had a feeling we were better. You have to be perfect in this competition.

"We did a lot of good things, but it wasn't enough. We made mistakes in the boxes in key moments. We struggled to find our spaces to attack.

"We are disappointed. We now go on holidays. Then we have to lift the players when they return to the club again." 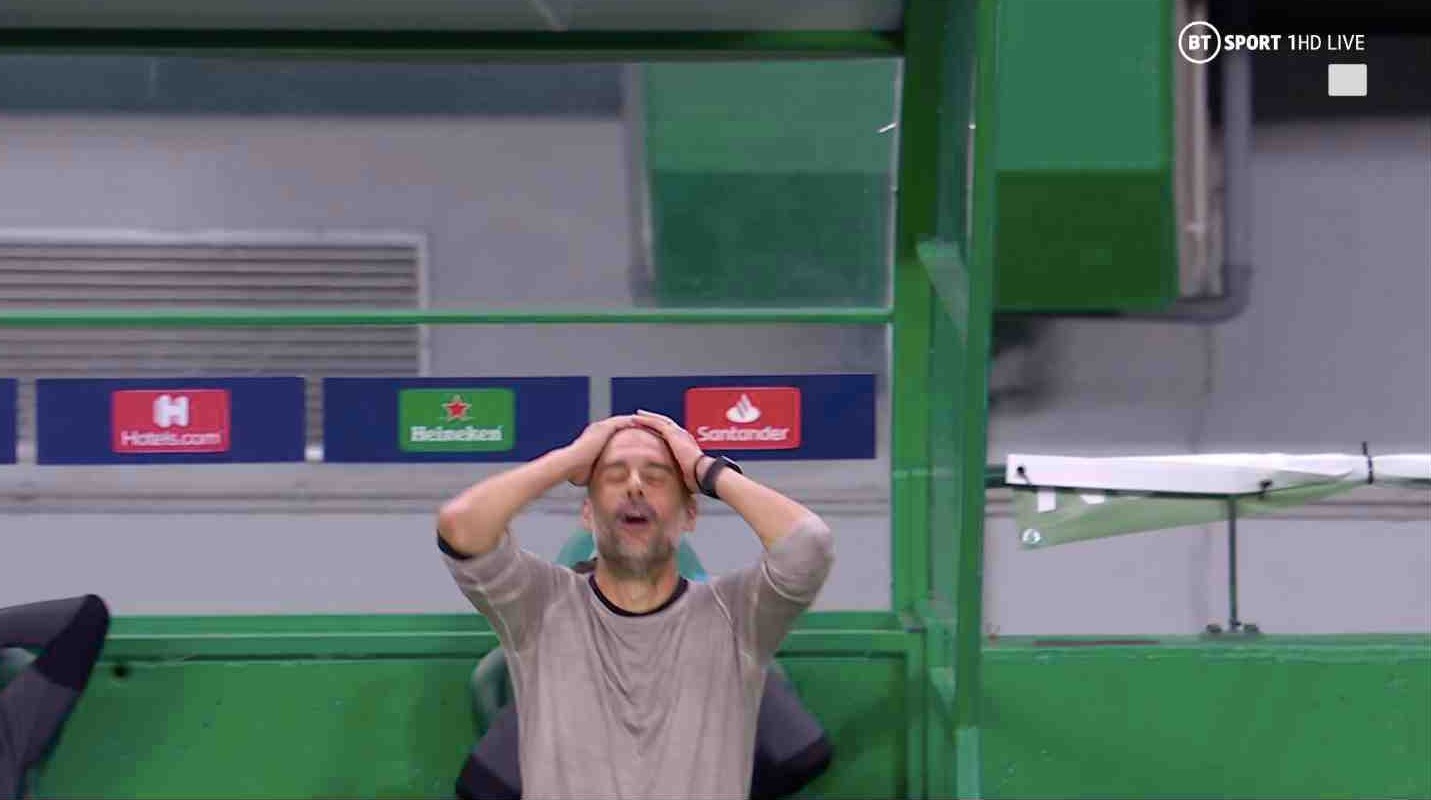 The Belgian said: "It's a different year, same stuff. First half wasn't good enough. Second half we played really well. Came back 1-1 and had couple of chances. It was then 2-1 and 3-1.

"The second half we played well had them under pressure. We were more offensive. Even at 2-1 if Ras [Raheem Sterling] scores the goal it's 2-2. They made it 3-1 and the game's over.

"Lyon didn't really create but we need to learn.

"I need to go home because my wife is expecting – I need something to focus on."

He explained: "He's tried to hit it too hard.

"When you're in that position, and you know you've got an open goal, the only way you can miss is putting your foot through it. If there is a slight bobble it can go over the bar.

"It does jump up off the ground slightly… but he's not going to sleep very well tonight."