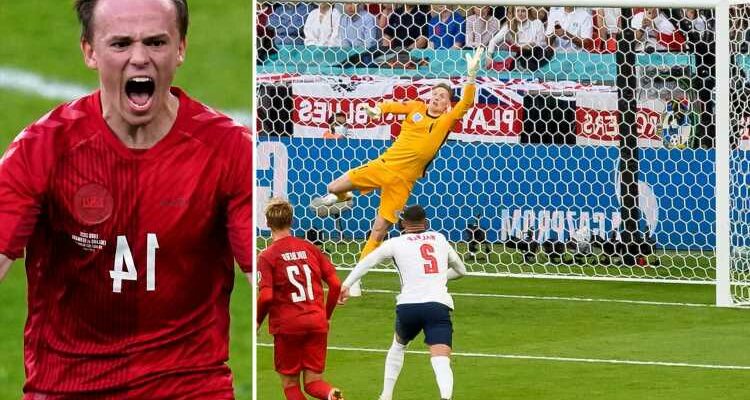 MIKKEL DAMSGAARD opened the scoring for Denmark against England with a sensational first-half free-kick. 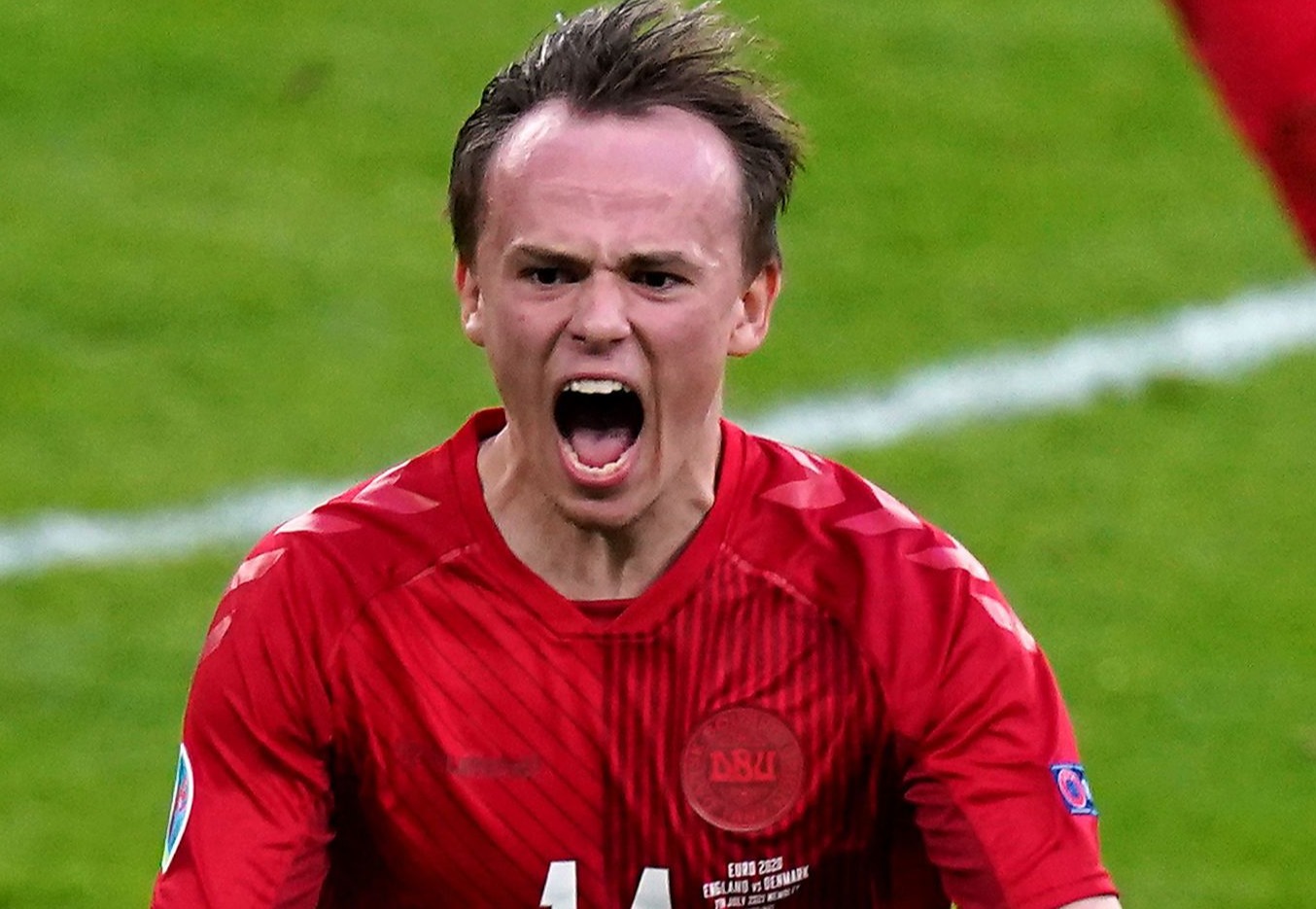 And Damsgaard continued to impress as he put his country ahead at Wembley after half an hour.

Damsgaard stood over the ball as England formed a defensive wall.

But no amount of bodies could have stopped the following strike.

Damsgaard hit a howitzer of a shot, sending the ball flying over the wall before dipping past Jordan Pickford’s outstretched arms.

The free-kick sent the Danish fans wild in the Wembley stands – and came just five minutes after Pickford had secured an England record.

And the players were equally jubilant after coming into the game as underdogs.

But Denmark’s lead last just nine minutes when captain Simon Kjaer turned the ball into his own net. 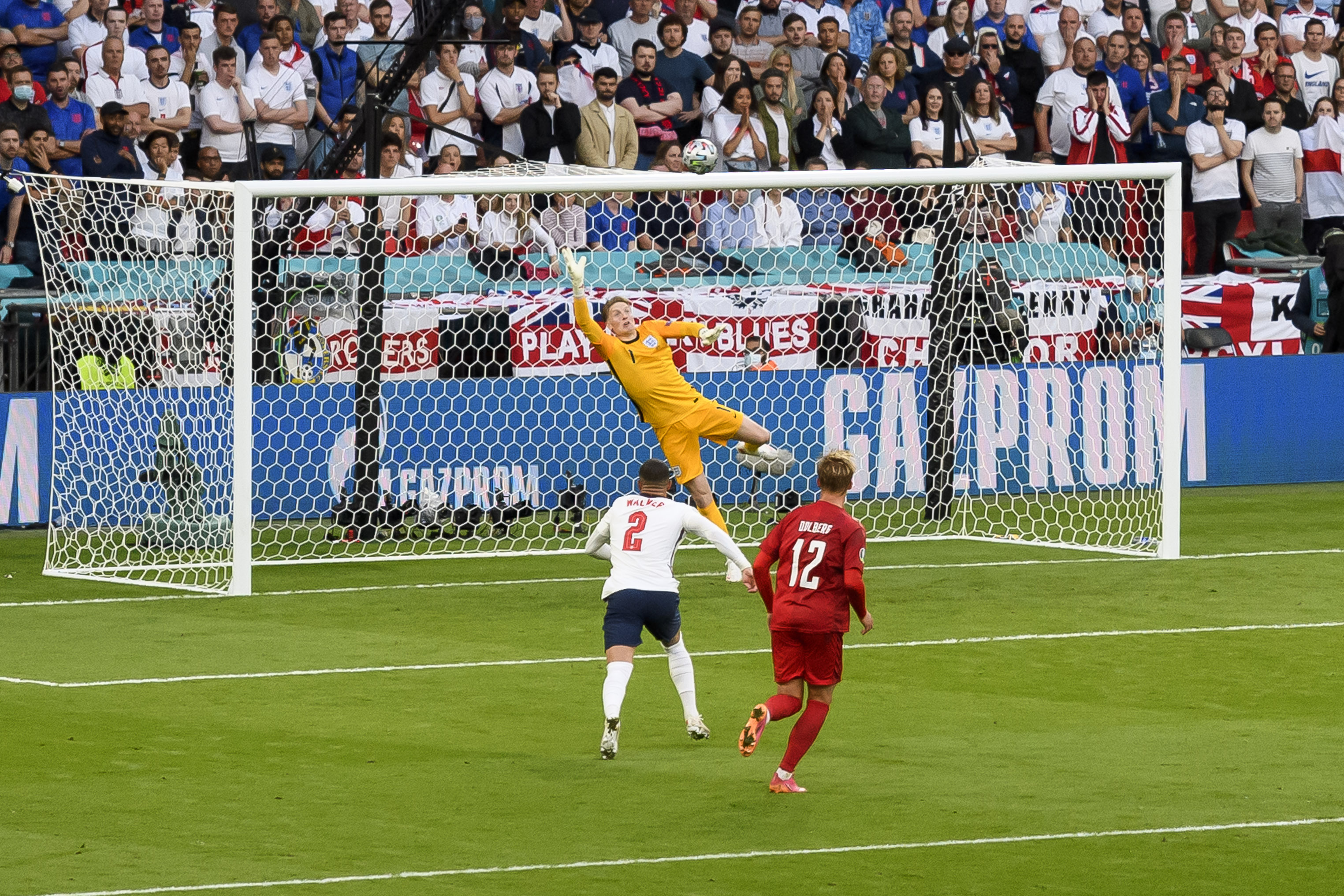 Damsgaard’s impressive tournament form is sure to attract interest this summer, with Leicester City reportedly eyeing him.

The winger only joined Sampdoria a year ago from Nordsjaelland for £6million.

But the Italians will only sell him for a huge fee, with Fabrizio Romano claiming they want £38m.

Sampdoria president Massimo Ferrero said: “I expected Damsgaard to be this good at the Euros, but he is not for sale.

“Either they bring something that makes us excited, or he won’t be sold.

“It’s no longer then same as before when one offer arrived and we would sell the player.

“Now we want to make another stand. We want to keep the footballer, we want to enjoy him.”