Stephen Kenny's side earned an impressive goalless draw with the Euro 2016 winners at the Aviva Stadium as their form continues to improve. 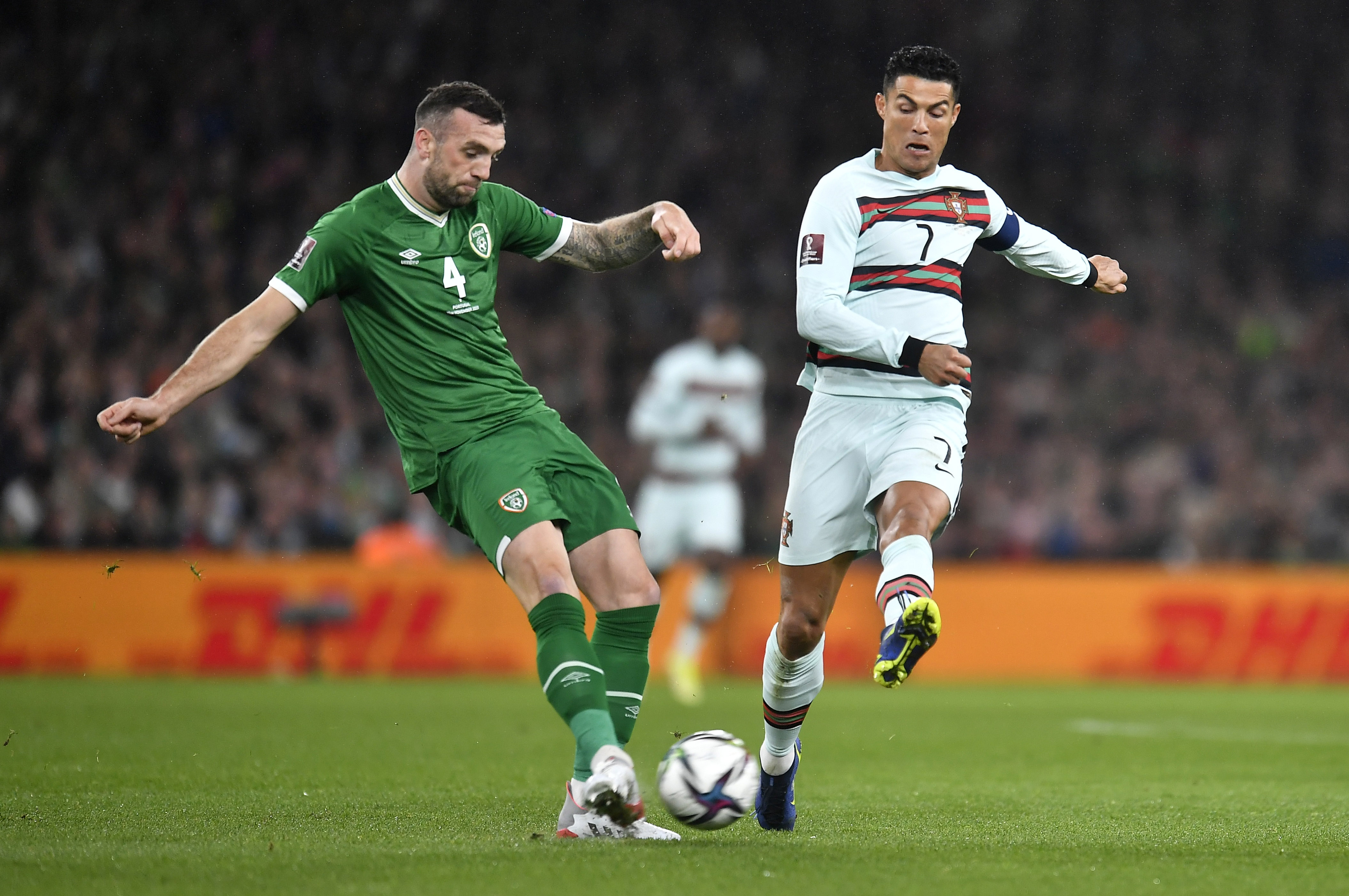 And Brighton defender Duffy provided one of the highlights of the evening with a silky piece of skill which left Ronaldo bamboozled.

The Cruyff turn displayed by the Seagulls centre-back was a demonstration of the confidence the Ireland players are beginning to feel under Kenny.

His side have already missed out on qualifying for next year's World Cup in Qatar.

But that did not stop them putting in an impressive display to leave Portugal's qualification hopes hanging in the balance.

And it could have been a whole lot worse for Ronaldo and Co had Matt Doherty's injury time goal not been ruled out.

But the referee judged Will Keane to have fouled Rui Patricio before the ball went into the back of the net so Portugal's blushes were spared.

Portuguese defender Pepe was sent off with nine minutes remaining after being shown a second yellow card for an elbow on Callum Robinson.

The result leaves Portugal and Serbia level on 17 points heading into their final qualifier against one another on Sunday.

Meanwhile, Ireland are second bottom of their group on just six points.

However, they are now unbeaten in four World Cup qualifiers in a row having won one and drawn three.

And Kenny was left frustrated by the late disallowed goal which denied them a famous victory over Portugal.

Speaking to Sky Sports, he said: "I can't see any reason why it's a foul.

"Will Keane stands his ground and the goalkeeper is actually the proactive one so it's a legitimate goal that's cancelled so we're disappointed with that."