A RUSSIAN football match erupted into a huge 40-man brawl with even the referee caught up in the fighting.

Giants Zenit St Petersburg welcomed Spartak Moscow to the Krestovsky Stadium on Sunday for what promised to be a fiery Russian Cup clash. 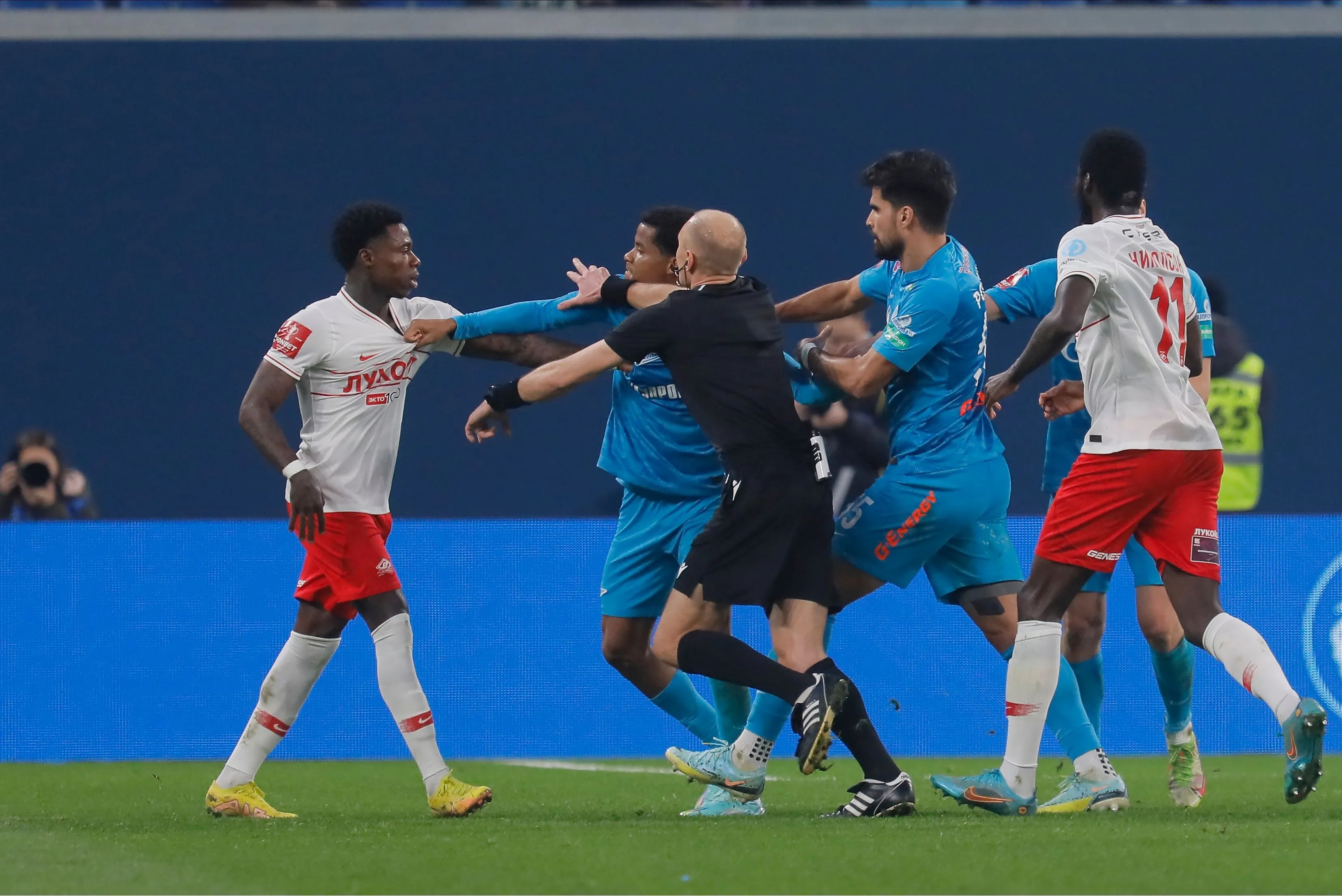 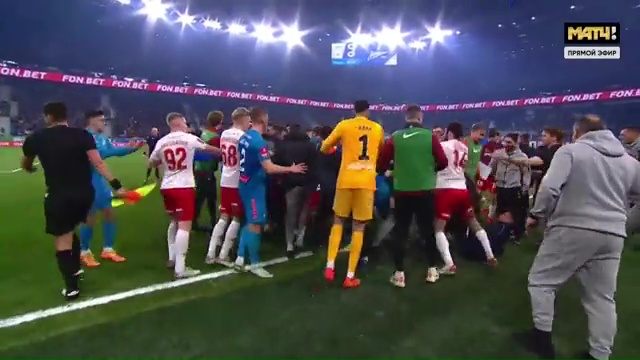 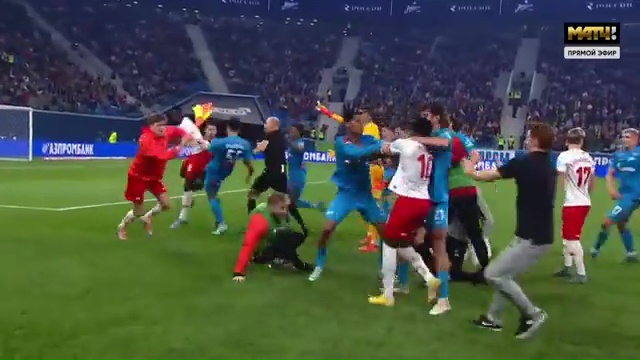 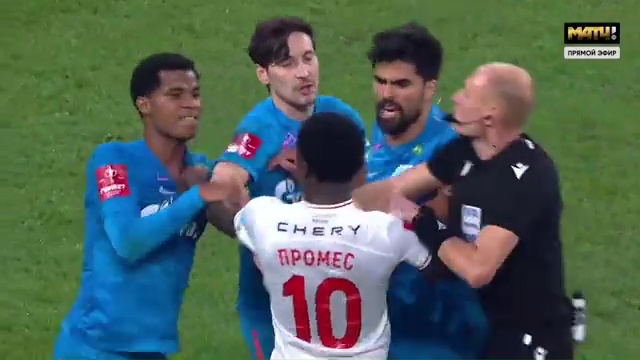 And they did not disappoint as the game descended into utter chaos in the final seconds which led to SIX red cards being dished out.

It was goalless and set for a penalty shoot-out as Spartak prepared to take a free-kick from deep in their own half.

But just before it was taken, their forward Quincy Promes and opposition marker Wilmar Barrios jostled with their shoulders and exchanged words – which was the ammunition for a mega fight.

Suddenly the teammates of both men and almost every member of backroom staff from each team piled in. 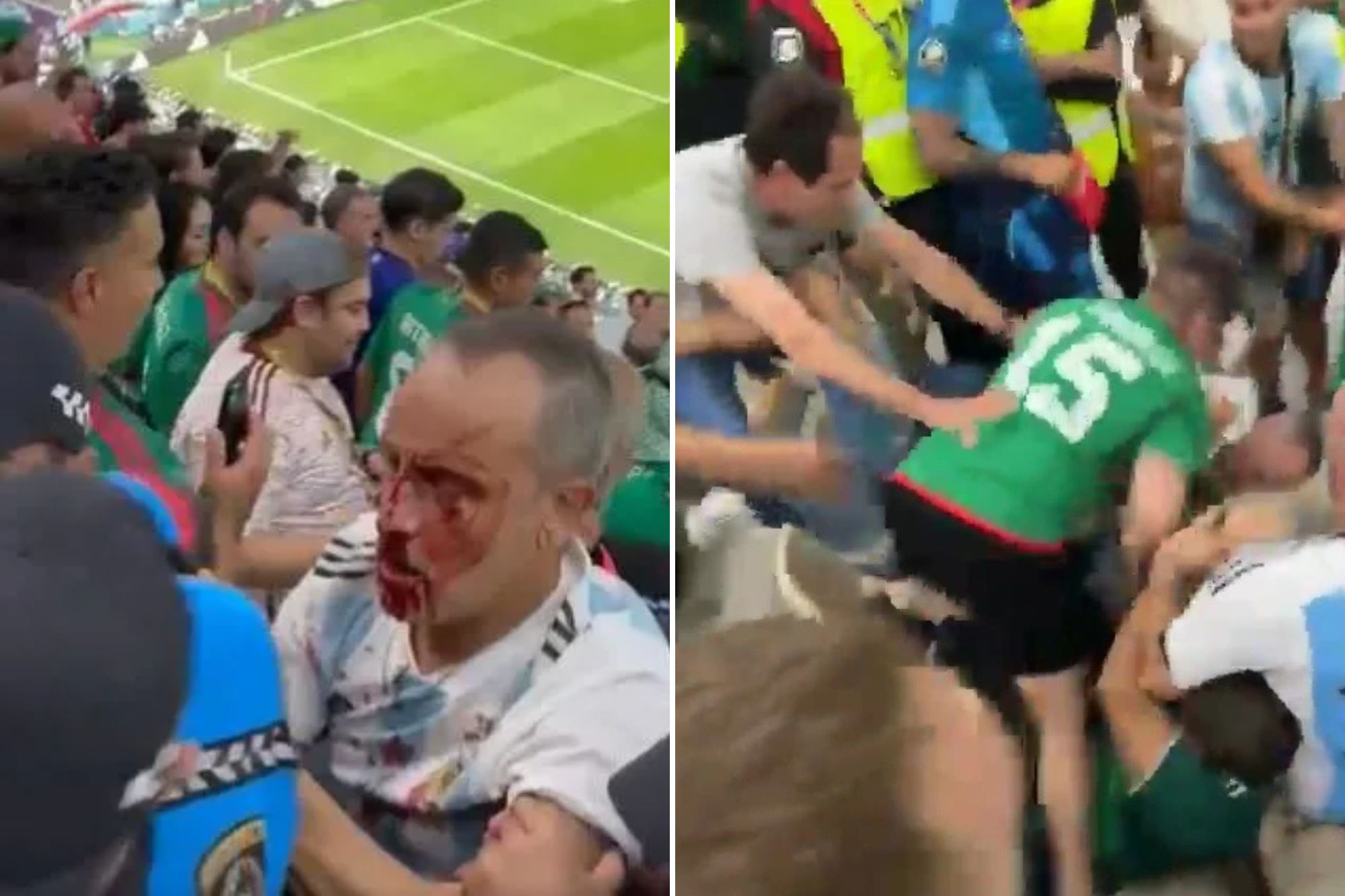 The referee instantly waded in to try and calm things down but even he found himself being pushed, pulled and shoved around as Zenit’s Rodrigao Prado ran in to start kicking the opposition right in front of him.

And, surprisingly, he even escaped without a red card, although numerous others were not as lucky.

The official, who fortunately appeared to be unscathed, then chased guilty parties around during the melee dishing out reds left, right and centre.

At least 50 people were involved in the brawl but amazingly not one of the 22 actually playing were given their marching orders.

The reds, which were three to each team, were given to individuals not involved on the pitch at the time of the explosion.

And former Barcelona star Malcom was among them.

His Zenit teammates Wílmar Barrios and Rodrigo joined him, while Aleksandr Sobolev, Shamar Nicholson and Aleksandr Selikhov were handed an early bath by the official.

Order was eventually restored after a lengthy delay as the match ended in a stalemate.

But it was Zenit who were left celebrating as they won the shoot-out 4-2 to advance.