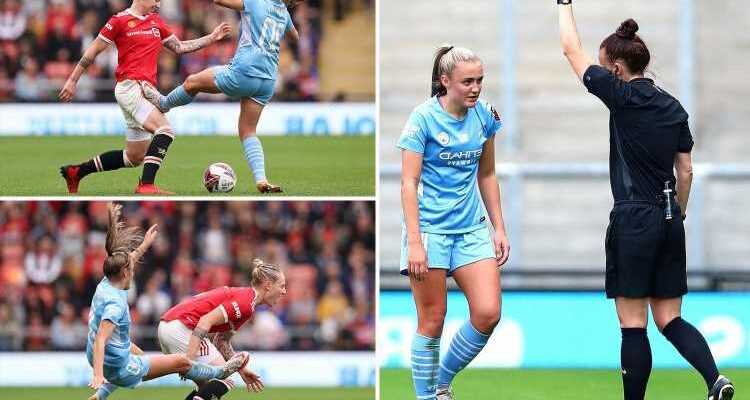 GEORGIA STANWAY was sent off for a SHOCKING knee-high tackle on Leah Galton during a 2-2 draw in the Manchester derby on Saturday afternoon.

The England international went in studs up on the thigh of Galton as she was dismissed in the 35th minute of the highly anticipated Women's Super League clash. 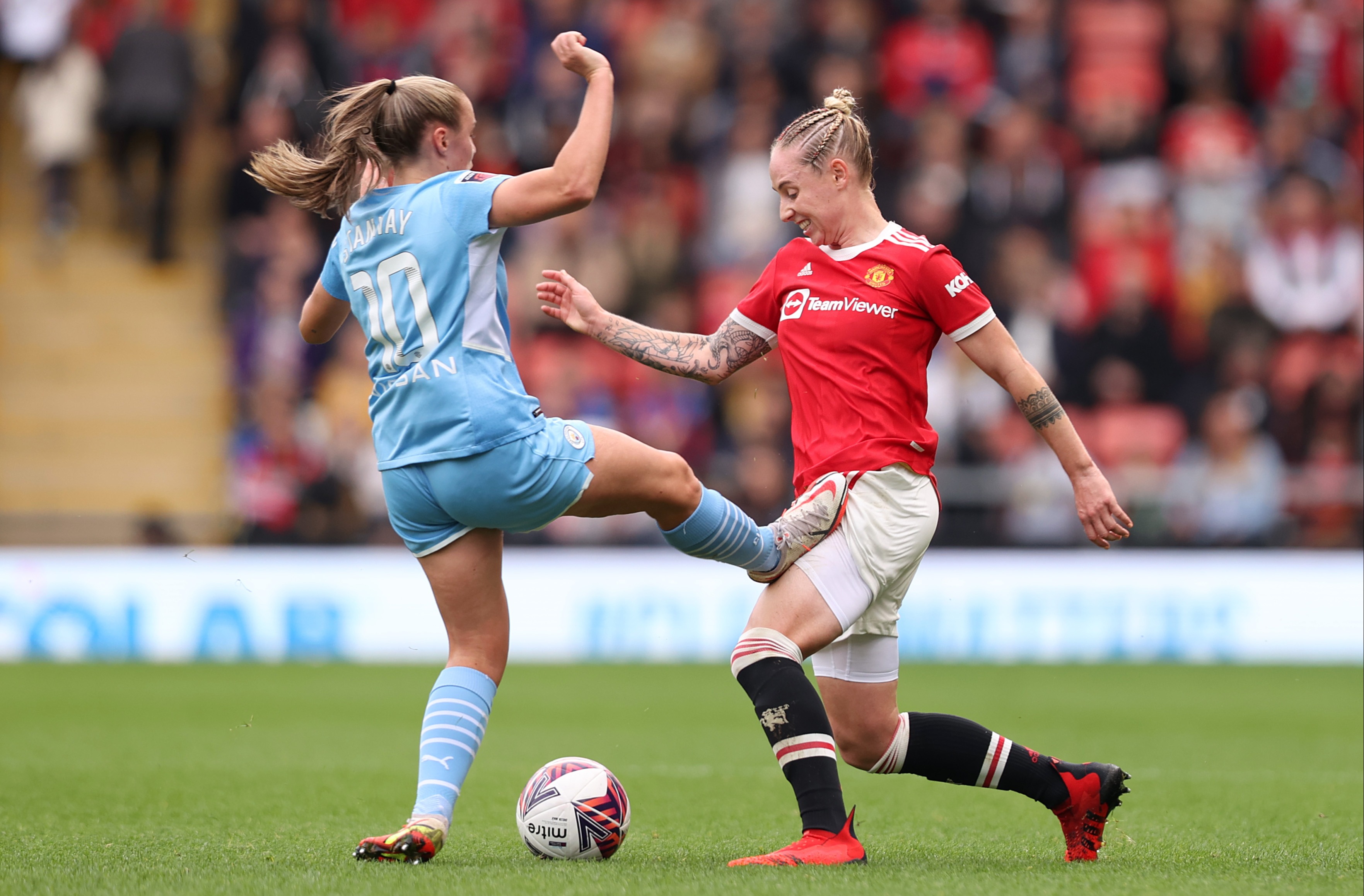 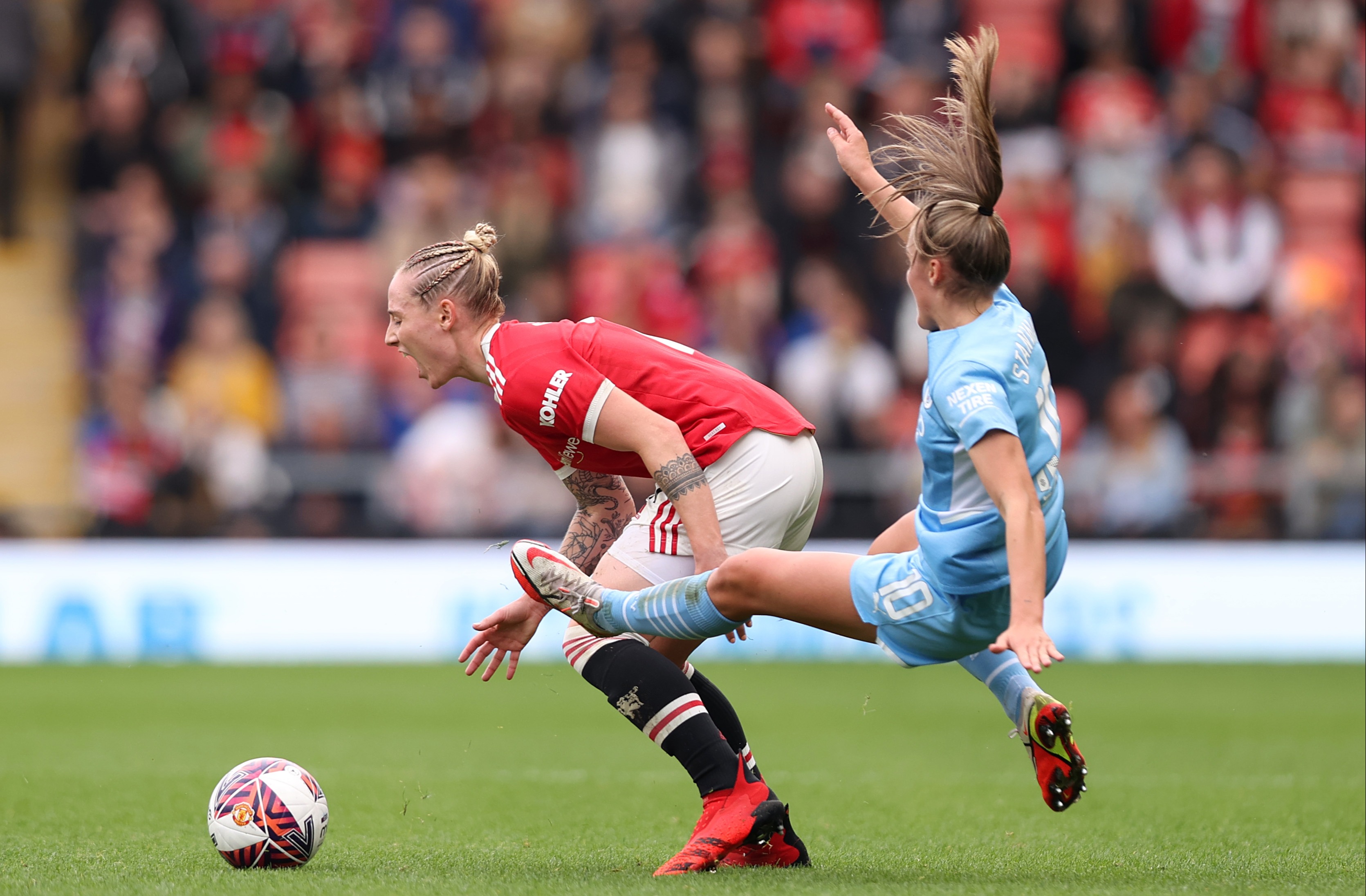 And City manager Gareth Taylor admitted after the match that he agreed with the decision to dismiss Stanway.

He said: “The referee obviously had a better view than anyone and I heard the fourth official saying it was reckless.

“I couldn’t really see it but having seen it afterwards it’s a disappointing one and it’s probably an easy decision for the referee to make.”

City instantly responded after losing Stanway by taking the lead when Khadija Shaw turned home to give the visitors the lead.

But United levelled things up with 18 minutes to go as substitute Lucy Staniforth equalised for the home side.

And Marc Skinner's Red Devils went in front moments later, with Alessia Russo firing in to seemingly win the game. 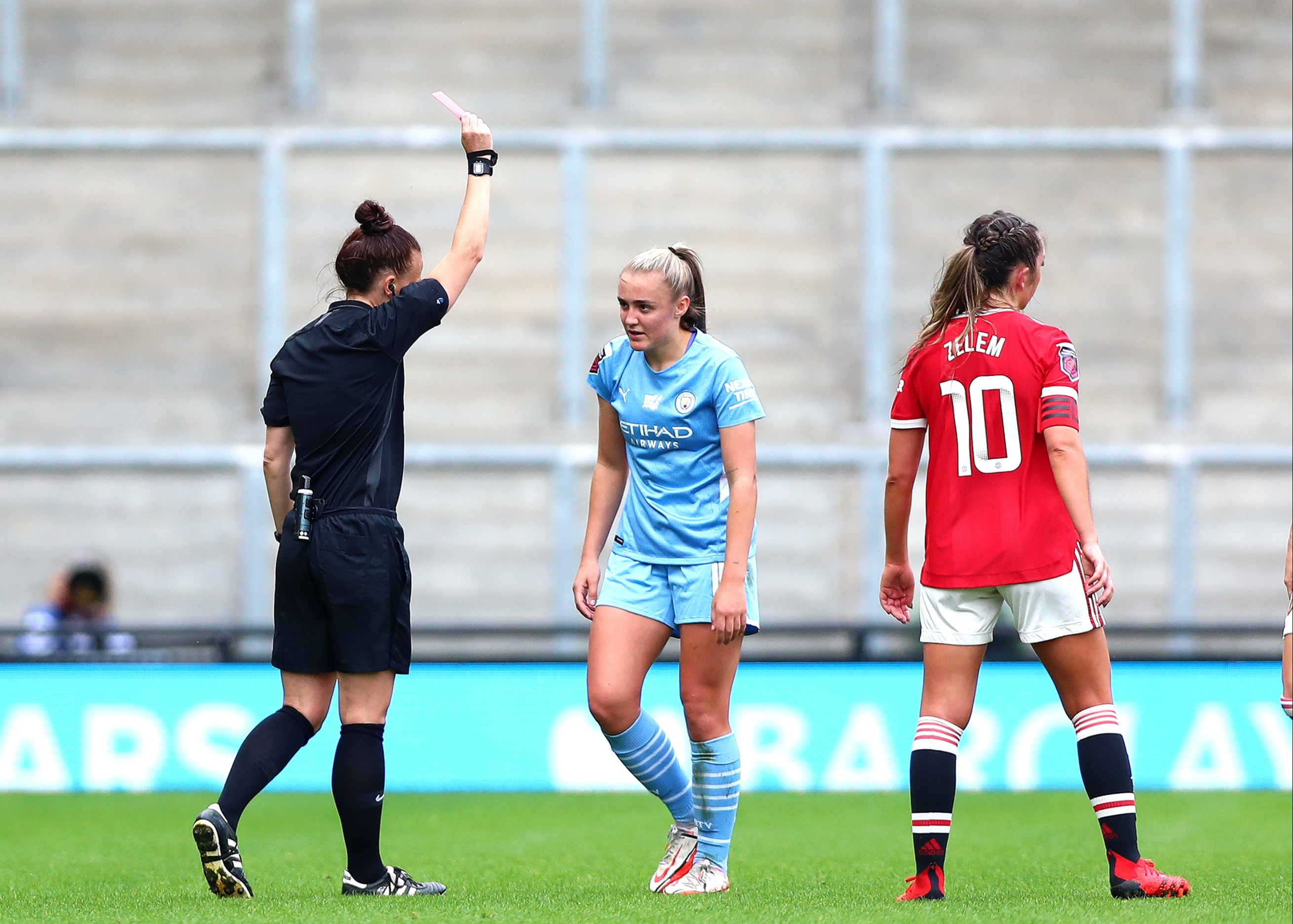 But England striker Ellen White stole a point for City just three minutes later in a crazy period which saw the spoils shared.

After the game, Skinner said: “It’s a missed opportunity in terms of three points but it’s a step forward in terms of mentality, in terms of our experience together.

“If you’re in a winning part of any game, you want to win the game.
“The way that our team is growing together, I’m seeing steps and strides every game.

“There is a slight tinge of disappointment but a lot of positives.”

Meanwhile, City continue to struggle to find victories having won just one of their opening five WSL games.