STOCKPORT COUNTY'S FA Cup giant-killing of Bolton was delayed after the corner flag and goalscorer's shirt were nicked during their crazy celebrations.

After an enthralling 90 minutes ended 3-3, two goals from the non-league side helped them defeat League One Wanderers 5-3 after extra-time to book their place in the second round. 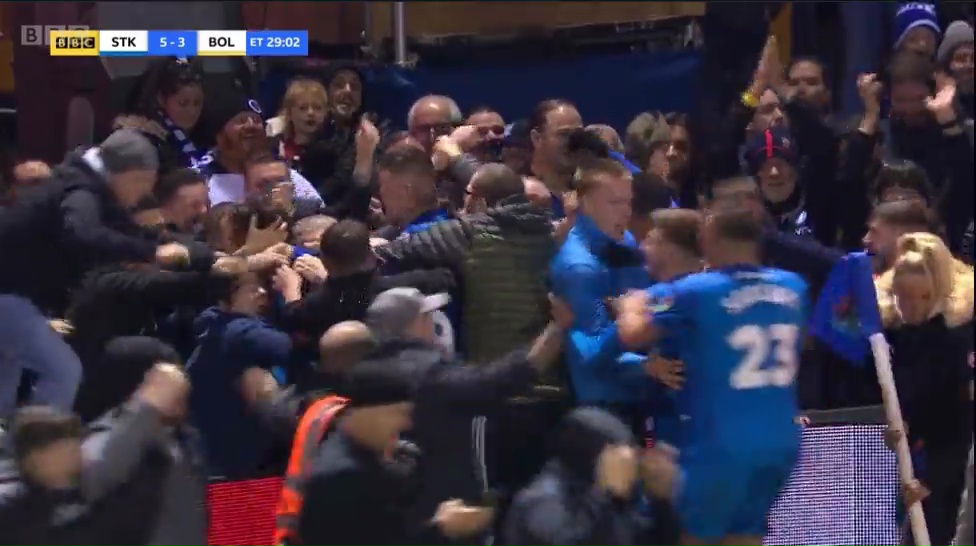 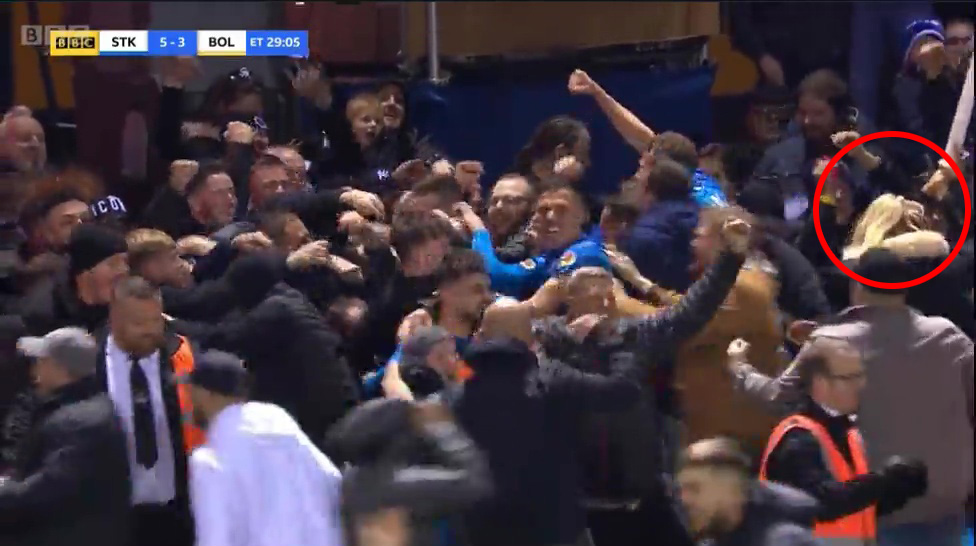 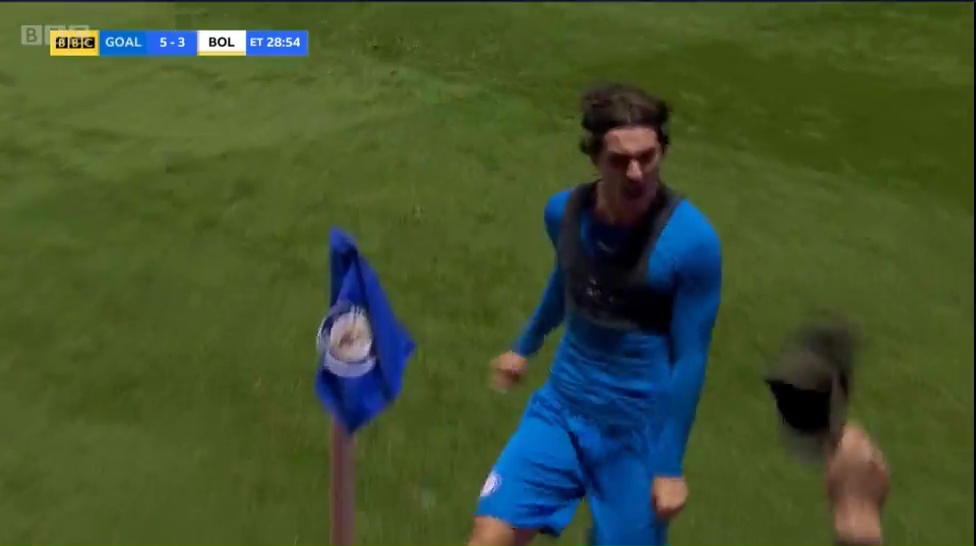 But when Ollie Crankshaw netted Stockport's fifth right at the end of the 120 minutes to seal the victory, play could not resume as one fan had stolen the corner flag during the celebrations, which saw a number of supporters spill onto the pitch.

Crankshaw's shirt was also momentarily taken from him after he whipped it off and threw it towards the crowd following the goal.

Both were eventually returned and the referee blew his whistle almost immediately after play restarted.

Reacting to the hilarious moment, one person said: "Limbs for County omg, the most Stockport thing tho for someone to steal the goalscorers shirt and the corner flag."

While another jokingly added: "Stockport goalscorer takes off his shirt, goes into crowd, sparks pitch invasion, irretrievably loses shirt and a corner flag in the chaos. I think he’ll take the booking."

It was an epic night for the fifth-tier side as they beat Bolton in a classic FA Cup first-round replay.

Elias Kachunga gave Bolton the lead after just two minutes as they threatened to make light work of the side two divisions below them.

And things went from bad to worse for Stockport moments later when Ash Palmer scored an own goal to double the visitors' lead.

Stockport pulled one back from the penalty spot through Paddy Madden, before Amadou Bakayoko made it 3-1 after just 28 minutes.

But the National League outfit, who drew 2-2 away at Bolton to force a replay, refused to lay down and brought themselves back into the match on the stroke of half-time through Scott Quigley.

And in the 85th minute the comeback was complete as Palmer netted at the right end to force extra-time.

Heading into an additional 30 minutes, Quigley scored his second of the game in the first period as Edgeley Park erupted.

A nervy period ensued for County fans, but those concerns were put to bed in the 119th minute when Crankshaw sealed the victory.

And a pitch invasion quickly ensued as the home fans celebrated Stockport pulling off a huge FA Cup shock.