DENMARK pulled off a remarkable result against Russia on Monday to keep their Euro 2020 dream alive – but it wasn't anywhere near as heroic as this fan's efforts to carry a mountain of beer.

A 4-1 victory over the Russians booked the Danes a place in the last-16 of the tournament. 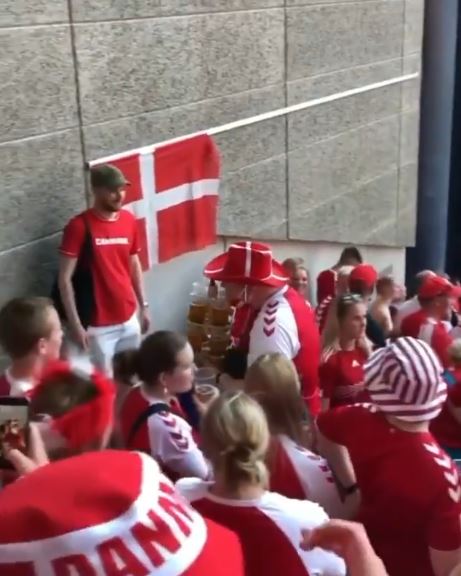 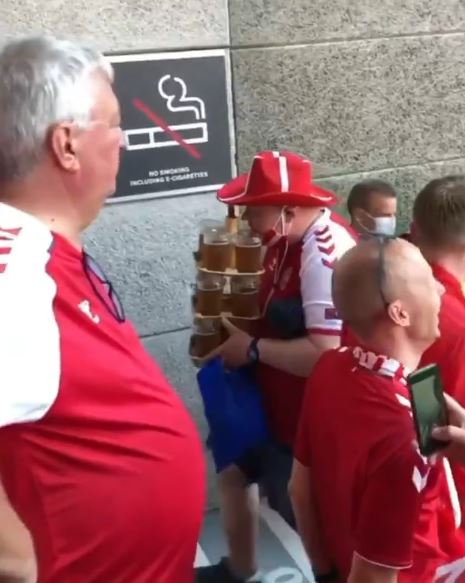 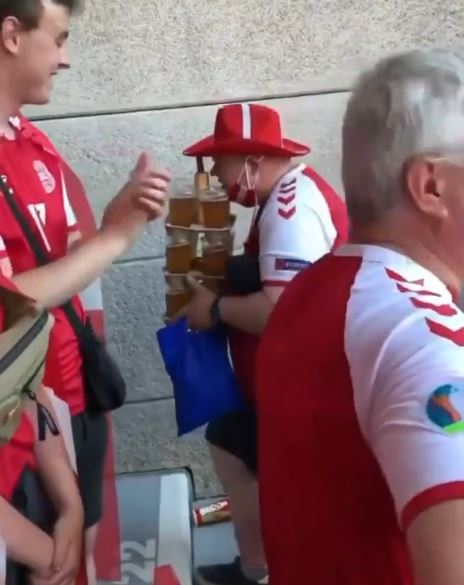 But instead of marveling at Andreas Christensen's stunner, footy fans across the world are now in awe of an unidentified Danish fan carrying a huge stack of beer.

Two days after the match, footage of a man carrying 12 – yes 12 – pints of beer started doing the rounds on social media.

And to top it off, he had a hotdog sandwiched between the top row of beer.

The beer-loving bloke – who was rocking a Denmark cowboy hat – expertly made his way up the stairs at the Parken Stadium without spilling a single drop of the amber nectar.

And his heroic effort was applauded by several fans watching to see if he'd drop the lot.

The man's beer-holding skills set Twitter ablaze, with one viewer saying: "Forget Ronaldo… This is the performance of #EURO2020.' 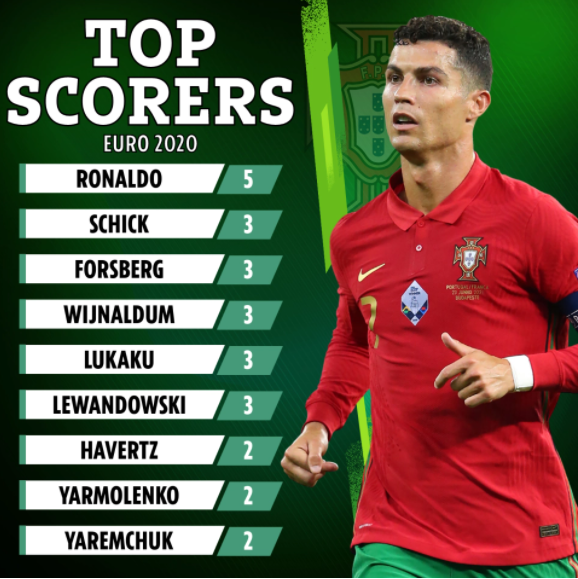 Another said: "Another Danish hero."

And another said: "Nobody has earned that ‘Respect’ badge more."

One remarked: "My son can’t even carry a cup of tea without spilling it."

Viewers then started pricing up the cost of the man's round, with one speculating he spent around £120 for the stack of booze. 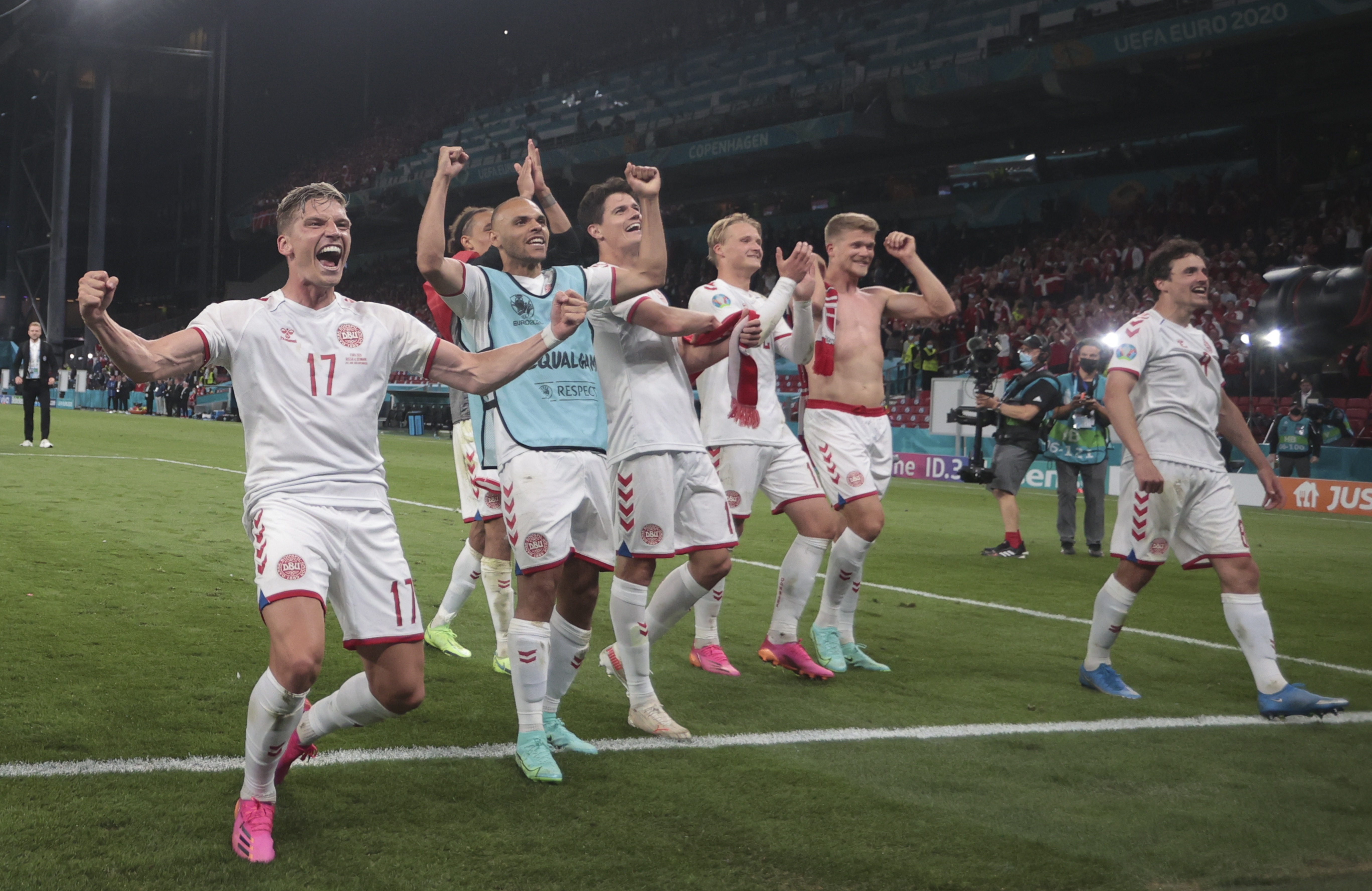 They tweeted: "At Danish beer prices I reckon that's at least a £120 round of drinks minimum, a very brave man indeed."

That estimation, however, was questioned by another fan, who said: "80 pounds for 12 beers at Parken. 700 Danish Crowns."

Unfortunately, the video stopped before the fan made his way back to his seat.

But judging from the immense skill and balance he showed walking up the stairs, it's likely not a drop of booze ended up hitting the floor.

Denmark's Euro 2020 adventure will resume on Saturday when they take on Wales at the Amsterdam Arena.