THIS is the shocking moment a HELICOPTER crashed into a truck during the 2021 Dakar Rally.

Known as one of the world's most dangerous races, this year's event was staged on the sandy plains of Saudi Arabia. 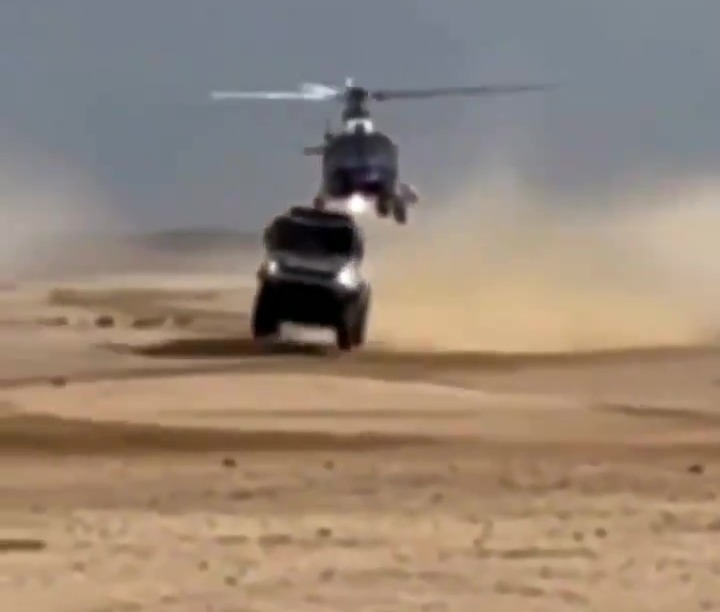 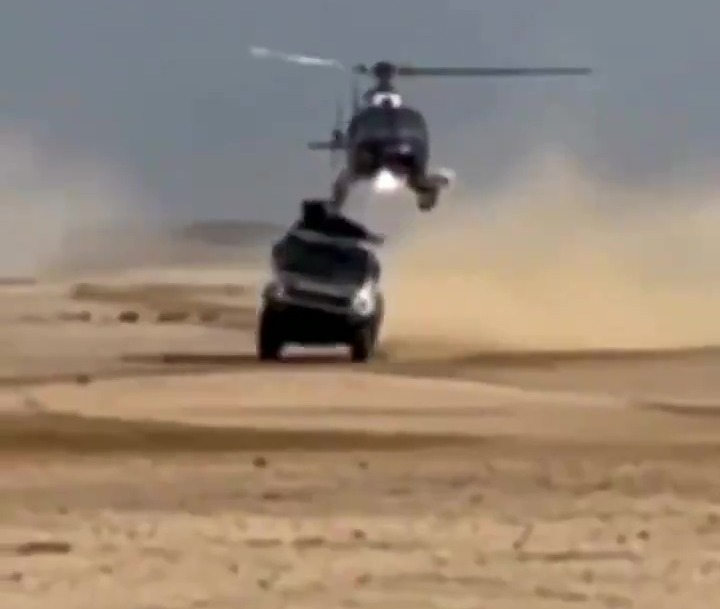 There are eight different categories of machine that compete against each other – but helicopter isn't one.

However one chopper hovering above the truck race wanted to get some footage from closer to the action.

But as it lowered agonisingly close, the vehicle then bounced up from a bump on the track.

Thw two made contact with the helicopter ripping off part of the truck's roof and thankfully managing to fly off.

The driver was Anton Shibalov, who even managed to finish the race despite the hair-raising experience.

As reported by The Drive, Eric Khairullin of Shibalov's Kamaz team said: "Anton Shibalov's car arrived at the finish line with a torn-open air intake on the roof of the body.

"It turned out that the organizers' helicopter hovered too low over the track and at some point, when the truck rushing at speed, threw it up, apparently, [hitting] a helicopter."

Shibalov's Kamaz team-mate Dmitry Sotnikov enjoyed much better luck however, as he went on to win the truck competition. 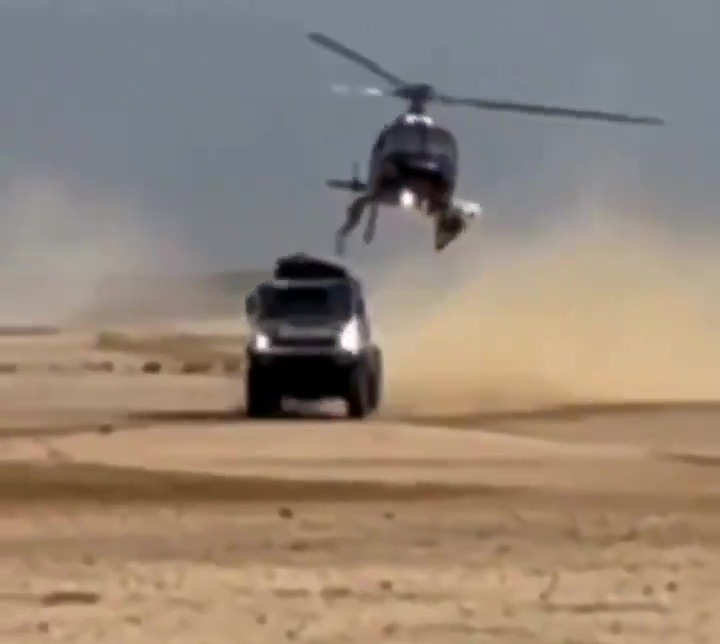 The famous endurance event takes place over 14 days with 322 entrants taking part in a range of vehicles including bikes, trucks, cars and quad bikes.