In the dying embers of the game, Abraham was trying to retrieve a loose ball with his side a goal down. 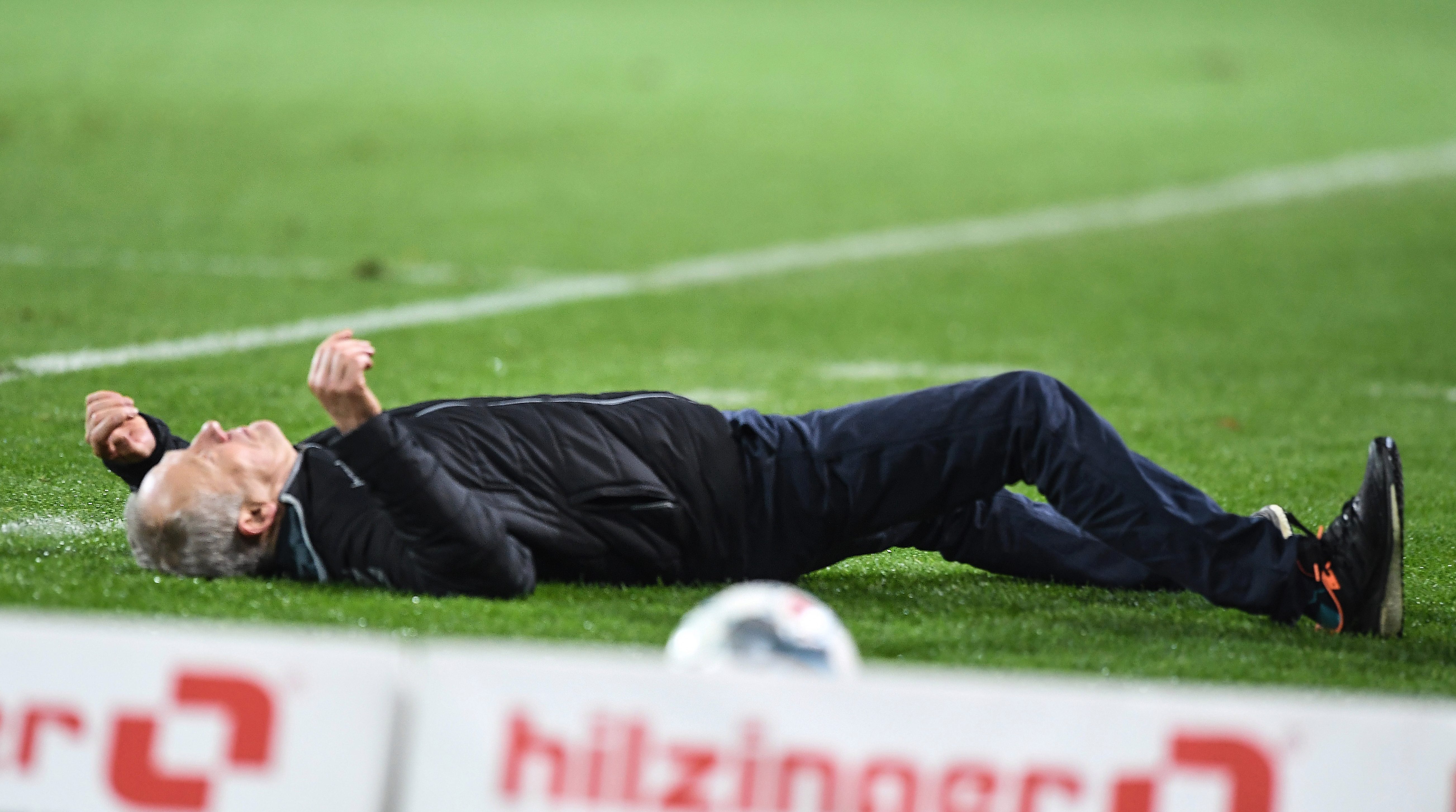 As the ball ran out of play, and Abraham chasing, Streich took a step into the path of the Argentinian.

But rather than move around him, the 6ft 2in centre-back landed a stiff arm right on the German manager.

Streich felt the full force of the charge and was laid out flat on his back in the technical area.

The charge saw the game then descend into chaos, as dozens of players and staff from both sets of teams collided in ugly scenes.

The melee, that saw lots of pushing and shoving, lasted nearly five minutes until the players were brought under control by the officials. 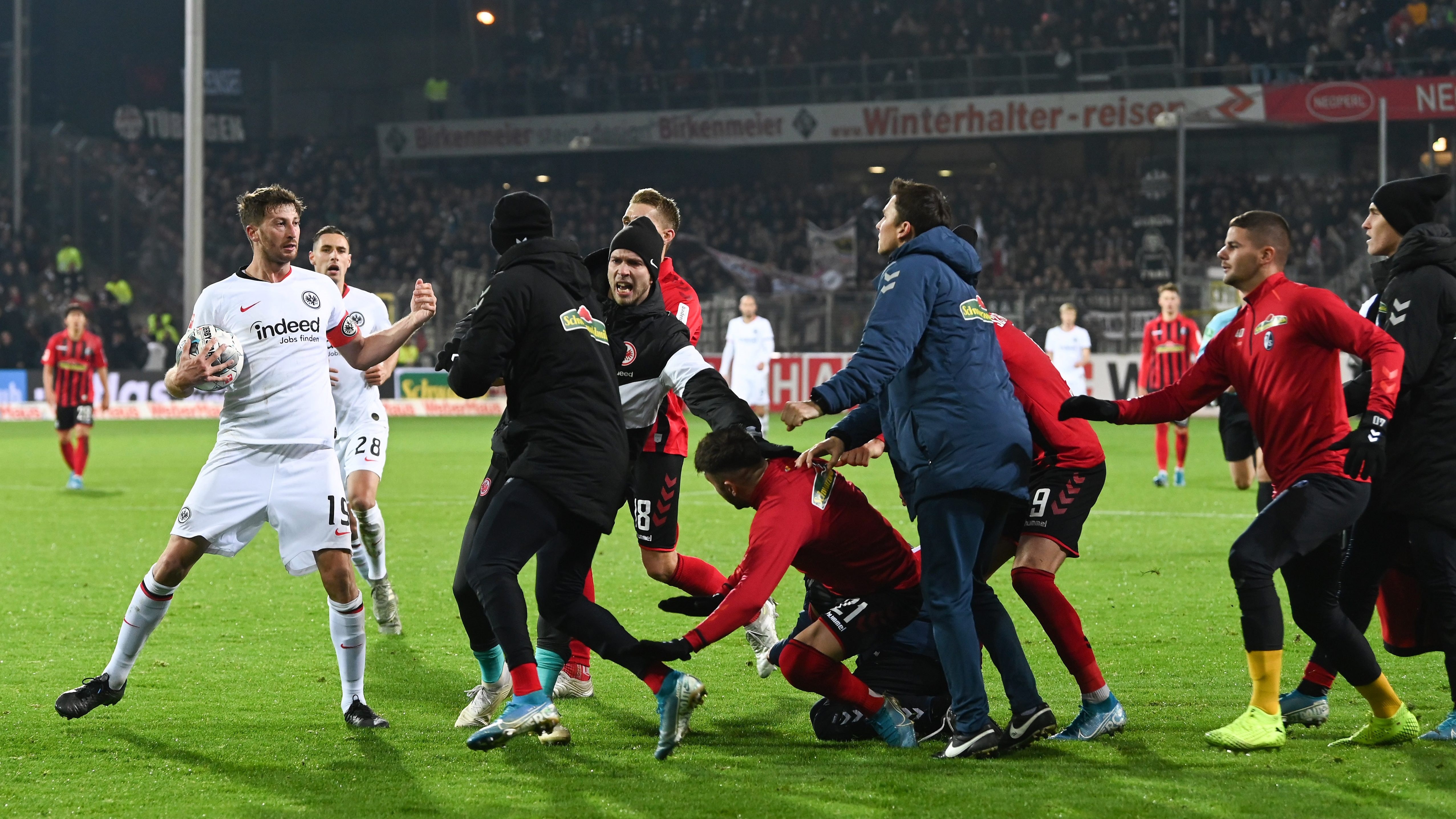 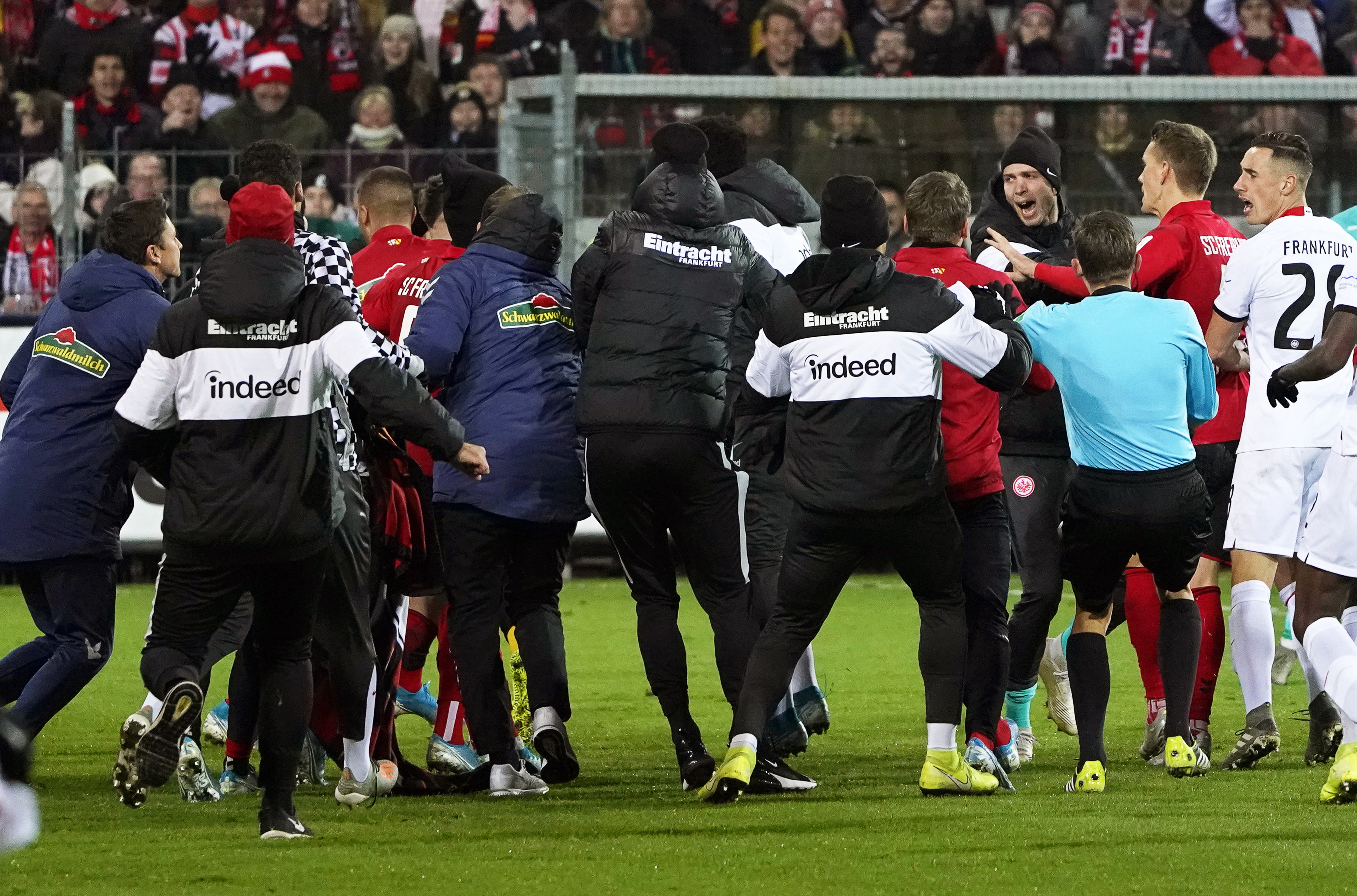 David Abraham earned himself a red card for the barge – after a VAR check by the referee.

Freiburg's Vincenzo Grifo also sent off after the skirmish.

Those two joined Gelson Fernandes in earning a straight red card, the former Manchester City and Leicester man sent off just before the break.

Surprise package Freiburg eventually won 1-0, Nils Peterson scoring the only goal to send the side level on points with RB Leipzig and Bayern Munich behind leaders Borussia Monchengladbach.