RAGING Norwegian star Christian Gauseth punched an interview backdrop in fury after his side were denied a penalty in a 3-1 defeat.

The 36-year-old skippers Mjondalen in the Eliteserien. 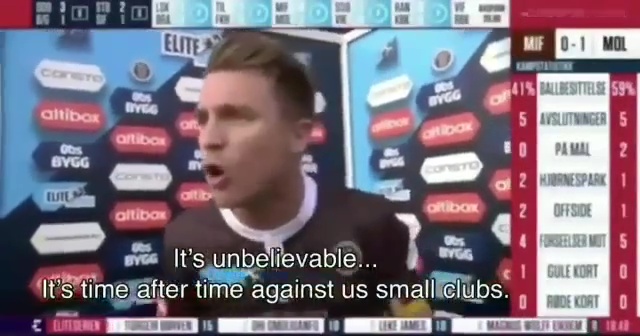 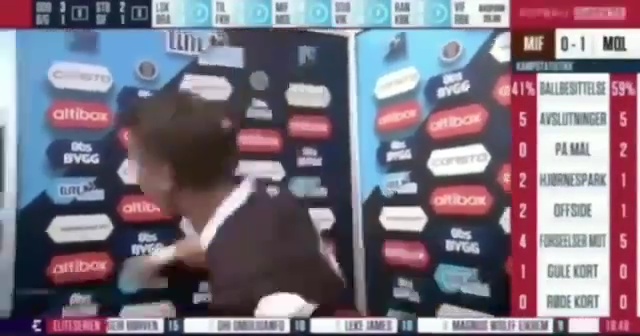 But earlier this month, it all got too much for the veteran midfielder after a match against reigning champions Molde.

Mjondalen had been leading their more illustrious opponents, striking first through Fredrik Brustad.

They were then convinced they should have had a penalty, when the ball appeared to strike Vegard Forren's arm.

But no spot-kick was forthcoming, and they went on to blow their lead, conceding three times in the last 15 minutes to lose.

And Gauseth was not happy about it.

Facing the cameras after the game, he ranted: "It's so clear and obvious.

"It's unbelievable… it's time and time again against us small clubs. 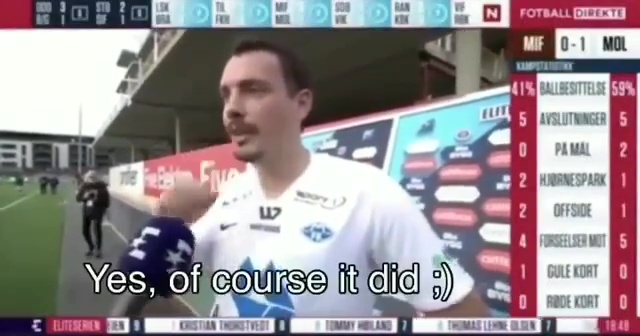 As he spat out the last words, he stormed off – but not before he'd smacked the interview backdrop behind him over.

Ironically, he was immediately followed by Forren himself, who was asked if the ball had, in fact, struck his arm.

And with just the faintest hint of a grin, he replied: "Yes, of course it did."