CONOR McGREGOR has shared a video of him enjoying a smoke while relaxing on a sun lounger on holiday.

The retired UFC fighter is spending time in the south of France with partner Dee Devlin and their two children Conor Jr and Croia. 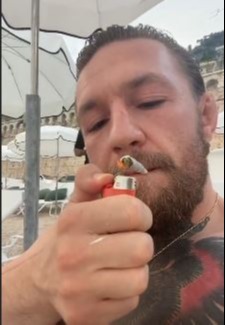 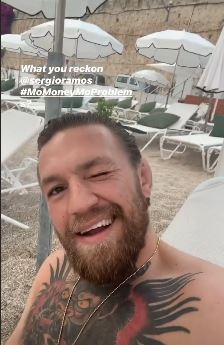 After celebrating his 32nd birthday abroad, McGregor looks to be enjoying his retirement from the cage.

The Irishman uploaded a clip of him smoking a roll-up – but he needed some assistance to light it.

Bizarrely he tagged Real Madrid footballer Sergio Ramos in the clip he uploaded to his Instagram Stories.

He captioned it: "What you reckon Sergio Ramos" before adding the hashtag 'MoMoneyMoProblems?"

The Notorious then winked at the camera. 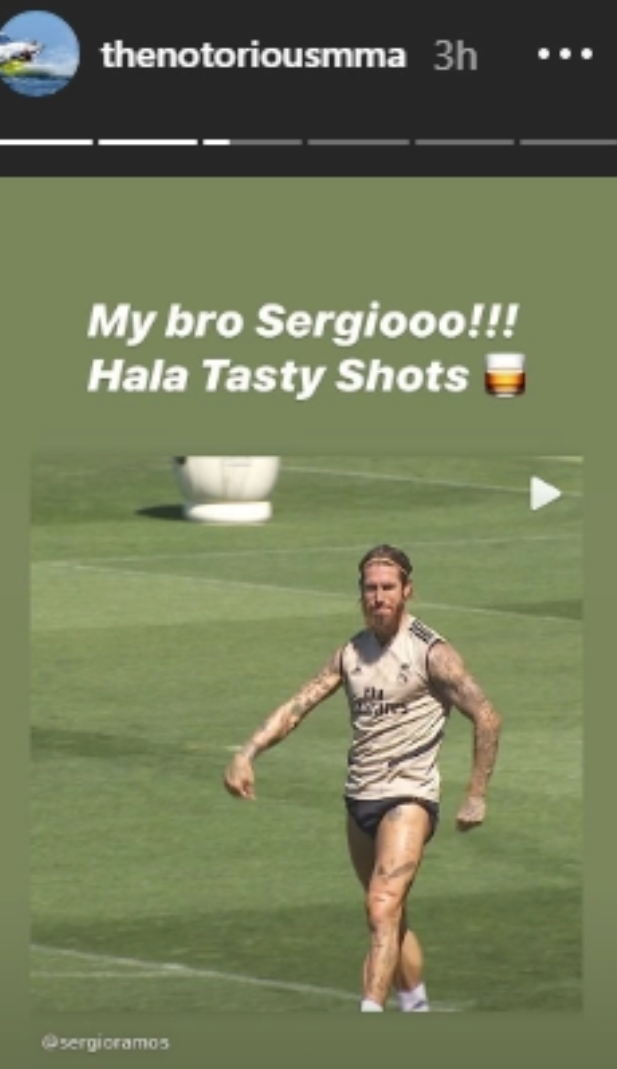 It comes just hours after Ramos shared a clip of him doing the 'Billi strut', after smashing a shot home during training.

The exaggerated walk is of course made famous by McGregor.

The Dubliner hailed his 'bro Sergio' after Ramos shared the clip and asked for McGregor's feedback.

While the pair compete in different sports, they share similarly brash approaches with both men being fond of winding up opponents.

While Ramos has played a central role in Madrid's title winning efforts, scoring a ridiculous ten goals in the process (albeit many of them were from the penalty spot), McGregor has been away from his sport since January when he destroyed Donald Cerrone.

He even announced his retirement from MMA last month, although few expect that to stick with him having done so on two previous occasions.

And McGregor has made sure he stays in the limelight despite his retirement – his colourful Versace outfit on holiday making it's own headline.

And it was paired with his newest bit of bling – a £500,000 'Casino' watch showing that McGregor still has penty in the bank to enjoy his retirement.