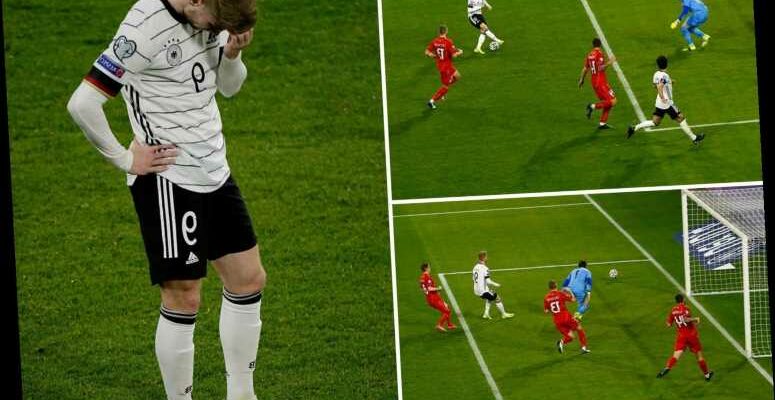 TIMO WERNER looked more like a flop learner than a top earner as he missed an absolute sitter in Germany's stunning 2-1 home defeat to North Macedonia.

The striker transferred his disappointing first season with Chelsea to the international stage as Germany lost a World Cup qualifier for the first time since England's 5-1 Munich victory in September 2001. 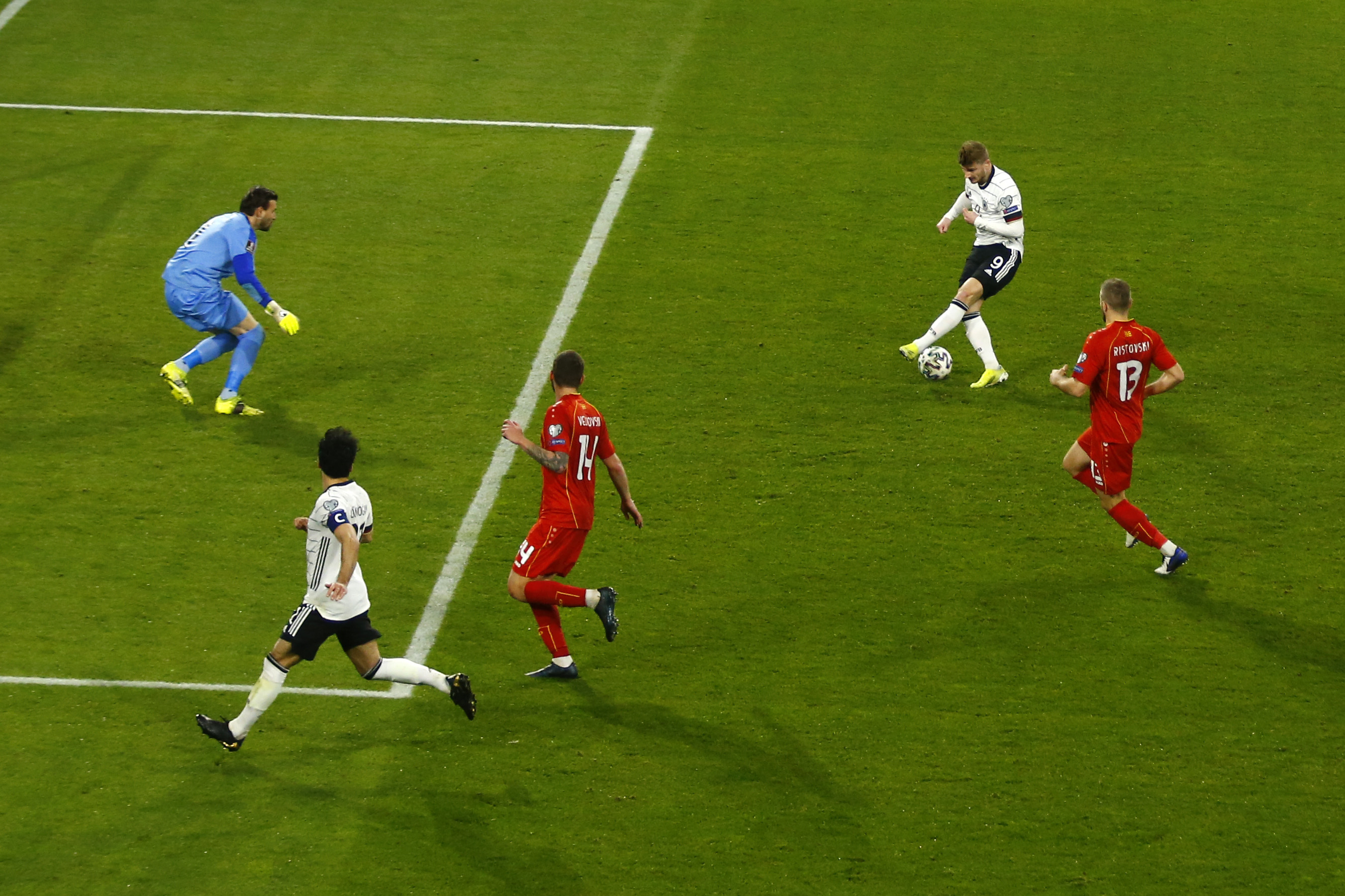 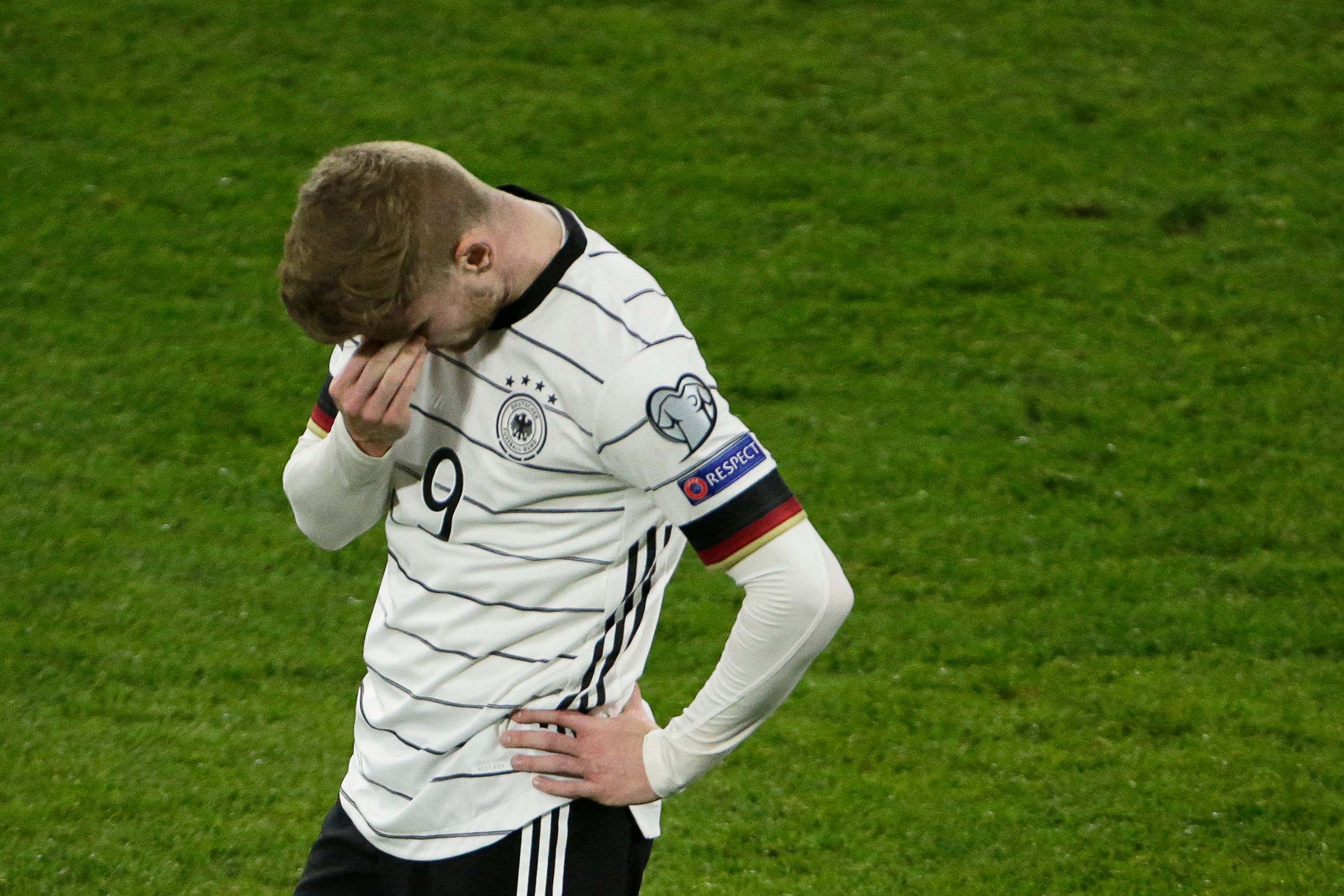 Joachim Low's men were sniffing a winner with 10 minutes left when Manchester City midfielder Ilkay Gundogan rolled the ball across for the incoming Werner.

The ex-RB Leipzig hero, on as a sub for Chelsea team-mate Kai Havertz, seemed to get his feet tangled up as he mis-hit a left-footer wide.

Werner stooped down in embarrassment and disbelief, holding his head in his hands.

And it got worse for Germany when Eljif Elmas fired a late clincher for the visitors.

Goran Pandev had put North Macedonia in front on the stroke of half-time, before Gundogan levelled with a 63rd-minute penalty for a foul on ex-club colleague Leroy Sane.

Dani Olmo and Ferran Torres scored within three minutes late in the first half of Spain's 3-1 win over Kosovo.

The visitors pulled one back when Spanish keeper Unai Simon charged up to the halfway line and Besar Halimi netted from 35 yards, but Gerard Moreno then headed Spain's sealer.

And Armenia struck twice in the last four minutes to beat Romania 3-2 as the world's 99th-ranked nation went top of Group J above Germany.

Northern Ireland were held to a mediocre 0-0 home draw with Bulgaria, despite dominating possession and Stuart Dallas heading off a post.

And Che Adams' first goal for Scotland led a 4-0 defeat of the Faroe Islands at Hampden.

John McGinn netted twice and Ryan Fraser made it three goals in three games as the Scots ended a four-match winless run.

Gareth Southgate's England made it three wins from three after Harry Maguire scored late to spare John Stones' blushes in a 2-1 win over Poland.