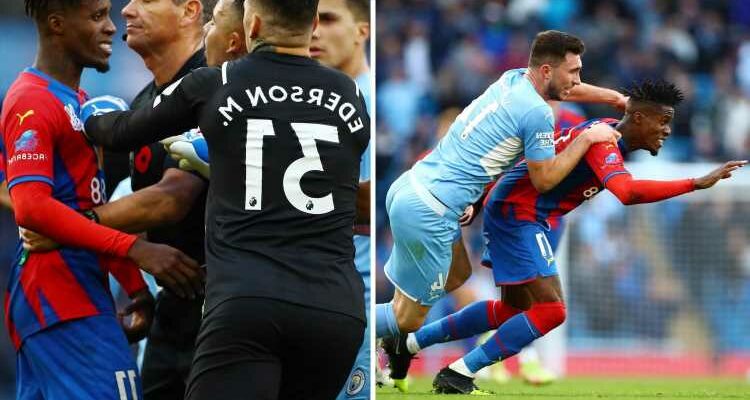 MANCHESTER CITY defender Aymeric Laporte was sent off for a challenge on Wilfred Zaha – sparking scenes of angry confrontation between the players.

Laporte, 27, was sent off on the stroke of half-time after dragging down Zaha in a desperate attempt to stop the Ivory Coast international from breaking free on goal. 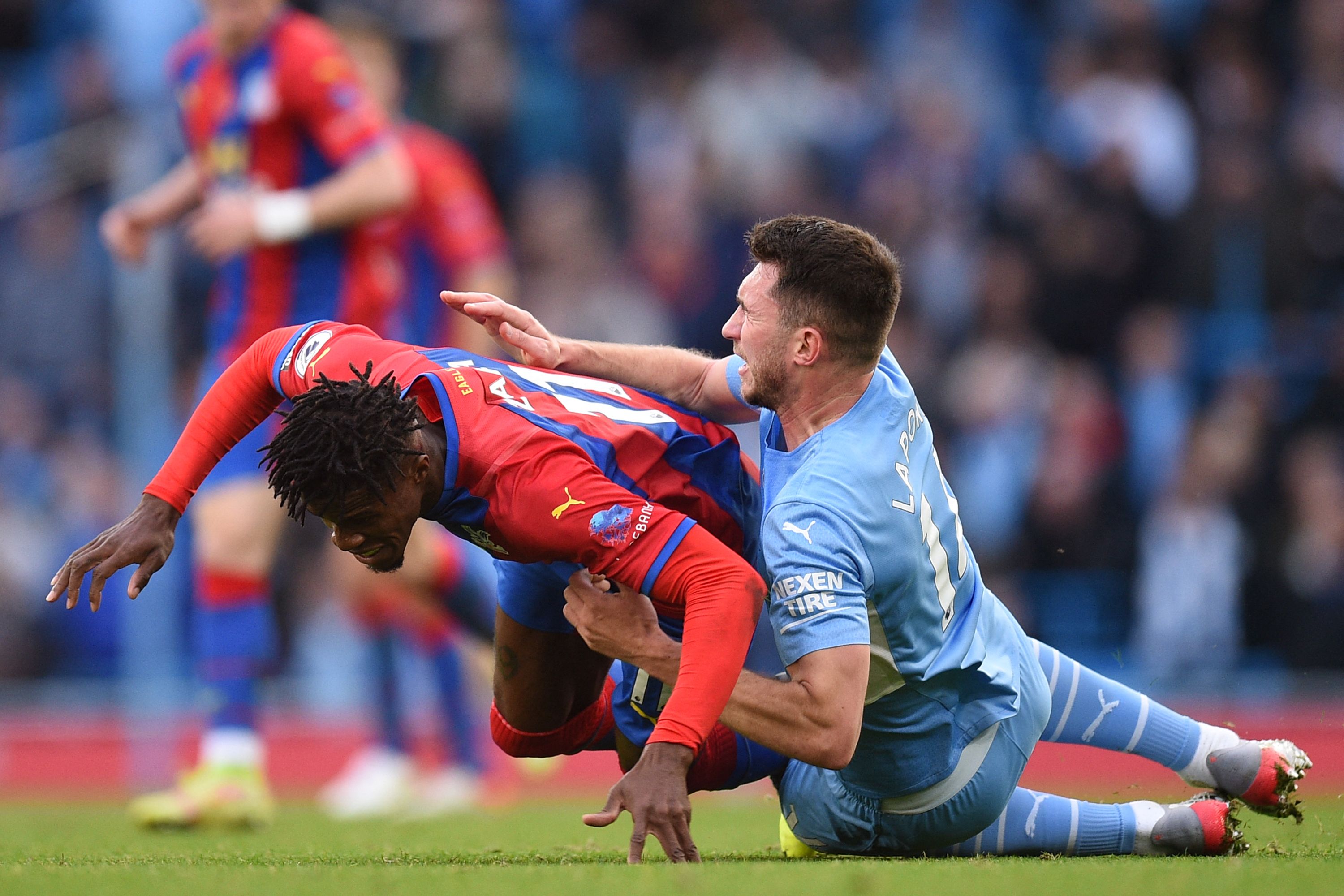 The centre-back was also at fault for Palace's goal early in the first half after he gave the ball away to Conor Gallagher, who then found Zaha in the box.

Zaha made no mistake and put the ball past Ederson from close range, with Laporte left blushing after his error gave Palace the chance to take the lead.

It then all kicked off at the half-time whistle, with the City players trying to provoke a reaction from Zaha and the ref having to intervene.

Both sets of players had to be dragged apart and sent down the tunnel for half-time, with the City team clearly frustrated with how the first-half had panned out.

He has started eight of Man City's ten league games so far this season and has formed a solid partnership alongside Ruben Dias, at the expense of John Stones.

The England international has just one league appearance for City so far this season, despite being a regular starter under Guardiola last campaign.

But Stones could get a chance to prove himself again if Laporte's red card is upheld and he is given a three match ban.

Laporte could miss a trip to face local rivals Manchester United at Old Trafford, as well as home games against Everton and West Ham.

The Spaniard was signed in January 2018 from Athletic Bilbao for a fee of £57m and has since won three Premier League titles, the FA Cup and three Carabao Cups.

Though Laporte has suffered with injuries in his time at the Etihad, limiting him to just 83 league appearances in more than three and a half seasons.

Laporte also switched his allegiance in order to represent the Spanish national team, despite making 51 appearances for France at youth level.

He was called up to the France squad twice, but failed to make an appearance, and has since established himself as a key player in Luis Enrique's Spain side.

Laporte played every minute of Spain's Euro 2020 campaign, before they were knocked out by winners Italy on penalties in the semi-final.

He also played both of Spain's Nations League finals games against Italy and France, winning a runners-up medal after their 2-1 defeat to Laporte's native France in the final.