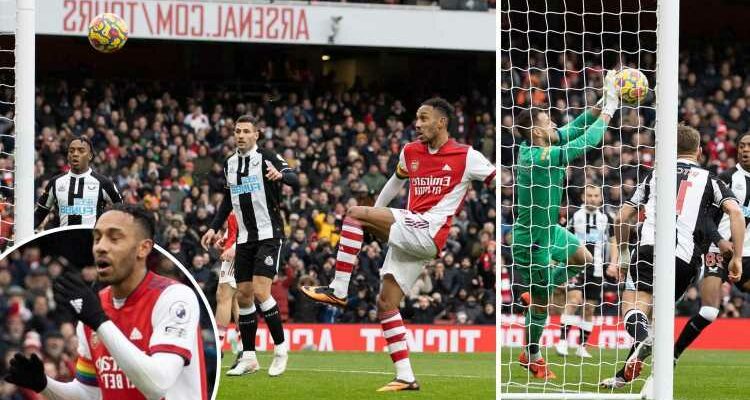 ARSENAL striker Pierre-Emerick Aubameyang was guilty of a miss of the season contender against Newcastle.

It came late in the first half after great work down left by Bukayo Saka. 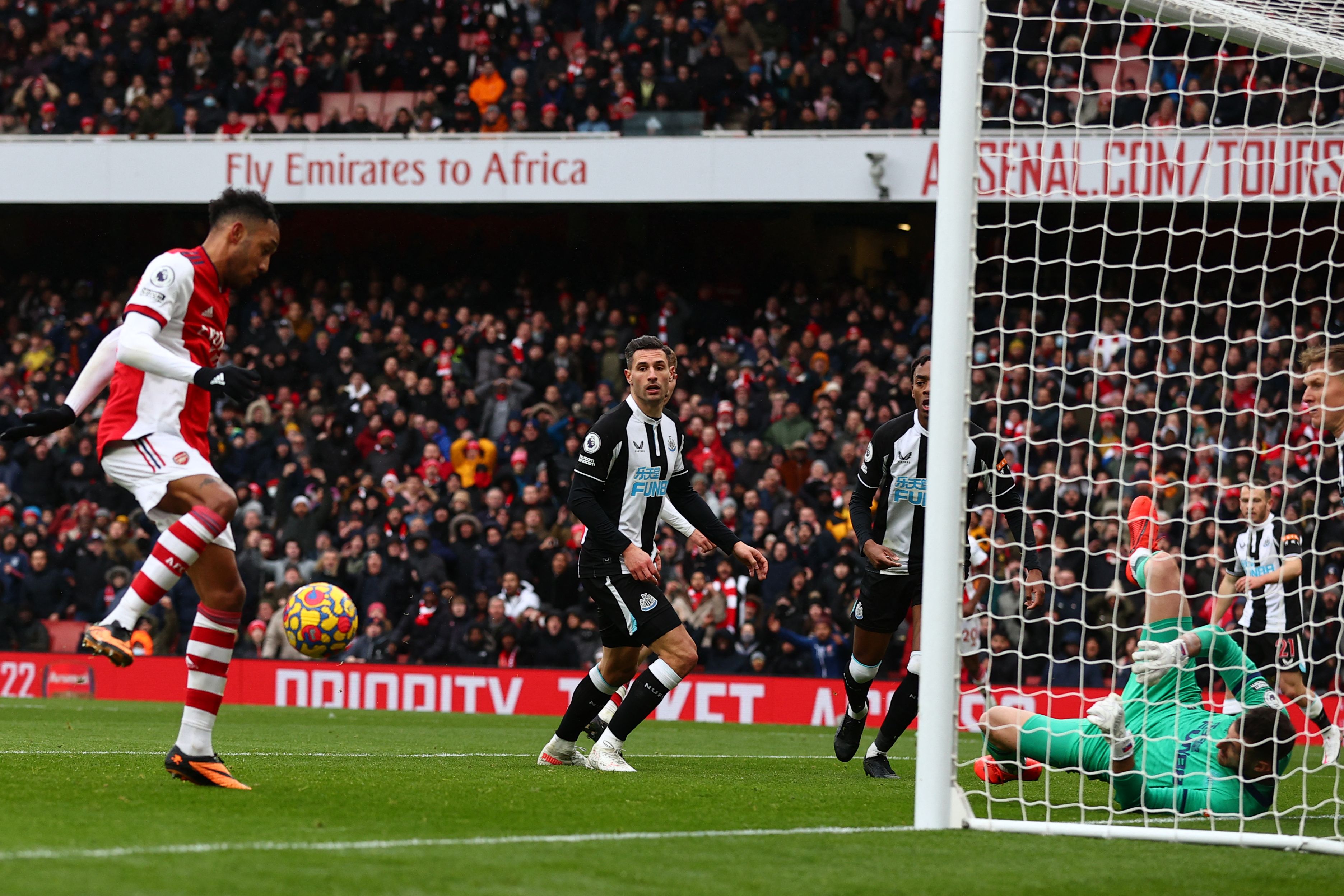 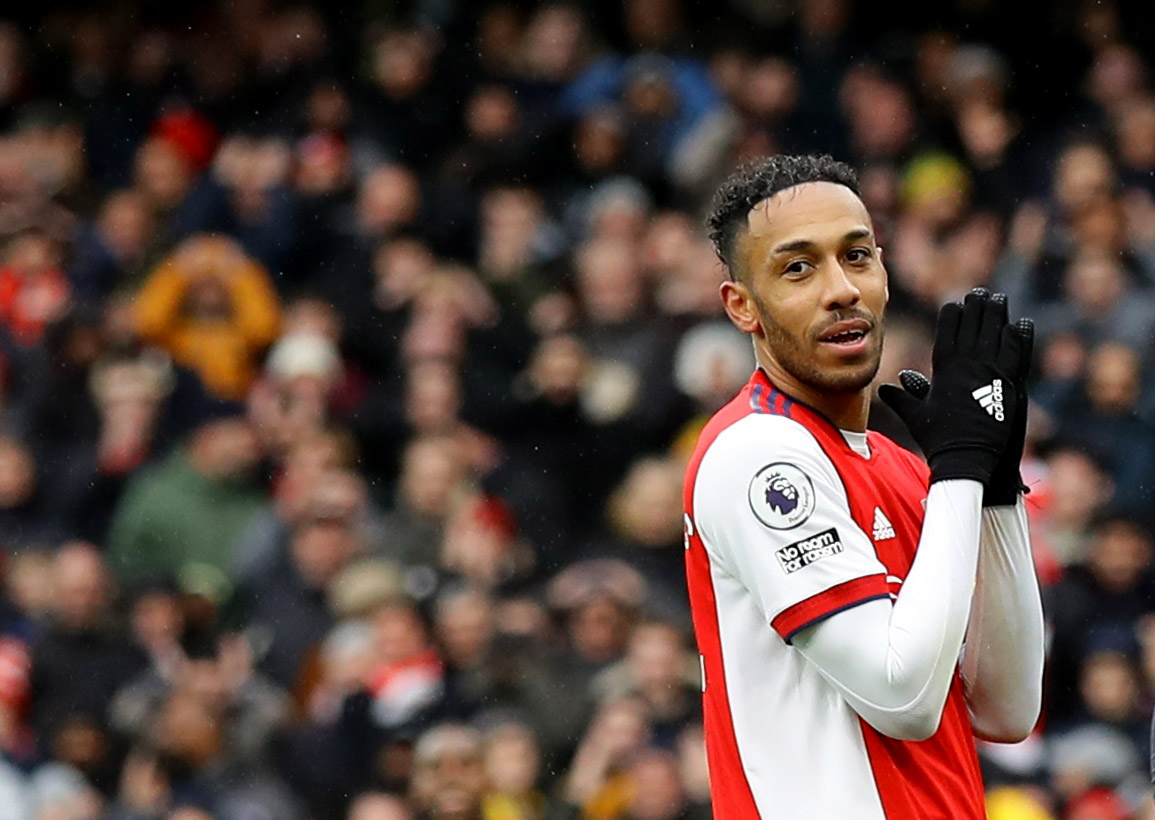 It led to a header by Emile Smith Rowe being saved by Newcastle keeper Martin Dubravka.

The ball then fell kindly for Aubameyang, who was in a great position at the back post to finish off the sitter.

But he somehow managed to side foot his shot – unchallenged – on to the outside of the post from just THREE YARDS.

It was the glaring moment of a frustrating first half for the Gunners which ended goalless.

Arsenal did eventually get on the scoresheet in the second period thanks to a slick finish from Saka.

The Gunners came into the match having lost 4-0 against Liverpool in their previous outing.

Newcastle meanwhile started the match without a win this season.

The game at the Emirates is Eddie Howe's first in person since taking charge of the Magpies, having missed the previous encounter due to testing positive for coronavirus.