The Citizens ran out 3-1 winners at the Etihad on Wednesday night to kickstart their European campaign. 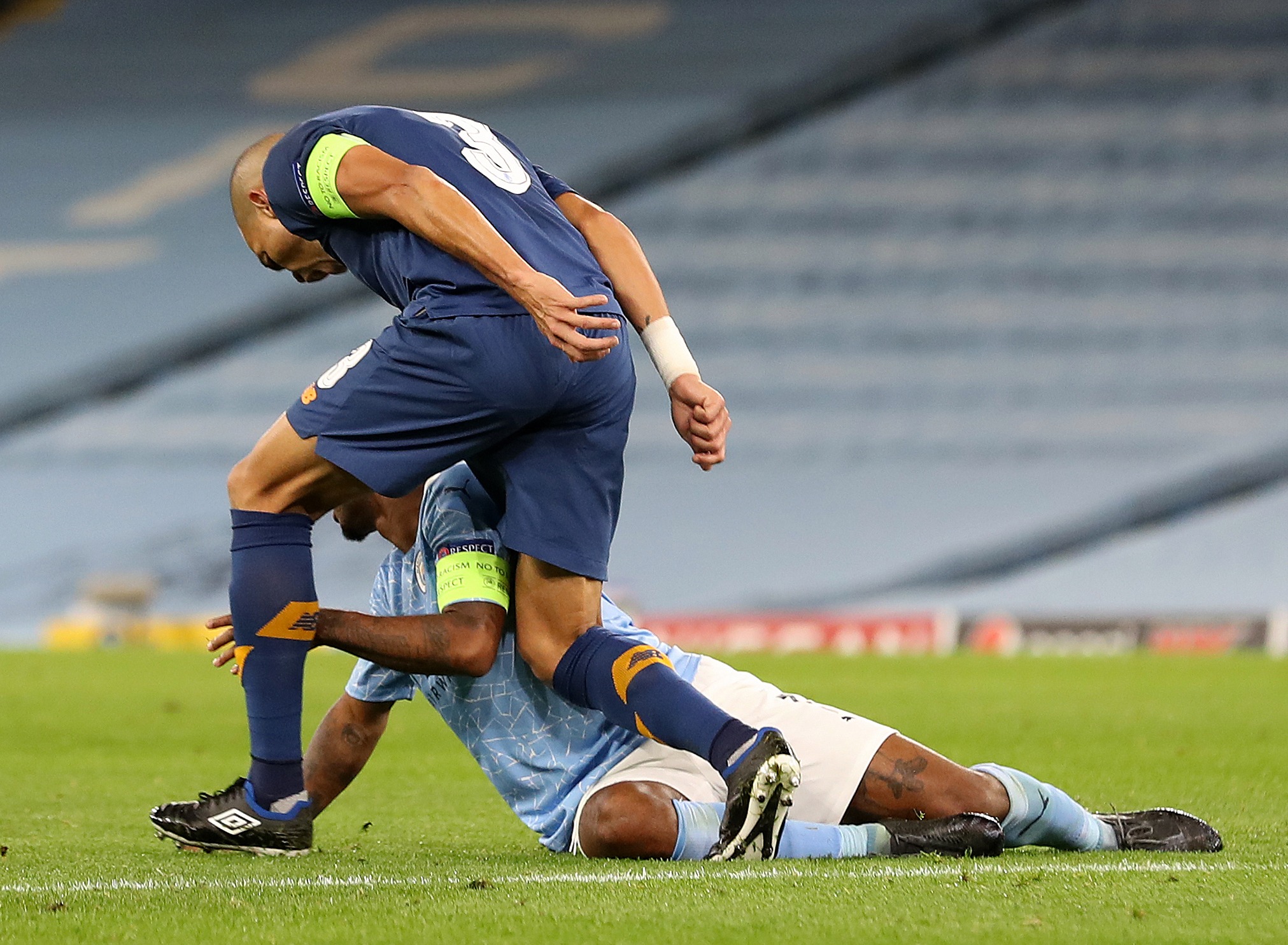 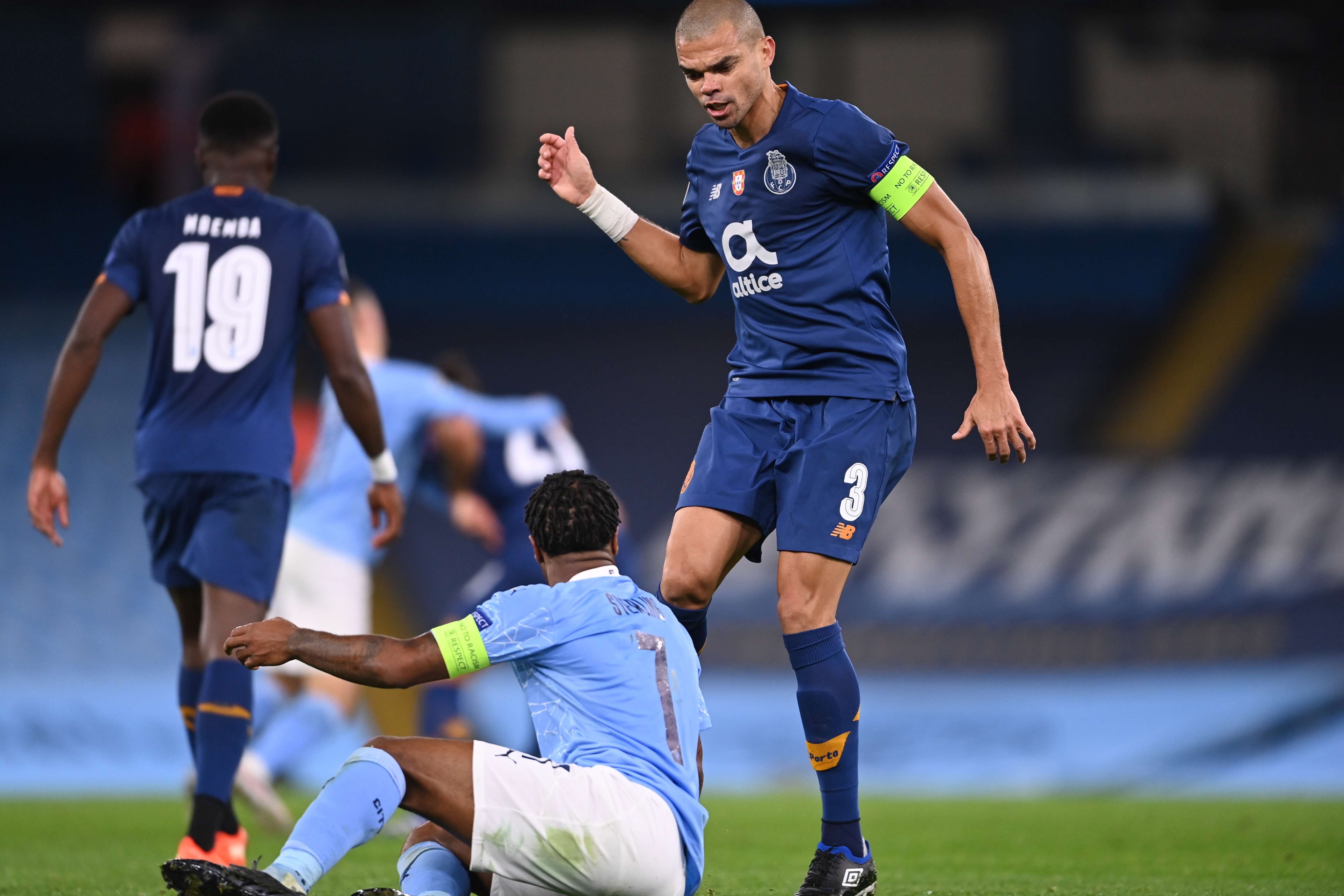 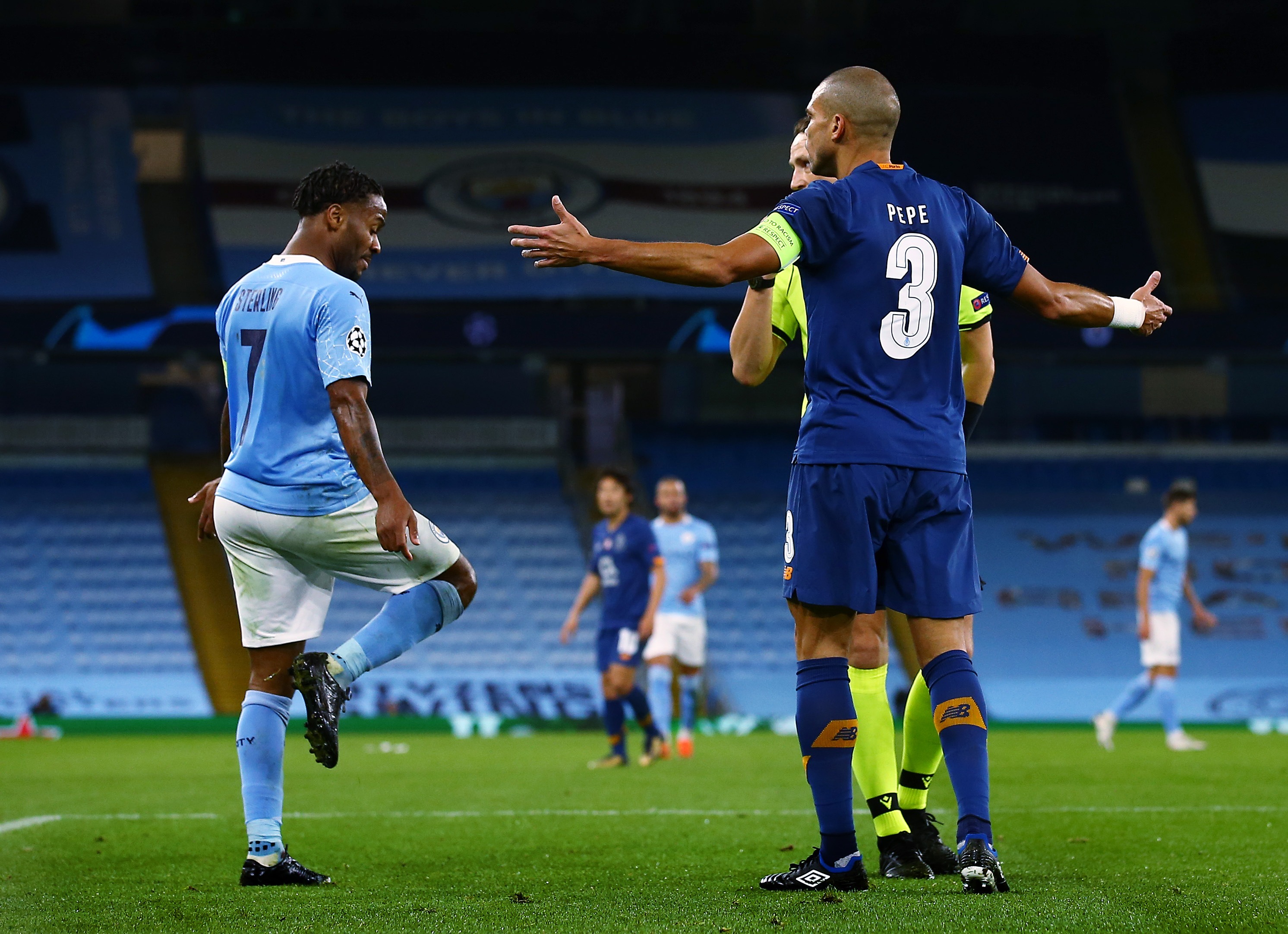 Pep Guardiola's side came from behind after Luis Diaz put the Portuguese champs ahead.

But Portuguese centre-back Pepe, 37, let his frustration get the better of him late in the second-half.

The former Real Madrid star screamed at Sterling, 25, after the England forward went down softly, in his eyes, in search of a penalty.

Pepe then appeared to drag his knee into Sterling's body, knocking him over in a moment of madness.

Somehow the Porto skipper escaped a red card despite VAR being in use during the Champions League.

And fuming fans couldn't believe renowned hard man Pepe had not been given his marching orders.

One said: "How has Pepe not been sent off for that knee on Sterling." 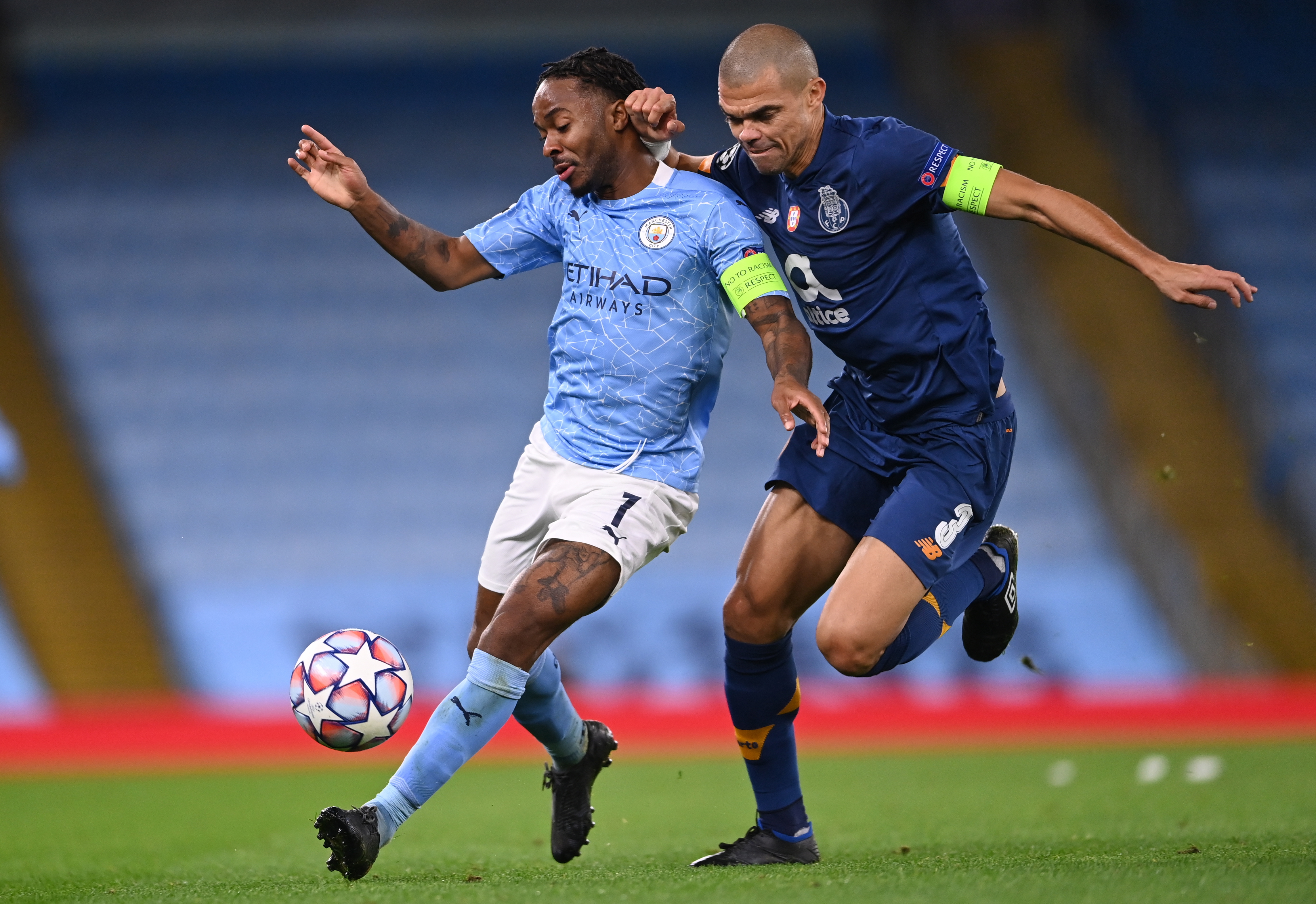 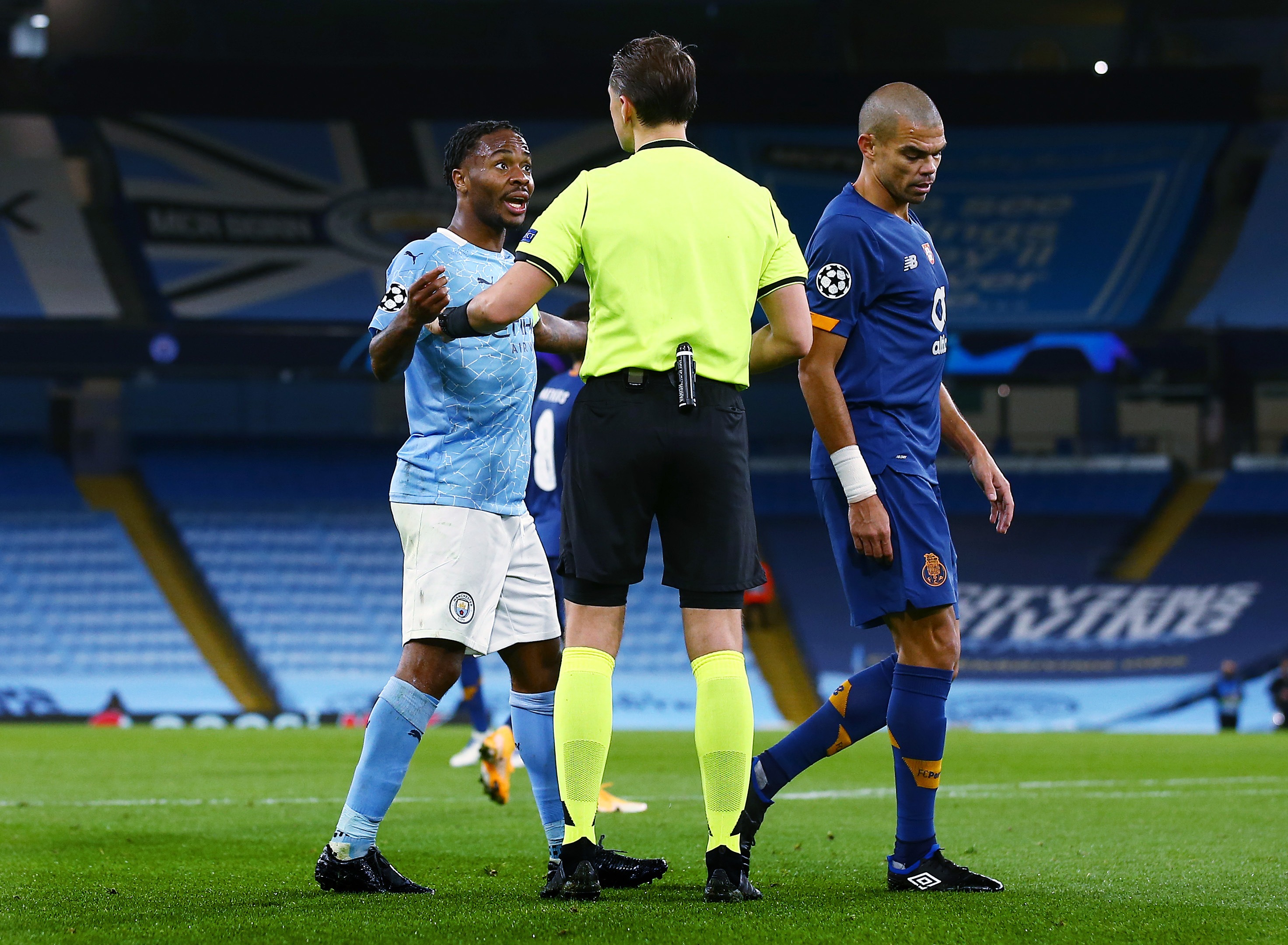 Another added: "How does Pepe get away with that assault on Sterling."

A third commented: "I don't understand how either. Seems like VAR went to sleep once again."

Sterling appeared to escape any injury from the incident but City did suffer a huge blow with the news Fernandinho is out for up to six weeks with what looked like a muscle strain in his leg.