HE thought it was all over… It's not now.

Four months after seemingly retiring at the Australian Open, and following two hip operations, Andy Murray has been filmed practicing at Wimbledon – heightening speculation over an incredible comeback at SW19 this July. 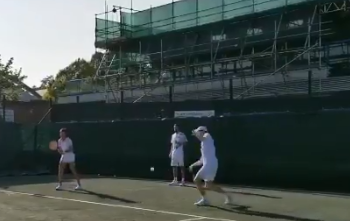 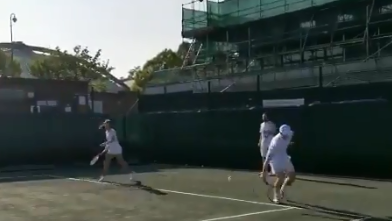 The two-time Wimbo champ, 32 next month, is shown digging out a backhand slice and firing over some relaxed forehand top-spins in his biggest hint yet of a serious return.

Scot Murray can be seen knocking up with Estonia's world No 15 Anett Kontavei and Britain's Canadian-born starlet Emma Raducanu, 16.

And the big question is whether former world No1 Murray is still pain free.

Just last week he revealed he had played his first round of golf without discomfort for six years.

That suggested his recovery from hip resurfacing surgery in January and April – following persistent injury problems in recent years – is going as smoothly as possible.

And tennis fans tweeted their delight at Murray's Wimbo outing today, one saying: "Seeing Andy pain free and hitting a tennis ball is so blooming good to see."

Murray himself said last month: “I want to continue playing.

“I said that in Australia. The issue is I don’t know if it’s possible.

“I’m a lot happier now than I was 12 months ago and since having the op. I have no pain in the hip.

“I was in pain for a long time. The rehab has been slow, it’s been going pretty well. I need to wait and see how things progress. 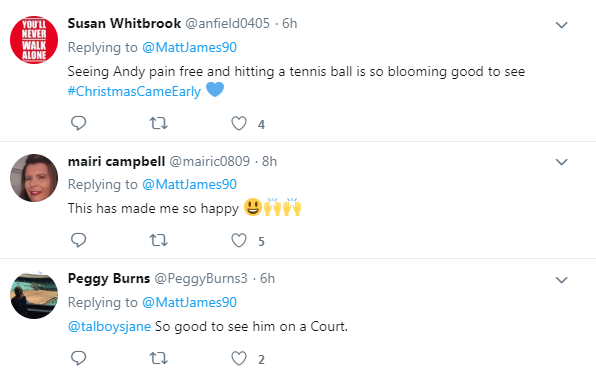 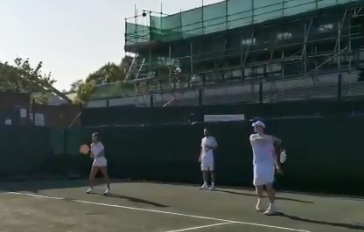