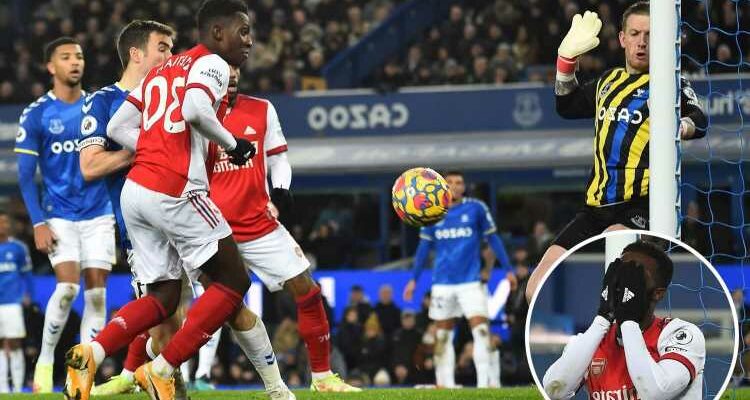 THIS is the moment Arsenal star Eddie Nketiah was shortlisted for miss-of-the-season as he hit the post from just a YARD out at Everton.

The Gunners striker had the chance to regain the lead for his team with just seven minutes left but fluffed his lines before Demarai Gray got the Toffees' winner just minutes later. 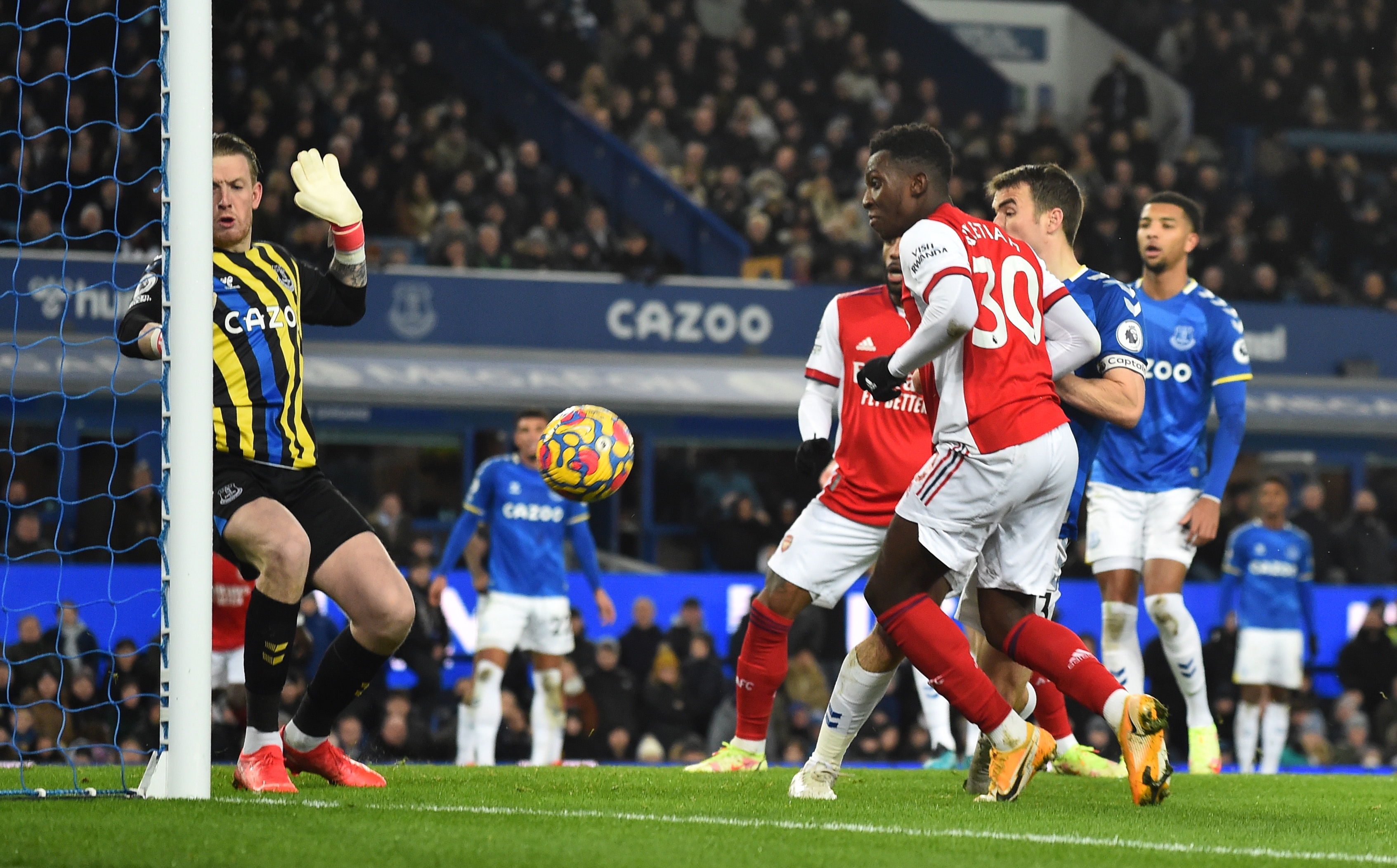 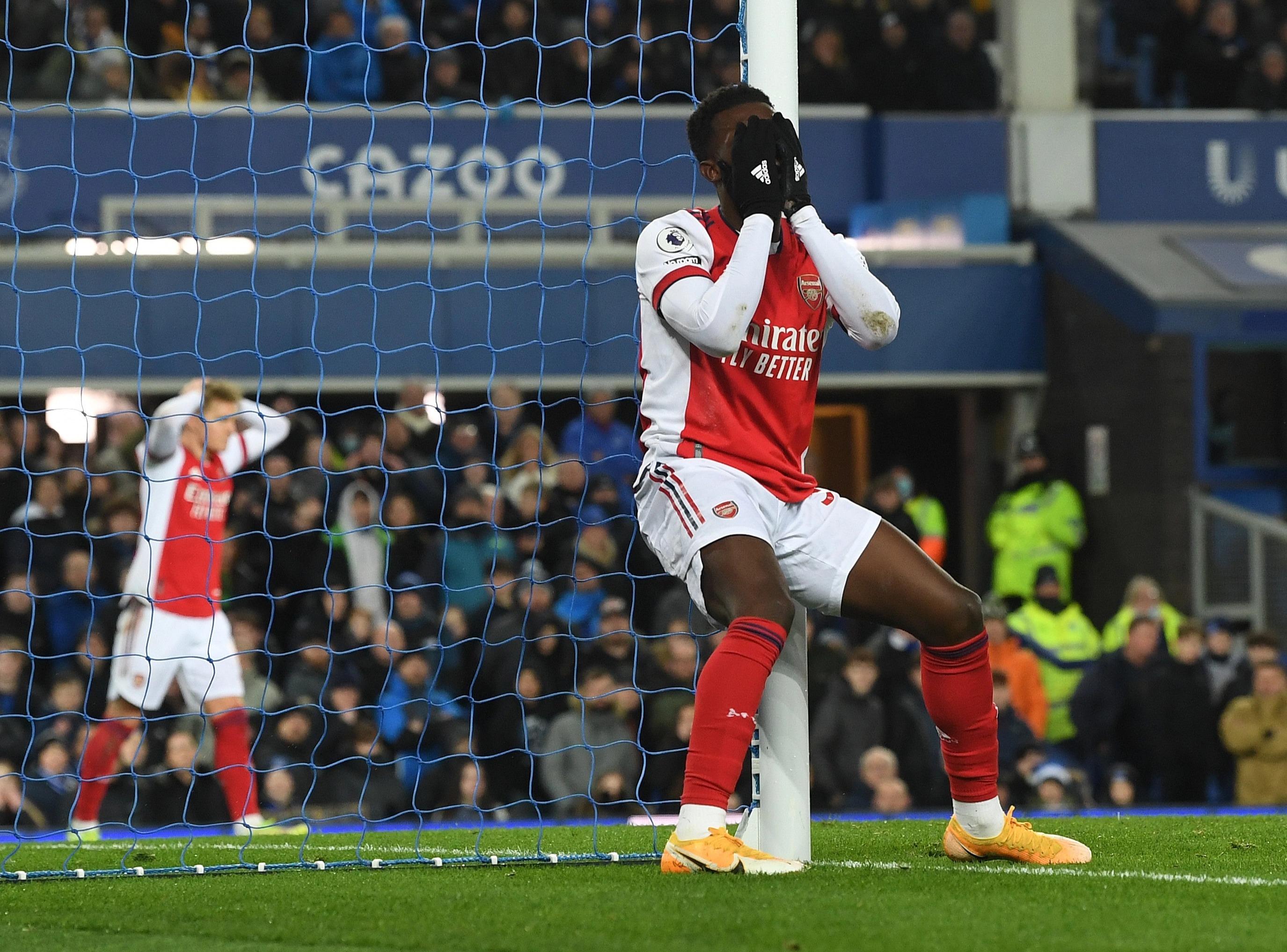 Arsenal were chasing a winner having had Martin Odegaard's first-half goal cancelled out by Richarlison's 80th minute strike.

And they looked to have done enough as Bukayo Saka floated a sumptuous lob to the back post as the clock ticked towards 84 minutes.

The winger executed a couple of tight step-overs on the right wing before working the ball on to his favoured left foot.

Having carved out a yard of space, he chipped an inch-perfect cross to the waiting Nketiah and all he had to do was nod it in.

The 22-year-old ran onto it and headed it down but the ball crashed back off the foot of the post.

Gooners online were NOT happy with the backup forward – especially as Gray made it 2-1 to the home side in the dying stages.

"Why are they still playing for this club?

"Get them out in January and sign some proper forwards. It’s beyond a joke."

Th decision could now see him leave on a free transfer at the end of the season.

Newcastle are said to be keen as they look to splash their newly-gotten Saudi cash.

Nketiah has reportedly become frustrated by his lack of first team opportunities and believes he needs a move to revive his faltering career.

His current contract expires at the end of the season and a number of clubs including Borussia Moenchengladbach, Nice and Crystal Palace are monitoring his situation.

He was close to a move to Palace in the summer but the clubs could not agree a transfer fee.

Arsenal were also not prepared to allow him to go out on loan during the final year of his Emirates deal.

Get all the latest Arsenal news, updates and transfer gossip with our live blogs

The England Under-21 international joined the Gunners in 2015 after being released by Chelsea.

He has scored 15 goals in 69 appearances in all competitions for the club since making his debut four years ago.

But the majority of those games have been as a substitute and he had not featured at all in the Premier League since April before last week's 3-2 loss at Manchester United.