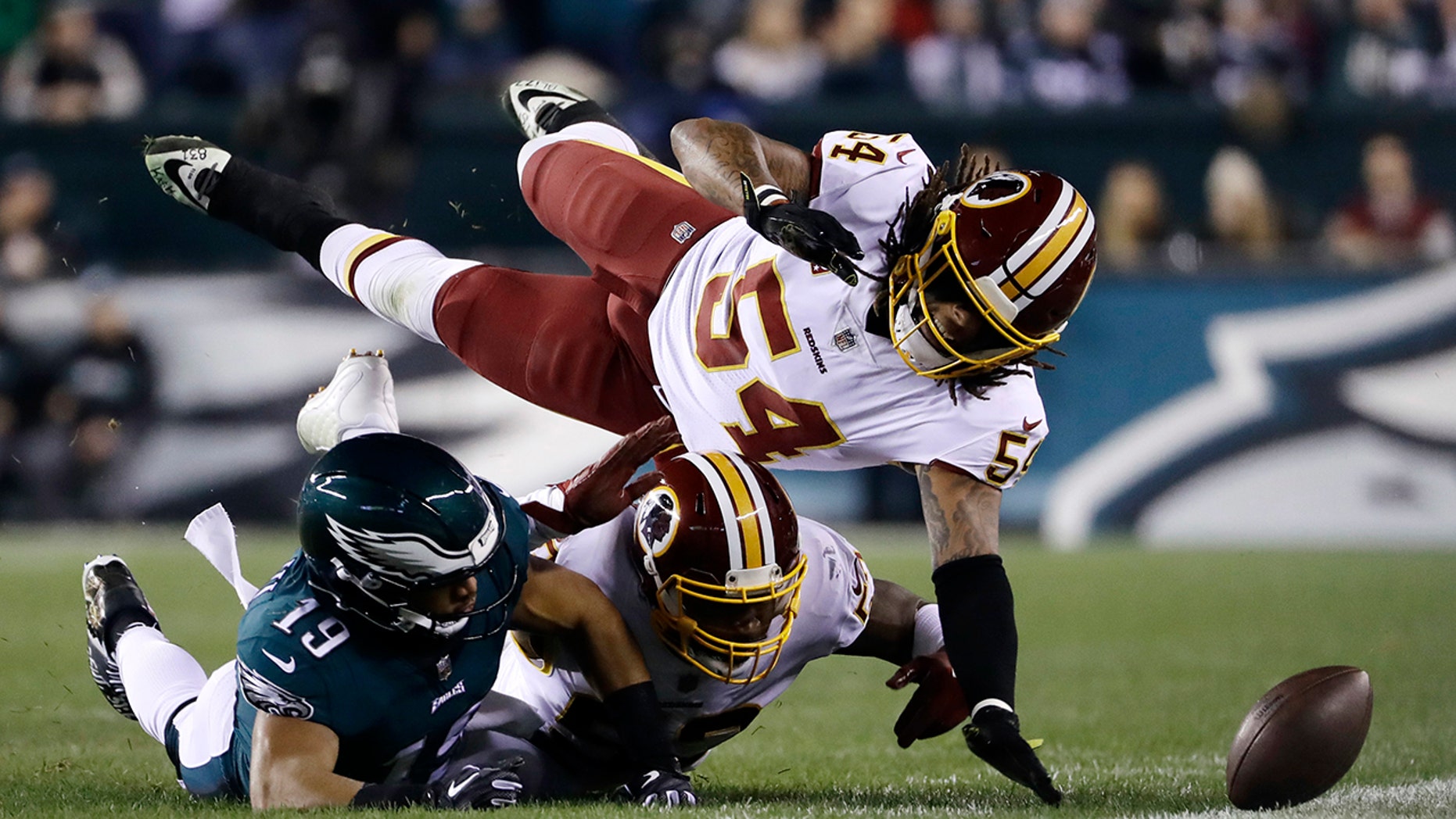 Mason Foster slammed the team and the fan base in a leaked conversation with a fan on Instagram.
(AP Photo/Michael Perez)

Washington Redskins defensive captain Mason Foster cursed out his team and its fan base in a leaked Instagram conversation with a fan Tuesday.

Foster told the fan, “F— this team and this fan base,” according to ESPN.

“Yeah and I'm not f—in wit it or being a scape goat to make fans feel better about all these big money ppl who ain't playin or getting dogged out,” Foster wrote. “Yeah I'll try my chances and go to a winning team next year … love the redskins but this ain't it for the African #LOVE”

Coach Jay Gruden downplayed the incident while speaking with reporters Wednesday, saying the message exchange was private and should not have been leaked.

“I really don't even care,” Gruden said. "It's a private message. I know Mason and how hard he's worked and how hard he plays. I know he wouldn't say anything publicly to do that. That was a private deal. He could've been messing around. I don't know the intent of that message; I don't really care.”

The outburst by Foster coincides with the team’s recent struggles.

Washington has lost five of its last six games, culminating in a 40-16 pounding by the New York Giants on Sunday. The Redskins also lost starting quarterback Alex Smith and backup quarterback Colt McCoy for the rest of the season due to injuries and the team was embroiled in a controversy of its own making when Redskins officials claimed linebacker Reuben Foster, who had been accused of domestic violence for a second time.