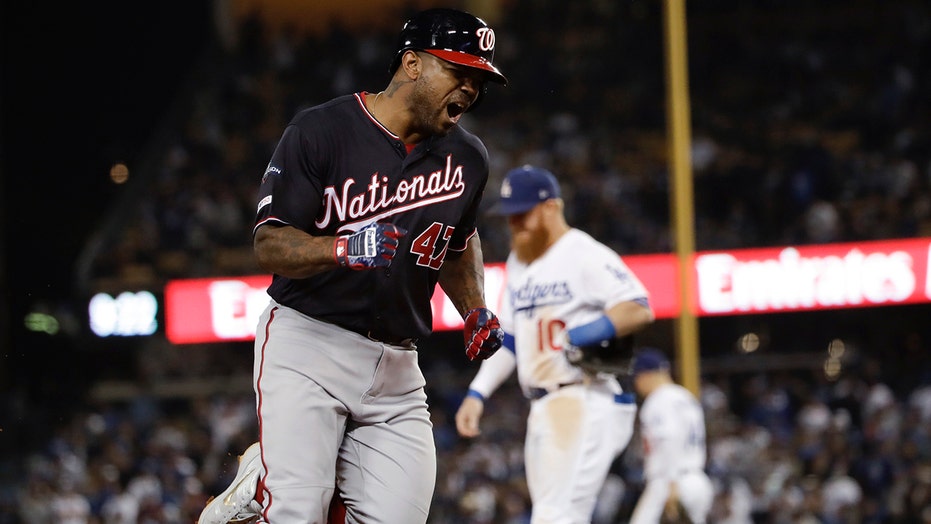 For the Los Angeles Dodgers on Wednesday night, it was a case of "the one that got away."

While that descriptor could certainly apply to the 106-win team's extra-innings loss in Game 5 of the National League Division Series, sending the Washington Nationals to the NL Championship Series, it's also apt when noting the Nats' elimination game hero: Howie Kendrick.

Before he belted a go-ahead grand slam in the 10th inning, Howie Kendrick spent 2015 and 2016 in Dodger blue. And while he put together some solid series with the club, he never had a bigger moment in the playoffs than the one Wednesday night as a member of the Nationals.

“I was hoping for any moment,” the 36-year-old said after the game. “It was electric. Probably the best moment of my career. We never gave up. The city had faith in us. The fans had faith in us. We believed in ourselves, everybody came through for us.”

Despite a solid 14 seasons with the Dodgers, Nationals, Philadelphia Phillies and Los Angeles Angels, Kendrick has only been an All-Star once and he initially seems far from the biggest threat in Washington's lineup, an honor reserved for sluggers Anthony Rendon and Juan Soto — who each homered in the eighth inning to tie the score at 3-3 and force extras.

But Kendrick has had a career renaissance since the Nationals acquired him during the 2017 season in a trade with the Phillies. Since joining Washington, Kendrick has a .322 average and .896 OPS in 213 games.

He’s played in two Championship Series in his career — in the American League with the Angels in 2009 and in the NL with the Dodgers in 2016. Kendrick and the Nats will now face the St. Louis Cardinals, for the right to go to the World Series.