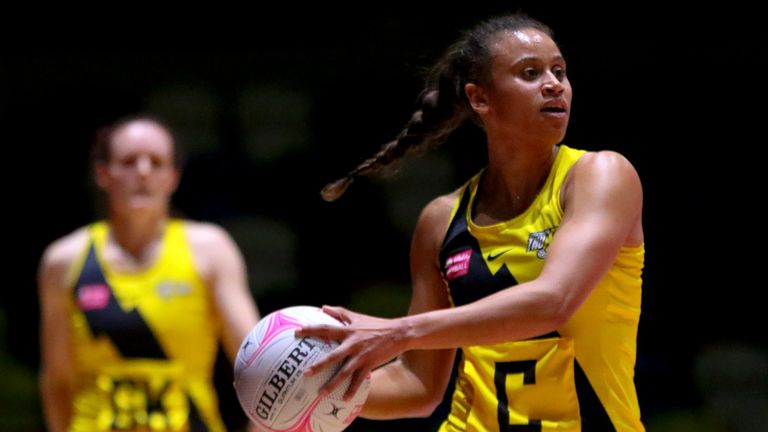 Manchester Thunder are approaching finals weekend energised and positive, and director of netball Karen Greig isn’t shying away from their desire to defend their Vitality Netball Superleague title on Sunday.

“It seems like an age ago when we were having weekly meetings with England Netball to see how the league could and would run,” Greig said to Sky Sports midway through finals week.

“To now be at the end of June and looking towards finals weekend, we’re so grateful for the situation that we find ourselves in.”

Not only has it been a long time since the conversations about how, and if, the 2021 Vitality Netball Superleague season could take place safely, but it’s been an exceptionally long time since Thunder’s last taste of knockout netball.

When they step on court against Team Bath Netball for their semi-final on Saturday, it will have been two years, one month and seven days since their successful 2019 Grand Final against Wasps. 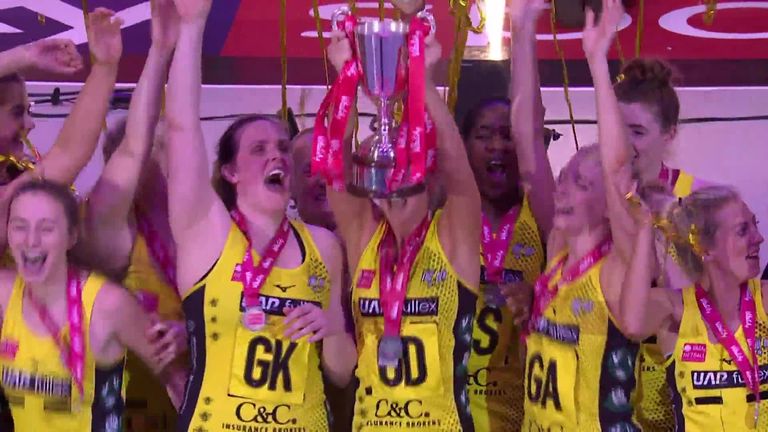 This season, Thunder’s bid to defend their title hasn’t been wholly straightforward; back-to-back losses at the hands of Bath and Wasps in Rounds Five and Six made heads turn.

However, with Karen Greig at the helm, alongside Tracey Neville and Gabrielle Towell, Thunder’s coaches stuck to their processes, as did their players.

As a collective, they problem-solved and as the rounds continued, Thunder built, before finding another gear again. A 60-46 victory over Loughborough Lightning in Round 19 and a 64-37 result against Strathclyde Sirens in Round 20, fired warnings shots to every other semi-finalist. It is crystal clear that Thunder are peaking, and they’re peaking at exactly the right time.

“There’s a huge amount of positively within the group,” Thunder’s director of netball and head coach said.

“The tiredness, without a doubt, is there and they’re feeling it, but the girls stepped out onto court on Sunday and put in a fantastic performance against Sirens.

“There was a real buzz and energy off the back of that game and we’re throwing everything at this week. The positivity around finals week and weekend has been superb. 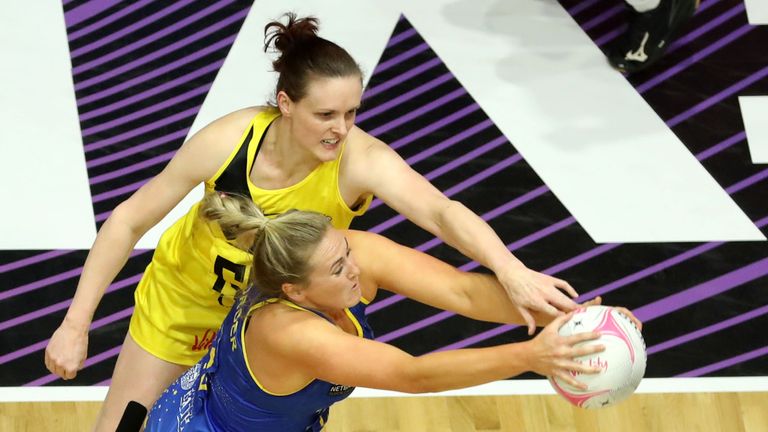 We couldn’t ask for anymore from the girls, the intensity that they’re putting out on the court and the purpose behind it is exactly what you need at this point.

“The conversations that we’re having are the right ones, and there’s definitely a real buzz around the squad, which hopefully will translate onto the court on Saturday.”

Within any team environment during a finals week, there can be a danger that players feel the emotions too much and use precious energy playing matches in their minds before they’ve been played. Greig isn’t worried that this is the case for Thunder, though.

“You look across our squad and a lot of them, probably 50 per cent of them, have been here before,” she said.

“Those players know what it feels like to be in the last week of training of the season, they know what’s needed during training and what it means.

“They’re really professional about it and the way that the more experienced players have been working with those who haven’t been in this situation before, has been second to none.

“The advice and the conversations have been there throughout the week and that’s fantastic.” 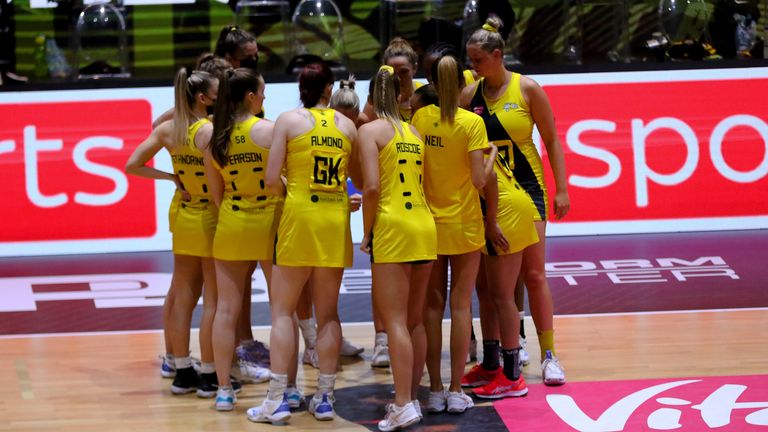 Within Grieg’s 15-player squad, seven are 21 years old or younger, so not only are they ready for the here and now, but many of her athletes are gaining superb lessons for the future too.

“It’s a young group but they’re hungry. They want to learn, they’re excited and they want to win.

“It potentially is a different experience for some of them, but they’ve also had their own finals already, in the form of NPL tournaments and championships within our pathway over the last five or six years.

“That means that these girls know what it means to play for Manchester Thunder in these big games, so they’re thriving in the environment and they’re pushing the whole group in training to ensure we’re as prepared as possible.”

Team Bath Netball will be Thunder’s semi-final opponents this weekend. They are an outfit that are going into the last-four contest off the back of successive defeats.

The second of Bath’s defeats was at the hands of Loughborough Lightning and it was a 19-goal loss. Grieg believes that those recent experiences will have fuelled Bath’s fire.

“I think it does make them more dangerous,” she said, honestly.

“We obviously had a bit of a sticky point at the start of the season, where we took some criticism and people didn’t expect us to bounce back as well as we have done.

“Bath are probably feeling that a little bit now, as they’ve had two performances which they won’t be overly pleased with over the last few rounds.

“I certainly know that Anna [Stembridge] will leave no stone unturned when it comes to playing against us and I know they’ll be as hungry as we are.

“Bath haven’t lifted the title for seven years or so now, and they’ll be wanting to change that this year. We’ve got to be ready for them and we’ve got to make sure that we assess every possible scenario that they’re going to throw at us in terms of combinations.

“Ultimately, with the players that they’ve got, you have people like Serena Guthrie and Layla Guscoth who do not give up on anything. We know that it’s going to be a really tough battle out there.

Thunder’s last battle with Bath was back in Round 14 and just three goals separated the two. On that day, they won two quarters each and the contest was decided by a final surge from Bath, which was inspired by England international, Guthrie.

For Thunder, the memories of that game and their earlier heavy defeat, won’t be a bad thing. Instead they’ll raise the stakes further.

Six rounds on from Round 14 and three months on from Round Five, Thunder are a different entity again and they’re not shying away from the fact that Saturday’s semi-final is the first part of a two-part challenge that they’ve set themselves.

And that’s it … final prep of our @thundernetball 2021 season ✅… girls couldn’t have given much more … is it Saturday yet!? #finalsprep #trainingoverandout 💛🖤 pic.twitter.com/yBZrYq9gxi

“If you ask the players if they’re excited… excited probably isn’t the right word,” Greig said. “Determined is the word.

“They know that there’s a big weekend ahead. After a tough year, and as far as how they’re looking at it, they don’t want this [season] to have been for nothing.

“We have high expectations of ourselves; we want to lift that trophy on Sunday and we’ve got a big game to get through first on Saturday.

“So, it’s about making sure that we’re as level-headed as we can be going into that semi-final, and that we approach it as our last game. Then, whatever comes after that, we’ll deal with it and take it on Sunday.”

Sky Sports is your home of netball. The Vitality Netball Superleague continues on Saturday, with the semi-finals live on Sky Sports Action and Mix and streamed on the Sky Sports YouTube channel from 1.30pm.