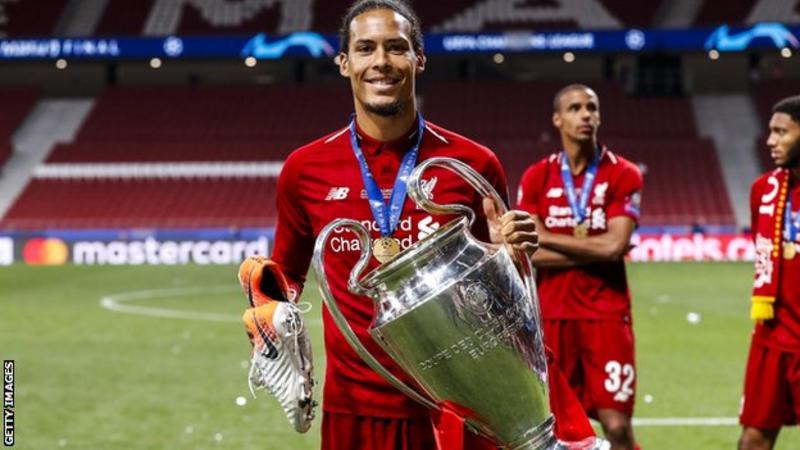 A Champions League winner and PFA player of the year, but could Liverpool defender Virgil van Dijk’s stellar 2019 get a whole lot better?

The Dutchman is odds-on favourite to win this year’s Ballon d’Or – and told BBC Sport: “If I am rewarded for the season I had that would be unbelievable and I would be so proud.”

Should he win? And who else is in the running? We take a look…

Who usually wins the Ballon d’Or? The Ballon d’Or – the award for the world’s best player – traditionally used to change hands most years – until the 10-year stranglehold that 6-4 second favourite Lionel Messi and Cristiano Ronaldo (five years each) had from 2008 to 2017.

So what do recent winners have in common? Usually they are forwards or creative midfielders – and normally they have just won the Champions League.

The last defender to win was Italy captain Fabio Cannavaro in 2006 after leading the Azzurri to World Cup glory.

Since then, nine of the 12 winners (well, four names – Kaka, Ronaldo, Messi and Modric) have won the Champions League that season.

In theory, the award is for a calendar year but it is mostly the previous campaign that is taken into consideration, with the shortlist usually named in October and winner announced in December.

The case for Van Dijk

Van Dijk, 28, was probably the best player for the European champions, which has been the main criteria for most of the past dozen years.

Since arriving at Liverpool from Southampton for £75m he has helped shore up an until-then leaky defence to an unbelievable level, showing lots of leadership qualities too.

Last season he played every Premier League game as Liverpool only conceded 22 goals – the lowest number in any of Europe’s top six leagues – and picked up 97 points to finish just behind Manchester City. He won the PFA award for player of the year in England.

The most remarkable stat is that nobody has dribbled past the former Celtic player in his past 64 appearances for Liverpool – a run starting in March 2018.

Is that one of those stats which sounds more impressive than it is?

Van Dijk was the only man to play more than 1,000 minutes in Europe’s top five leagues last season without being dribbled past. He played 3,385 minutes, only missing the final 35 minutes of a 3-0 win over former side Southampton in September with an injury.

Second on the list was forward Sam Vokes, who managed 914 minutes without anyone getting past him before he left Premier League club Burnley for Championship side Stoke in January.

The next top defender not to be dribbled past once in the league was veteran Italian Andrea Raggi, who played six Ligue 1 games for Monaco all season.

Van Dijk kept more clean sheets than any defender in Europe’s top five leagues, with 20. The top four were all Liverpool and Manchester City defenders.

He won a higher percentage of his duels than any other defender – 245 of 321 (76.3%) and ranked fifth on that list for aerial battles.

His major disappointments were missing out on the Premier League title with a record points haul for runners-up, and losing the Nations League final to Portugal with the Netherlands.

The other Liverpool players in contention 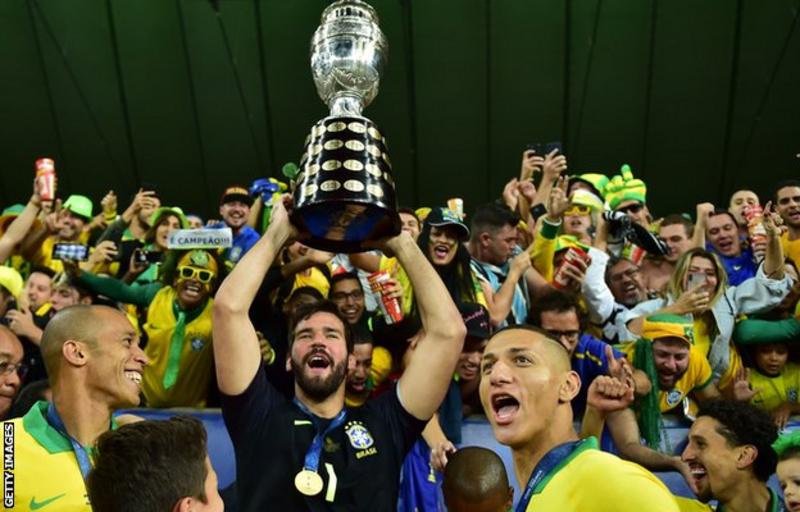 Four of the six favourites to win the Ballon d’Or are Liverpool players, according to comparison website Oddschecker.

Goalkeeper Alisson’s odds were cut to as short as 7-1 after helping Brazil win the Copa America with a 3-1 final victory over Peru this month.

He had a remarkable run of nine games without conceding for club and country, starting with Liverpool’s 4-0 Champions League semi-final second-leg win over Barcelona and ending with a Paolo Guerrero penalty in the Copa America final.

Alisson, who joined the Reds from Roma for £66.8m last summer, kept more clean sheets (21) than anyone else in Europe’s top five leagues, conceding one goal every 155.5 minutes – also the best figure.

“If I knew Alisson was this good I would have paid double,” said Klopp after a crucial save against Napoli prevented them from a Champions League exit in December.

He ranked third in successful passes (864) and fourth in percentage of shots saved (77%) in those leagues.

Soviet Union legend Lev Yashin is the only goalkeeper to win the Ballon d’Or, doing so in 1963.

Also considered to have outside chances are Reds forwards Sadio Mane, who lost the Africa Cup of Nations final with Senegal, and Mohamed Salah. The pair shared the Premier League Golden Boot with Arsenal’s Pierre-Emerick Aubameyang on 22 goals last season. 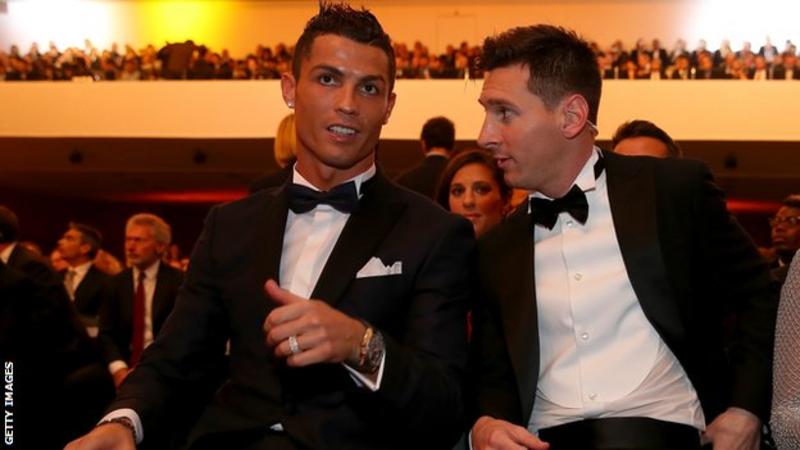 Barcelona’s Messi, who has surprisingly not won since 2015, and Juventus’s Ronaldo are second and fourth favourites respectively.

If the Ballon d’Or was purely for goalscoring exploits, you could not look past Messi – who managed a sensational 51 goals in 50 games for Barcelona last season – a goal every 78 minutes over an entire campaign.

Messi’s season ended in characteristic fashion – with a major tournament exit with Argentina. This time they lost to Brazil in the Copa America semi-finals.

Ronaldo, now 34, had his worst goalscoring campaign since his final season at Manchester United in 2008-09, with 28 goals in all competitions and failing to win a league or Champions League Golden Boot. His previous eight seasons had all yielded in excess of 40 goals.

However, he did win Serie A with his new club Juventus, and the Nations League with Portugal.

Beyond the six favourites already mentioned, everyone else seems a long shot.

The shortest odds for any of Manchester City’s domestic treble-winning players are Raheem Sterling and Copa America winner Gabriel Jesus at 66-1, the same odds as – for some reason – Tottenham and France goalkeeper Hugo Lloris.

City winger Mahrez, who also won the Africa Cup of Nations with Algeria, is 100-1.

Despite Ajax’s swashbuckling run to the Champions League semi-finals, none of their players are considered contenders, with Dusan Tadic at 175-1 and Frenkie de Jong and Matthijs de Ligt not even given odds.

Van Dijk, Messi and co will have to wait until an unconfirmed date – most likely in December – to discover who has won this year’s award.